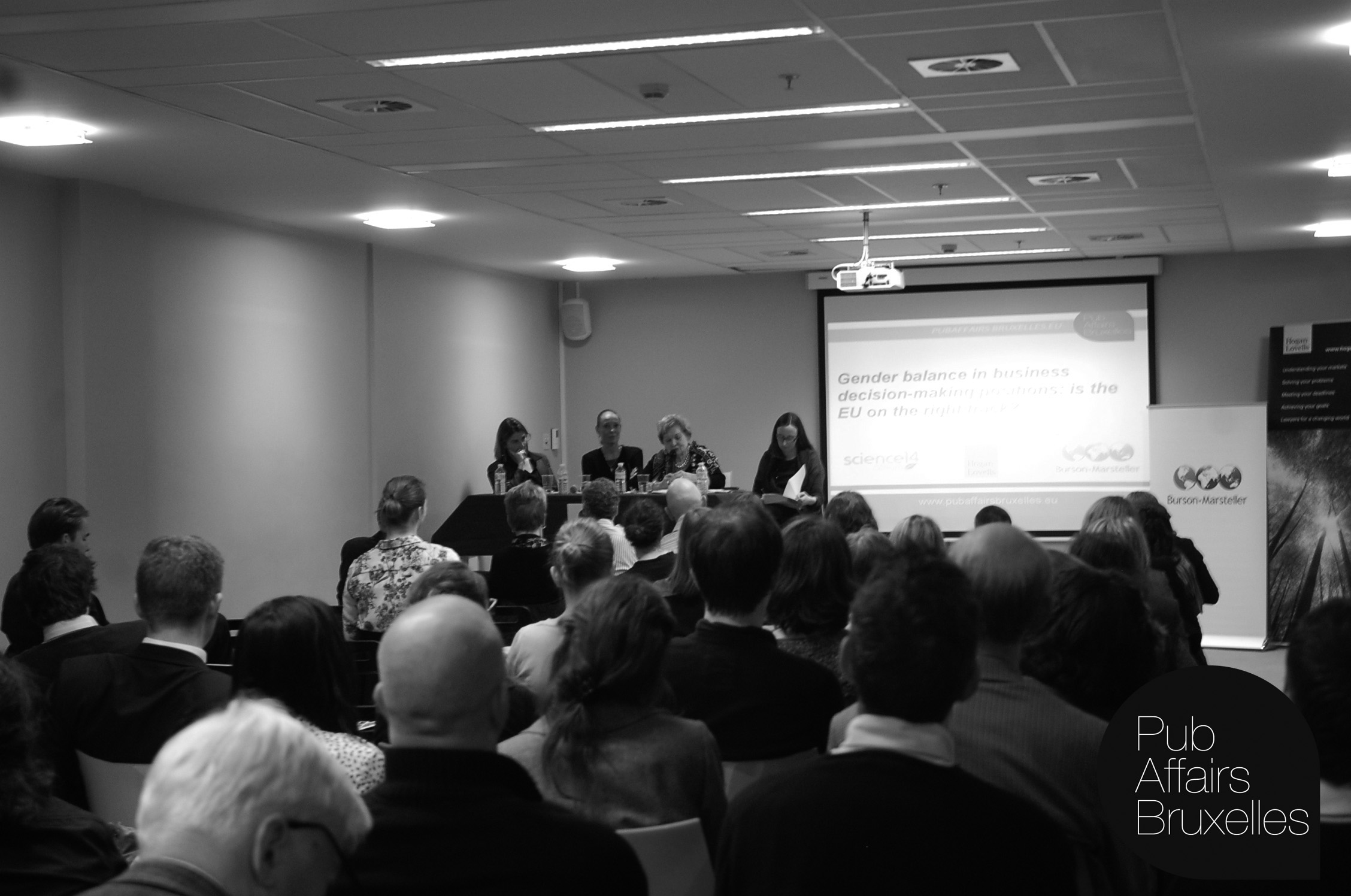 We are most pleased to invite you to participate in an evening of discussion on the issue of gender balance in decision-making positions with our distinguished speakers:

The debate will be moderated by Ms Emily Waterfield, Chief Correspondent at Mlex.

On the 14th of October 2013, both the European Parliament Committee on Legal Affairs and the Women’s Rights & Gender Equality Committee adopted their report on the so called “women on board” European Commission Directive proposal. At the same time, the European Commission released its new report on women in decision making and its mid term review of its broader gender equality strategy; the review points out a series of actions envisaged in order to further advance the role of women in the European society. These facts clearly indicate that the debate on gender equality in Europe, which has also included the issue of equal pay, the remedies against unfair treatment at work, as well as the unequal representation of women in politics, has again gained momentum.

Women’s representation on boards has been recently recorded at only 16.6% even though 60% of university graduates are of the same under-represented sex and despite the widespread agreement on the necessity of taking action against this situation. Although the figures are striking, the European public discourse on the matter of gender equality has not been exempted from controversies. The dispute on the methods by which women’s presence in key decision-making roles should be increased has led to a wider discussion upon the obstacles to convergence among different national strategies, on the ways to balance merit and gender belonging, as well as on the outcomes of already visible quota systems in some EU member states.

Furthermore, the issue of gender balance in business has governed the debate within Europe on matters such as the possibility of balancing work and family life. Aware of these dynamics, European Institutions are increasingly taking action to tackle inequalities and unfair treatment of women, nevertheless, commentators often disagree on the opportunity and the effectiveness of the measures which should be adopted.

Is the EU on the right track to regulate these matters?

Please, note that the debate will be held under the Chatham House Rule. The event will commence with a welcome drink at 7h00 pm, followed by a debate at 7h30 pm. After the debate there will be an opportunity for questions and discussions. We look forward to seeing you at 7h00 pm on the 12th of November at Science14 Atrium, rue de la Science, 14-b, Brussels.