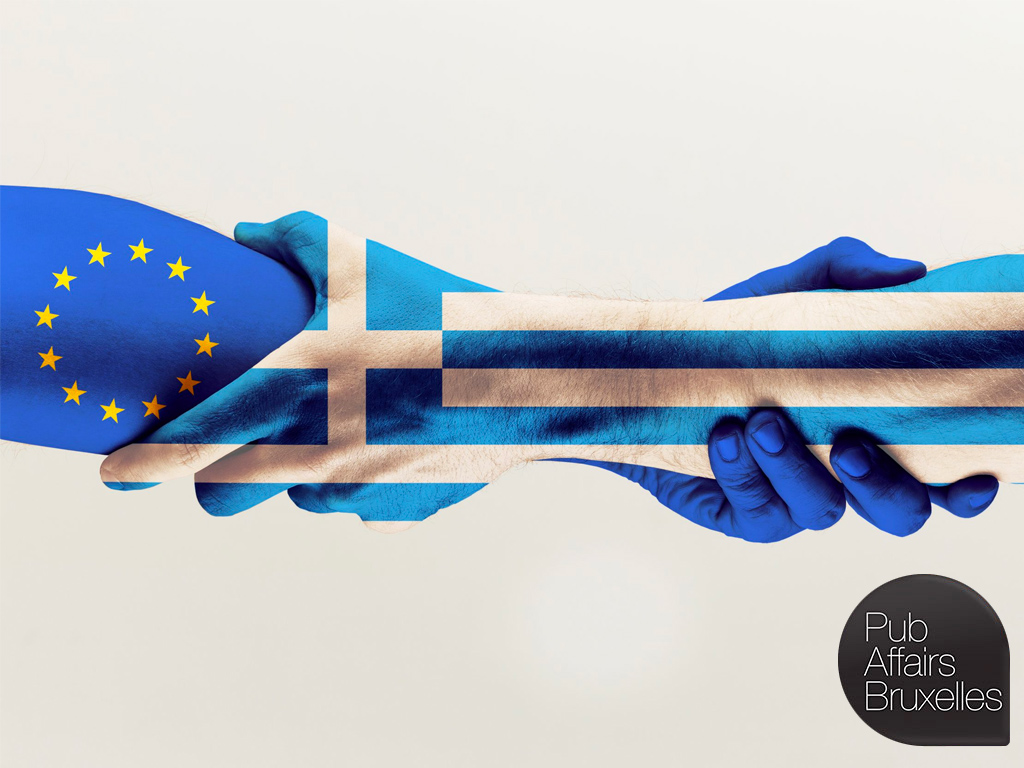 We are most pleased to invite you to participate in an evening of discussion on the theme of the challenges of the Eurozone after the Greek crisis, with our distinguished speakers

The debate will be moderated by Professor Pierre Defraigne, Executive Director of the Madariaga – College of Europe Foundation.

Please note that this event is held under the Chatham House rule. Participants are free to use the information received, but neither the identity nor the affiliation of the attendees, may be revealed. For this reason, unless explicitly authorised by PubAffairs Bruxelles, filming and/or recording the event by any means is strictly forbidden.

The turmoil due to the Greek bailout has, at the same time, overshadowed and highlighted the pivotal importance of the debate on eurozone governance which has been raging within European institutions since the end of last year. Although the prospect of a Greek exit from the eurozone has faded away, the European Union as a whole, and especially eurozone member states, are now confronted with the repercussions of their decisions during the crisis. Furthermore, they have to evaluate the various plans put forward to counter the effects of a long-lasting economic downturn, which have shaken the foundations of both the Economic and Monetary Union and the European integration process. European institutions have tabled a series of policy initiatives concerning Europe’s economic governance with the aim of enabling the EU economy to offset current trends.

If the “European Commission Communication on the economic governance review” of November 2014 which complemented the new EU executive strategy to boost investments, speed up structural reforms and foster growth-enhancing fiscal consolidation, could be held up as the first sign of a new set of EU economic and monetary policies, when the uproar of the debate on the decisions on Greece was at its apex, the so-called “Five Presidents’ Report” revealed the European institutions’ intention to foster the EU economic integration process in order to make the European economy more resilient and able to respond to asymmetric shocks. The report included short term measures, such as the completion of the Banking Union or the creation of a euro area system of independent competitiveness authorities, as well as long term ones, such as the establishment of a common eurozone treasury, openly aspiring at “starting a convergence process in order to shift from a system of rules and guidelines for national economic policy-making to a system of further sovereignty sharing within common institutions”. The report indicated as a timeframe for the completion of the European Monetary Union the end of 2025, while emphasising the potentials of financial integration, the fundamental role of sound and integrated fiscal policies, as well as the importance in the long run of a supranational system of fiscal stabilisation.

At the same time, in late June the European Parliament adopted its resolution on the review of the economic governance framework and urged the Commission to adopt comprehensive and decisive measures for the restoring of growth and the enhancement of competitiveness with special regard to the role of the Stability and Growth Pack. The Parliament’s report, among other issues, posed the questions of both the best application of flexibility in existing rules and the introduction of a euro area fiscal capacity based on own-resources, while pointing out the necessity to integrate the European Stability Mechanism and the so-called Fiscal Compact within the community framework.

In addition two other European Parliament reports on “Improving the functioning of the European Union building on the potential of the Lisbon Treaty” and on the “Possible evolutions and adjustments of the current institutional set up of the European Union” have been released. Some commentators have linked the legitimacy of the European Monetary Union to a better division between the executive and legislative powers, and to the creation of a budget specific for the eurozone. However, several doubts on the ability of the Union to follow such path have emerged not only due to the often problematic European economic convergence process motivated by the differences in opinions among Member States, but also due to the political and institutional criticalities which several of the proposed reforms may bring about. Will the European Union be able to overcome the obstacles to the completion of the Economic and Monetary Union?

The event will commence with a welcome drink at 7h00 pm, followed by a debate at 7h30 pm. After the debate there will be an opportunity for questions and discussions.  We look forward to seeing you at 7h00 pm on the 22nd of September at Science14 Atrium, rue de la Science 14-B, Brussels.

Can Europe combine flexibility, sustainability and innovation when regulating the platform economy?

A successful euro changeover in Croatia

The Recovery and Resilience Facility: What are we really monitoring with a performance-based approach?

The FT heads to Davos