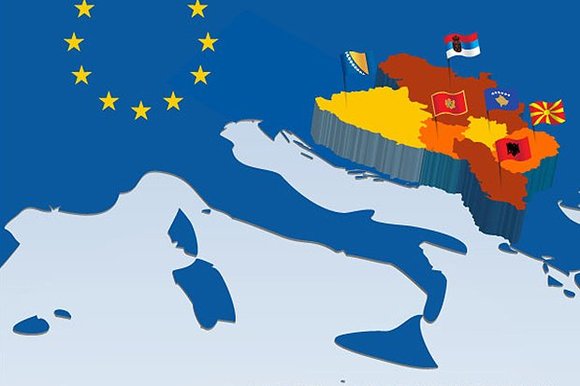 In his 2017 State of the Union address, President of the European Commission Jean-Claude Juncker re-affirmed the European future of the Western Balkans countries:

“If we want more stability in our neighbourhood, then we must also maintain a credible enlargement perspective for the Western Balkans. It is clear that there will be no further enlargement during the mandate of this Commission and this Parliament. No candidate is ready. But thereafter the European Union will be greater than 27 in number. Accession candidates must give the rule of law, justice and fundamental rights utmost priority in the negotiations.”

EU Heads of State or Government have supported the European path of the region consistently, most recently in conclusions by the President of the European Council in March 2017:

“The European Council […] reaffirmed its unequivocal support for the European perspective of the Western Balkans. Welcoming the progress made by the countries of the region, the European Council stresses that the EU remains committed and engaged at all levels to support them in conducting EU-oriented reforms and projects.”

The Western Balkans are part of Europe, geographically surrounded by EU Member States. The peoples of the EU and the region have a common heritage and history and a future defined by shared opportunities and challenges. The EU has long been strongly engaged in the region. From the Thessaloniki European Council in 2003, it has supported the future of the region as an integral part of the EU.

Since then, the European perspective of the region has helped the countries to achieve overall political and economic reforms with improved democratic processes. Visa liberalisation and much improved regional cooperation are fostering more open societies. In 2016, the region’s total trade with the EU was over EUR 43 billion, up 80% since 2008 and with significant further growth potential. EU companies are also the biggest investors in the Western Balkans, with over EUR 10 billion of Foreign Direct Investment in the region in the past five years alone. The interlinkage and interdependence of the region with the European Union was evident in the migration crisis. The countries of the region are increasingly acting as partners on the global stage.

This firm, merit-based prospect of EU membership for the Western Balkans is in the Union’s very own political, security and economic interest. It is a geostrategic investment in a stable, strong and united Europe based on common values. It is a powerful tool to promote democracy, the rule of law and the respect for fundamental rights. A credible accession perspective is the key driver of transformation in the region and thus enhances our collective integration, security, prosperity and social wellbeing. It remains essential for fostering reconciliation and stability.

Furthermore, the EU’s enlargement policy must be part and parcel of the larger strategy to strengthen the Union by 2025 set out by President Juncker in his State of the Union speech of September 2017. It is an investment in the EU’s security, economic growth and influence and in its ability to protect its citizens.