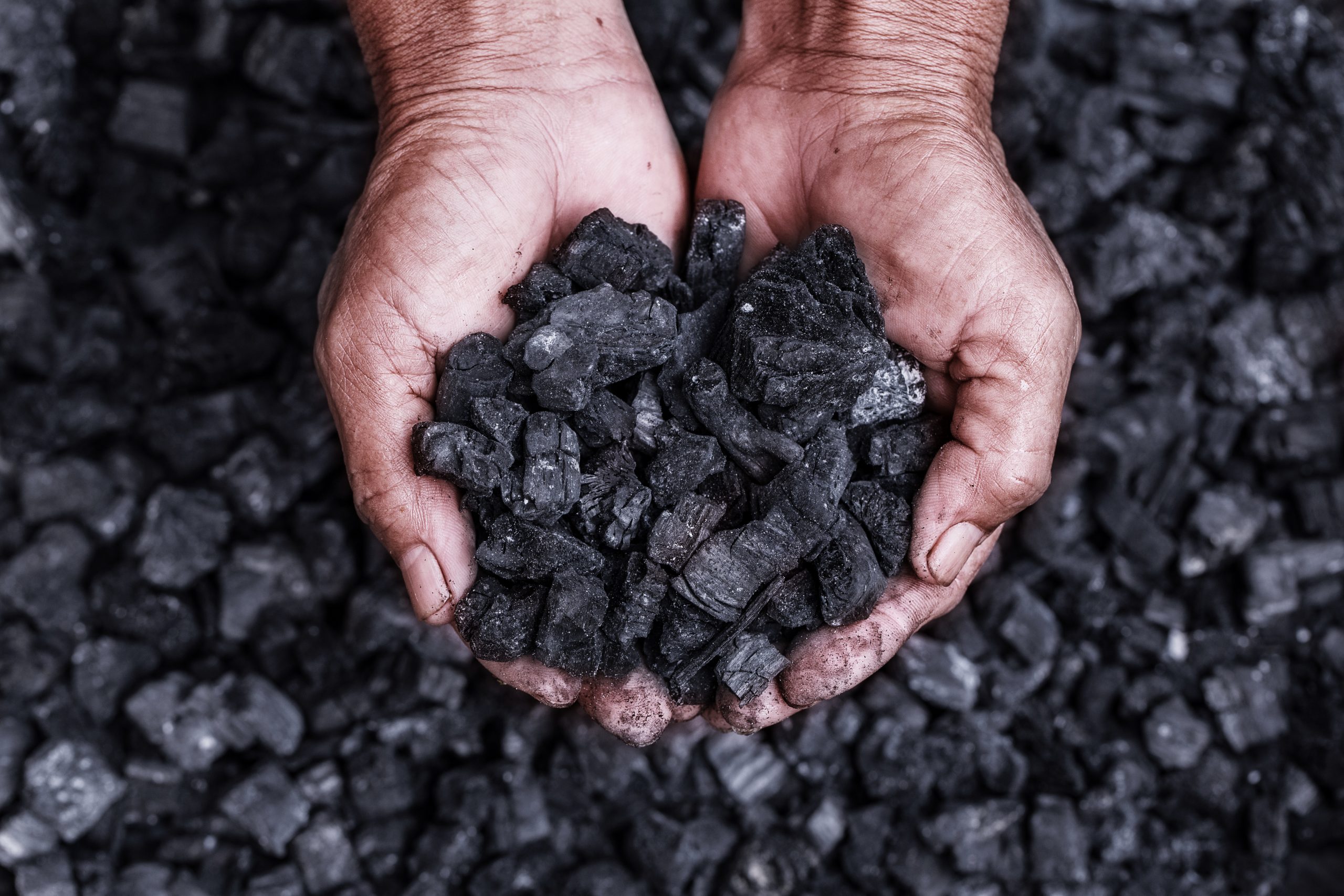 Chancellor Angela Merkel, with no concrete plans to curtail its huge coal industry, will be exposed as her country plays host to Fiji’s climate presidency

Not far from Germany’s largest brown coal mine, the United Nations’ COP23 climate summit is about to take place in Bonn.

While implementing the Paris Agreement will take centre stage under the presidency of Fiji, the host country Germany must be ready for uncomfortable questions about its climate and coal-burning record, but will also showcase its renewable energy success stories.

In November 2017, the city of Bonn will host a ‘talanoa’-inspired global dialogue in the ‘Bula zone’ in and near the city’s World Conference Centre. Fiji, the first small South Pacific island state to assume the presidency of the annual United Nations climate summit, will add its national flair to the event by greeting the participants with its famous welcome (‘bula’), and inviting them to share stories, build empathy, seek consensus, and make wise decisions for the collective good (‘talanoa’) .

“We are all in the same canoe”, incoming summit president and Fijian prime minister Frank Bainimarama said in September at the UN General Assembly, and Germany’s environment minister Barbara Hendricks told the Clean Energy Wire in the summer that “at the climate conference in Bonn, we want to highlight the vulnerable role of island nations to the world”.

The match between Fiji and Germany was made when the island state accepted the presidency of the next conference of the parties (COP) to the United Nations Framework Convention on Climate Change (UNFCCC), but said that it could not play host to the summit. The COP’s Rules of Procedure stipulate that in such a case, the headquarters of the UNFCCC must assume the role of host. This happens to be Bonn, a city of 314,000 inhabitants in the state of North Rhine-Westphalia, Germany’s coal and steel industrial heartland.

The German government has agreed to provide technical support. Since the decision was approved in autumn 2016, the host city and former capital of West Germany has had precious little time to prepare for the influx of around 25,000 delegates, NGO representatives, and journalists. Construction work is still underway in Rheinaue, a recreational park near the United Nations offices.

Germany will host the momentous climate talks – which produced the 2015 Paris Agreement that aims to limit the increase in global average temperatures to “well below 2C above pre-industrial levels” –  as it strives to form a new coalition government. In elections in September, incumbent chancellor Angela Merkel (sometimes referred to as the “climate chancellor”) won another victory for her conservative CDU/CSU parties.

However, this majority is not enough for her to form a government on her own, and now, for the first time, she has to hammer out a coalition deal with both the Green Party and the market liberal Free Democrats. The Greens want Germany to phase out coal-fired power plants, which are responsible for one third of the country’s CO2 emissions. This is one of their main conditions for participating in any future coalition government.

“Having the COP in Bonn should help the German debate,” Lutz Weischer, team leader of international climate policy at NGO Germanwatch, said.

In Bonn, the German leaders will have to answer some difficult questions about their approach to coal-fired power generation, and will also have to explain the country’s overall stagnation in greenhouse gas reductions over the past years.

COP presidency holder Fiji, which together with other small island states is under immediate threat from rising sea levels due to global warming, will certainly be inquisitive. The Pacific islands signed the Suva Declaration in 2015, which called for a moratorium on fossil fuel expansion and the opening of new coal mines.

What? A meeting of 197 parties to the UN Framework Convention on Climate Change, where the implementation of the Paris climate agreement will be the major point of negotiations.

Not just Donald Trump news! Climate Home will be taking its biggest ever team to the talks.

Jochen Flasbarth, state secretary at the federal environment ministry and a member of the German negotiating team in Bonn, said that while Germany clearly has some success stories – for example that it generates 35% of its electricity from renewable sources – the fact that it still uses coal means that its carbon footprint remains significant.

“Just investing in renewables but not stopping using fossil fuels at the same time is not the way forward”, he said. “It is clear that reaching the 2 degrees [Celsius goal] and having 1.5 degrees in mind is impossible with fossil fuels. We believe that we can have a completely renewable society by the middle of the century,” Flasbarth said during a webinar in September.

The government will showcase the headway that Germany has made in transforming the energy sector and integrating renewables by presenting various projects in North Rhine-Westphalia to journalists during the COP.

Germany could also generate positive news by supporting the 48 most vulnerable countries, including Fiji, in their efforts to achieve 100% renewable energy generation by 2050, Weischer at Germanwatch told the Clean Energy Wire.

Negotiators in Bonn will be tasked with hammering out the nitty-gritty details of the Paris climate agreement’s rulebook. While much emphasis has been placed on the “well below 2C” global warming target, it is the other landmark achievements in the 2015 treaty that now have to be cast into applicable rules to ensure that the key climate targets are reached.

“The Paris Agreement has a very good long-term target, but the national commitments to reach this target are not sufficient yet. In the end, the agreement is only as good as the rules are that implement it,” Weischer said.

The rulebook will have to include details on:

The rulebook – which some countries prefer to call ‘implementation guidelines’ because it sounds less binding – is due to be finalised at the next COP meeting in Poland in 2018. This is required because in 2020 the countries must start submitting their data for the 2023 stocktake, so a set of rules on how this should be done must be in place by then. The summit in Bonn is expected to produce a draft text, which will still be riddled with brackets and multiple options.

Germany and the European Union member states will be represented at the Bonn summit by the Estonian EU presidency, and will follow a pre-coordinated negotiation strategy. Traditionally, the EU pushes for ambitious guidelines that are detailed, binding, transparent, and ensure a high level of comparability.

Other topics on the negotiating agenda in Bonn will include adaptation measures and their communication, as well as climate finance and loss and damage associated with climate change.

During the preparatory sessions for COP23, some old fault lines between industrialised nations and developing countries have resurfaced, despite the fact that the Paris Agreement is for the first time obliging all parties to make plans for their climate change mitigation efforts. However, the treaty also gives developing countries “flexibility” when reporting on climate change action; recognises the need to support such nations in their implementation of the agreement; and makes clear that the increase in ambition with each new NDC depends on “differentiated responsibilities and respective capabilities”.

Defining implementation rules that are strict enough to ensure that the countries are actually following through with their mitigation efforts, and giving those countries that need it enough leeway in their reporting and climate actions, will be at the heart of the negotiations in Bonn. “I am sure some of the usual negotiating tactics, including blocking certain outcomes for a while, will be used”, says Weischer. One such tactic could be that the developing countries link their approval of the rulebook to more frequent reviews of climate finance and the future of the adaptation fund.

This piece was originally published on Clean Energy Wire under a Creative Commons License.