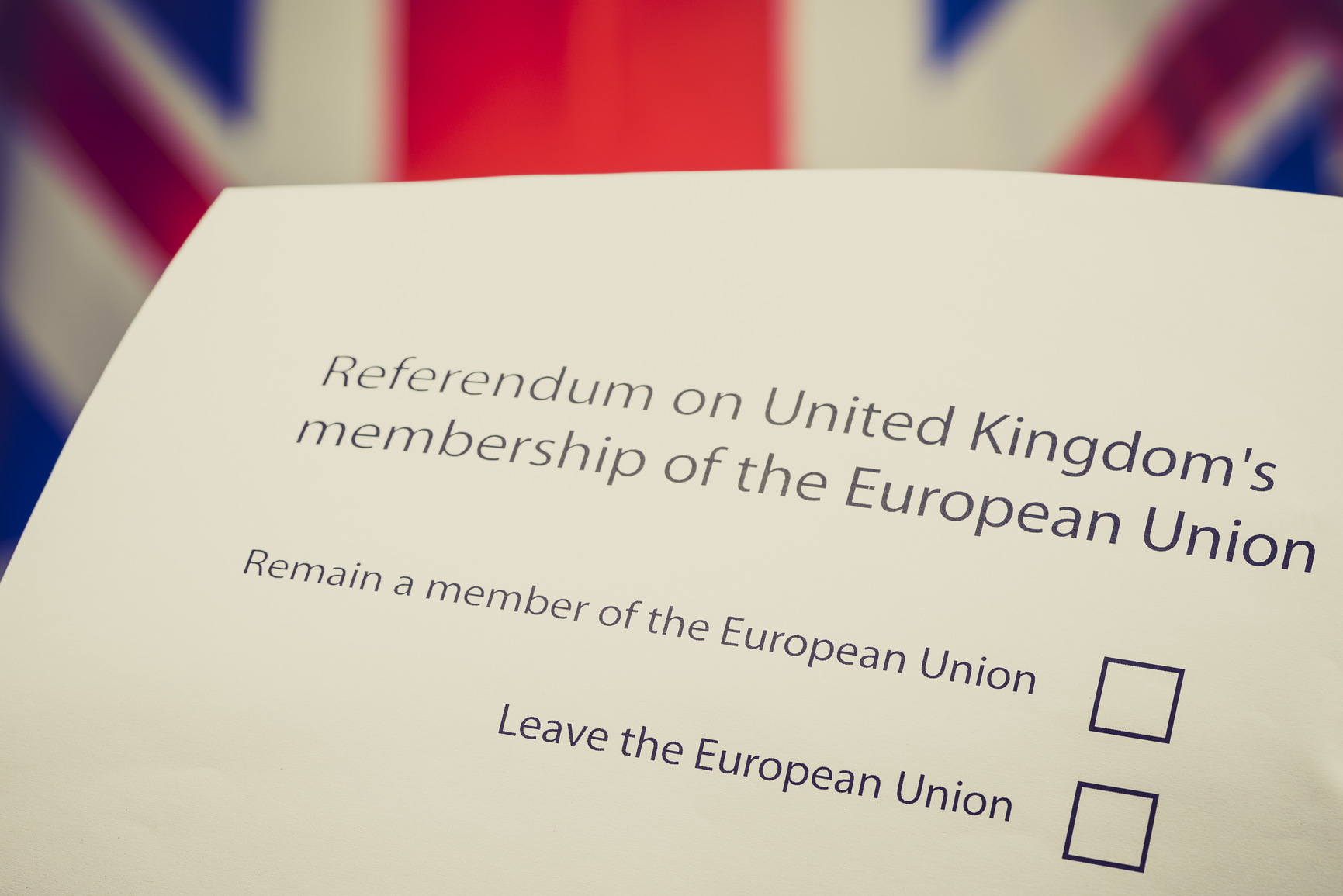 As the Brexit negotiations labour on, the complexity of what lies ahead is finally, painfully, becoming clear to the British government. Over the summer, a cacophony of proposals emanated from the UK government on what the country’s exit from the European Union and the future relationship might look like. Some Brexiteers, including Secretary of State for Exiting the European Union, David Davis, now seem to accept the idea that, although the United Kingdom is due to leave the EU on 29 March 2019, some sort of a transitional phase will be necessary.

This has already been explicitly acknowledged by the European Council and the European Parliament and now appears to be on the cards on the EU side of the Channel. While as a matter of principle the idea of a transitional regime is pragmatic and sound, it will be very difficult to accomplish. With this in mind, Article 50 already sets out a withdrawal phase that can, and should, be considered ‘transitional.’

We argue that the only workable way forward now is an extension of the two-year negotiation period. The political and procedural complexities of possible bespoke transitional arrangements are a minefield and would necessitate a feat of legal acrobatics. This game may not be worth the candle.

What is a transitional period?

EU official documents talk about a “transitional period”, while UK political circles prefer the notion of an “implementation phase”. Either way, we are talking about an interim solution that would serve as a bridge somewhere between full membership of the European Union and the entry into force of an agreement on the future relations between the UK and the EU.

The first key issue to address is whether the interim phase should cover the period during which the UK is still a member state negotiating withdrawal or whether this phase only begins when the UK has already left the EU. From the perspective of EU constitutional law, it is the latter. It would be very difficult to square this circle before the UK leaves the EU. The way in which Article 50 structures the withdrawal process stipulates that, until the point of exit, the withdrawing state remains a member state and it (and its citizens) continues to be subject to the rights and duties that EU law imposes. This may not be acceptable to some Brexiteers, but without agreement on this point a bespoke transitional phase might be easier said than done.

The second important question is what the transitional phase should cover and for how long. The EU seems to be waiting for the UK to make up its mind, although we already know that the European Parliament is happy to agree to a maximum three-year transitional regime. The logic of a transitional regime is that the UK would remain in the customs union and the internal market until an agreement on future relations enters into force. Alas, Whitehall is creative in its slogans and soundbites but short on precise proposals for how to take this forward.

The third key question is what the transitional regime would be based upon. Since a transition to the European Economic Area would be too complex and time consuming, the interim phase would either have to be a bespoke arrangement anchored in the withdrawal agreement or it would amount to an extension of the two-year deadline laid down in Article 50. We consider both options in turn, below.

Transition through a withdrawal agreement

The first way to agree upon a transitional regime in accordance with Article 50 is to build it into the withdrawal agreement itself. Indeed, that appears to be the position of the institutions, whose stated goal is to settle, in the pre-withdrawal phase, matters such as citizens’ rights, the succession of obligations and legal certainty, and the outstanding UK contributions to the EU budget. The idea is to put these matters into a first agreement that, in the terms of Article 50, will set out the arrangements for the UK’s withdrawal “taking account of the framework for its future relationship with the Union.” A further agreement on future UK-EU relations would then be negotiated as an agreement concluded by the UK – by that point a third country – and the EU. Only that agreement would settle for good the obligations between these parties after the end of the transitional phase.

Providing for such a transitional regime in an initial withdrawal agreement would, however, open a procedural and legal Pandora’s box. First, the withdrawal agreement would have to regulate the participation of the UK in the EU institutions and its continued contributions to the EU budget. While participation in the Council and European Council may prove reasonably straightforward, participation in other institutions, particularly the European Parliament and the Court of Justice, could be more difficult. Should the UK keep the right to have members of the European Parliament during the transitional period? Furthermore, what would be the involvement of UK representatives in EU agencies and advisory bodies? On the one hand, insofar as it would be bound by a range of existing key policies and, quite possibly, the bulk of EU single market regulation, restricting participation in the representative bodies would undermine the EU’s principle of representative democracy. On the other hand, to guarantee such participation could be highly disruptive for the Union.

Another crucial issue is the role of the Court of Justice during the transitional period. Indeed, the most significant legal question that a bespoke transition raises is whether the UK would continue to be bound by EU law directly during the transitional phase. If it were to remain in the internal market and customs union, surely the EU would expect the UK to do so. That, however, is difficult to marry with the fact that the UK has already taken steps to sever links with EU law and end the jurisdiction of the Court of Justice. For instance, in a recent paper, the UK government highlighted that the Court’s jurisdiction in the UK would cease at the point of exit from the EU, not at the end of a transitional phase (or, in any case, without clarifying whether a transition would qualify as exit for the purposes of UK law or not).

Furthermore, if the European Union (Withdrawal) Bill 2017-19, currently being debated in the House of Commons, is enacted in its current form it would terminate the direct application of EU law in the UK upon withdrawal. While it will maintain existing EU law through UK implementing legislation, it does not protect against potential repeal during a transitional period and altogether excludes significant parts of EU law from the UK, such as the application of the Charter of Fundamental Rights. Another outstanding elephant in the room would be EU external relations. Would the existing EU agreements with third countries cease to apply to the UK as of the date of exit or at the end of the transition phase? As a consequence, would the UK then be granted the right to negotiate its own deals? If so, as of when? And how could its automatic exit from the EEA be managed?1 Would it continue to be represented by the EU in the WTO? These are in themselves fraught legal matters concerning the succession of the customs union and the future renegotiation of tariffs. Secretary of State for International Trade, Liam Fox, is vehemently opposed to the idea of a transition in these fields. Yet the idea that the UK could simply copy-paste the existing trade agreements into its future deals with third countries is problematic. While some of the straightforward trade agreements could serve as a blueprint, the majority of agreements with neighbouring countries are bespoke EU deals, for example the Stabilisation and Association Agreements with the Western Balkans or the comprehensive trade agreements with Ukraine, Georgia and Moldova.

There are, therefore, key constitutional issues to be agreed before any transitional regime is possible. In fact, the idea of a withdrawal agreement in which a provisional regime is set out appears to retain all the legal problems of arranging for the UK to leave the EU in less than two years. It is too short a timeframe for a solid agreement to be drafted, but does not bring any substantial benefits because it is – precisely – non-permanent.

While the idea appears to be premised on the assumption that such an arrangement would not require as much detail as a permanent regime, that is not necessarily the case. The prima facie acceptance of the notion of a transitional regime on the part of the EU institutions seems to assume that a lot of elements would be taken over in that agreement rather than being renegotiated, particularly the EU’s exclusive internal competences, such as competition, the Common Agricultural Policy or the Common Fisheries Policy. In view of the kind of legislation that is currently pending in the UK, however, the answer may well be that much more detail is required within such an agreement to ensure that the benefits of common action in these fields are retained and effectively enforced in the UK. The UK’s insistence on removing itself from the CJEU’s jurisdiction and choosing only aspects of the acquis in the Withdrawal Bill imply that its negotiators may have a very different sort of transition in mind. Here again, the lack of detail suggests that the UK government is still in the brainstorming phase.

Common sense should prevail. A good transitional arrangement would have to resolve so many of the sticking points in the negotiations that it would be almost as difficult to achieve as a permanent arrangement. If, in turn, most features of membership are maintained in that transition, it would make more sense to extend the two-year period laid down in Article 50 TEU to a more workable timeline for finding a durable solution. By doing so, both parties would retain the motivation to reach agreement since neither does the UK want to remain in the EU but nor does the EU want a member that is permanently on the way out. Although extending the two-year period would be politically tricky to accomplish, it would still require far fewer resources than the creation of a tailor-made transitional regime. So far, the latter seems to be little more than a political ploy for upholding the mantra that ‘Brexit means Brexit’.