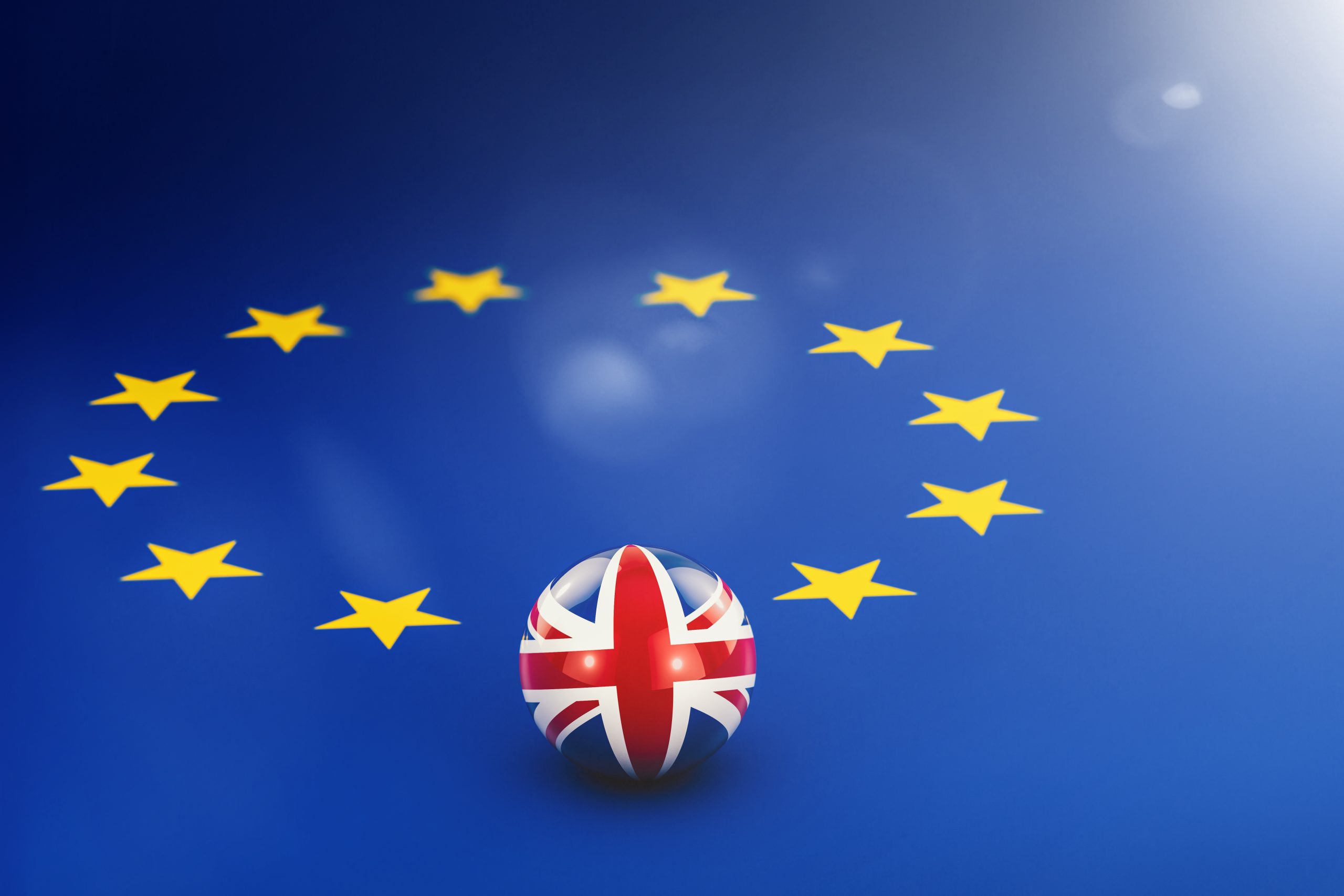 With seven months to go until the UK officially leaves the EU under Article 50 of the EU Treaty, we have looked at the possible effects of a failure to conclude or adopt a withdrawal agreement between the UK and the EU27 – a no-deal scenario.

Because of the many unknowns and variables surrounding Brexit, the scenarios outlined here are based on contexts and policy areas in which it is easier to estimate the practical consequences and costs than in others.

Importantly, a no-deal scenario also means there would be no transition period to provide time for negotiations on the future relationship.

Below we look at a few important areas that would be affected by ‘no deal’. For more comprehensive analysis of these and other areas, read our new Research Briefing What if there’s no Brexit deal?

Leaving the EU without a withdrawal agreement could be the result of various scenarios, including:

Another no-deal scenario could arise if, despite a withdrawal agreement being agreed and implemented, at the end of the transition period there is no EU-UK agreement on future EU-UK relations; or there is an agreement but it has not been ratified in the EU Member States or entered into force.

If no deal is reached, how might this affect the UK?

It is difficult to pinpoint the economic impact of ‘no deal’ with certainty.  However, economic analysis can broadly estimate some of the likely consequences.

Many economists expect the pound to fall in value in the event of ‘no deal’. This would mean the price of imports would rise, pushing up inflation. However, UK exports would become cheaper internationally, potentially mitigating some of the disruptive effects on trading with the EU. There might also by an opportunity for improved UK growth prospects from trade deals with other non-EU countries.

But most economic modelling in this area shows that the potential benefits of leaving the EU with ‘no deal’ over the longer term do not make up for the higher trade barriers with the EU, given its importance to the UK.

With no withdrawal agreement or framework for future relations, trade between the two economies would be conducted under the terms of the World Trade Organisation (WTO). Tariffs on UK exports to the EU and vice versa are expected (assuming the UK would not change its Most Favoured Nation tariffs under WTO rules). Tariffs would be low, averaging around 3%, but for some goods they would be higher. Potentially more disruptive would be non-tariff barriers, where additional paperwork, customs checks, technical requirements and regulatory standards could slow things down.

At the moment of leaving the EU Customs Union without a deal, the border between the UK and the EU would become a customs border. This is likely to mean more customs controls and probably increased costs and delays for business. It is estimated, for example, that delays caused by customs checks of trucks from the EU could cause a 17-mile queue at the port of Dover.

A hard border between Ireland and Northern Ireland

The EU and the UK Government share a commitment to avoiding a hard border between Ireland and Northern Ireland, but they have yet to reach an agreement on how best to avoid checks and infrastructure at the border. Technology, a degree of ongoing regulatory alignment and some sort of customs agreement have all been suggested as possible solutions, but it is unlikely that any of these would be in place in a no-deal scenario.

If there is no deal, one proposed solution to avoid disruption at the border is for the UK to waive checks and tariffs on EU goods as they enter Northern Ireland. However, many trade experts believe this would trigger the Most Favoured Nation principle that applies to all WTO agreements. This would require the UK to waive its tariffs and checks on goods coming in from all other countries. The EU maintains that it would impose checks on goods entering Ireland regardless. This would cause delays and would probably reduce trade, particularly in agri-foods, which make up a large proportion of cross-border trade.

There are concerns, shared by the UK Government, that if infrastructure was put in place on the border to enable checks on goods, it would become a target for dissident republicans. Some commentators believe border checks would not inspire a new wave of dissident activity, and that any infrastructure and checks can be done away from the border, which would lessen their impact. The majority of people in Northern Ireland are opposed to any form of north-south border checks.

Free movement of people rights, whereby any EU national can work in, live in or provide services in any EU Member State, providing they meet certain conditions, is a key citizens’ right that will be affected by a no-deal Brexit.

The Government wants to implement a ‘settled status’ regime for EU nationals in the UK, whether there is a withdrawal agreement or not.  Those with settled status should have full access to UK social security benefits. The position of those who on exit day have not yet been resident in the UK for five years – those with ‘pre-settled status’ – is less clear.

For UK nationals in the EU it is unclear whether they could continue to access UK social security benefits in the EU27 Member State they reside in. The existing reciprocal healthcare arrangements for UK citizens in the EU and EU citizens in the UK would probably end.

Half of the UK’s food and drink supply comes from within the UK, with 30% from the EU and 20% from the rest of the world.

Potential disruption to food supplies immediately after a no-deal Brexit has been given regular media coverage. Exiting the EU Secretary Dominic Raab told the Exiting the EU Committee that the Government would: “look at this issue in the round and make sure that there is adequate food supply…”

The retail sector is concerned about the practicalities of stockpiling food.

Trading arrangements – tariffs and standards – would be a significant issue; with no alternative arrangement, the UK as a third country would be subject to tariffs, checks, registrations, certifications etc for commodities, food and feed, plant and animal-based products. Agriculture could also impacted by the no-deal effects of other policies such as immigration (for seasonal, agri-food workers and vets).

The UK will become an independent coastal state with responsibility for managing fisheries in the UK’s Exclusive Economic Zone of 200 miles.  It would not be bound by the Common Fisheries Policy and could deny access to EU Member States’ vessels (and vice versa). But under international law, Member States are required to minimise economic dislocation to other Member States whose nationals have habitually fished in a zone.

The UK and EU energy sectors are integrated through trade, legislation and interconnection of energy supply, although EU Member States are ultimately responsible for their own domestic energy supply to citizens.

Aspects of the UK energy sector, such as Euratom and the Internal Energy Market (IEM), will probably be affected by Brexit, deal or no deal. The UK will leave Euratom along with the EU; the Government is open to leaving the IEM and has begun preparations for leaving, but the  future relations White Paper suggests a preference for future energy integration. The impact of ‘no deal’ could be much the same as a Brexit deal, but ‘no deal’ could mean a less integrated relationship than the UK would like and not enough time to prepare for alternatives.

The UK currently participates in around 40 EU measures that support and enhance internal security and police and judicial cooperation in criminal matters. According to police organisations, leaving the EU without a deal could result in a loss of operational capacity and strategic influence and an increased demand on resources because of the need to compensate for these losses. This could have a significant impact on public safety.

Both the UK and the EU have emphasised the importance of maintaining cooperation in the field of security, law enforcement and criminal justice, but the Home Secretary has said security should not be linked to the other sides of the negotiation, and that the UK’s proposals are unconditional.

For the International Air Transport Association, the aviation deadline is earlier than the Brexit deadline of 29 March 2019. But would planes actually stop flying between the UK and the EU27 in the event of ‘no deal’? The Government believes it might be possible to agree a ‘bare bones’ aviation agreement in the event of a no-deal scenario.

The UK currently does disproportionately well in securing EU research funding and UK universities are the top performers in receiving EU funds based on scientific excellence. The higher education sector and research bodies are concerned about the impact of a no-deal Brexit on access to EU research funding and collaboration in EU projects, recruitment and retention of EU staff, access to the Erasmus+ programme and the possible consequences for EU students coming to study in the UK.

Vaughne Miller is Head of International Affairs and Defence in the House of Commons Library.