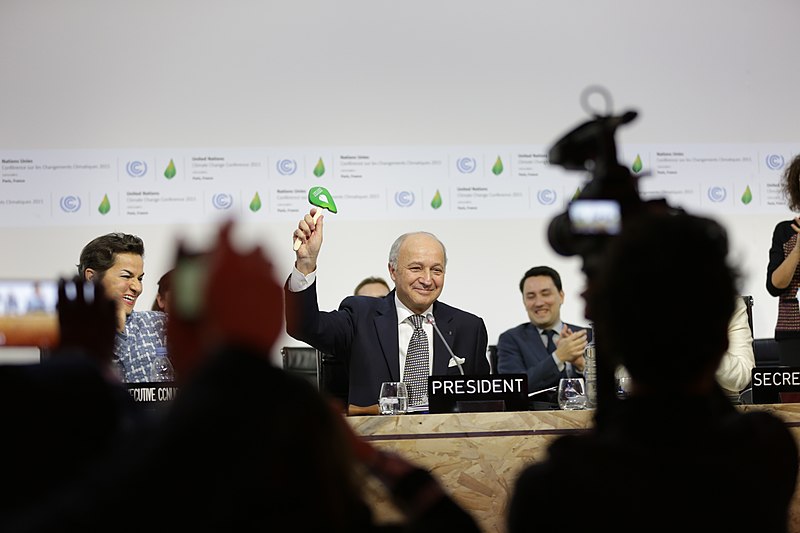 At a summit in Katowice, Poland, nearly 200 governments agreed rules to put the historic pact into action, but failed to make strong push for faster emissions cuts

At a moment of deep global division, governments have made a deal on climate rules that was immediately hailed as a victory for multilateralism.

The rules will define nations’ responsibilities for tackling climate change, reporting their progress and upping their efforts for decades to come. They will put the 2015 Paris Agreement into action.

Whereas past UN climate talks have been dominated by global heavyweights – mainly the US and China – this one struck a delicate balance between the concerns of the smallest, poorest and most vulnerable countries, the developed nations most responsible for global warming and the emerging economies wary of being saddled with a bigger burden to act.

“Success here also means success for the rules-based global order at a time when multilateralism is so fiercely challenged. Climate change has a global impact so it requires a global response,” Miguel Arias Cañete, the EU’s climate action and energy commissioner, told Climate Home News.

Experienced negotiators told Climate Home News they had expected the result of this meeting to be far, far weaker: just a few dozen pages of rules and many issues left until later to resolve.

Laurence Tubiana, a former French diplomat who helped craft the Paris Agreement said the 133 pages of completed rules agreed by every country was “really striking”.

“Probably today this process, this agreement, is certainly more complete, ambitious and engaging than any other [global deal],” said Tubiana.

“This is a very important achievement that shows a strong willingness from the international community, even in a context where there are leaders that challenge multilateralism,” said Teresa Ribera, Spain’s energy and environment minister.

The build-up to the conference was dominated by major public concern after a UN science report found warming even 0.5C beyond today’s global temperature would cause widespread damage and human suffering.

The first week of the meeting saw a bitter fight over the language used to adopt the report. Eventually, it welcomed its “timely completion”, but not the findings. The US, Saudis, Kuwaitis and Russians resisted a full acclamation of the science.

Diplomats believe that the rulebook is a strong enough tool that, if it is coupled with political leadership, can prevent the worst impacts.

That leadership is lacking, said Amjad Abdulla, the chair of the Alliance of Small Island States. He said the group was “not entirely happy”, but the deal was something they “can work with”.

“It’s not a bible we are drafting,” said Gebru Jember Endalew, the chair of the least developed countries group. “It’s something that we can revise.”

National climate pledges to date put the world on track for 3-4C of warming, double the target agreed in Paris. Many hoped for a political statement in Katowice urging governments to commit to increased ambition before 2020, which did not materialise.

The next stop on the climate roadshow is a summit in New York in September hosted by  Guterres. He flew into the Katowice conference three times to draw a commitment from the parties to arrive at that conference with new, tougher climate pledges. Their response, in the main, was non-committal.

While the most vulnerable countries were dissatisfied with the level of ambition on show, they won a few concessions, including more predictability of financial aid and a toehold for recognising the damages caused by climate change in the process.

Countries could not agree on everything, however. A package of rules on trading carbon credits across borders was deferred to 2019, after a standoff between Brazil and a coalition of European and climate-vulnerable countries.

Brazil was lobbying for looser rules to benefit its carbon offset industry, which the latter group said undermined the environmental integrity of the Paris Agreement. That disagreement led the end of the meeting to be delayed by more than 24 hours, with the Polish presidency trying to broker agreement on how to take the negotiation forward.

“We all worked very hard to find compromises, but the wise decision is to defer,” a Brazilian negotiator told CHN.

Observers do not see much prospect of those tensions easing next year. Jair Bolsonaro, incoming president of Brazil, tends to favour business interests over environmental protection.

Concerns that US indifference could turn into hostility proved mostly unfounded. Multiple sources said the state department was a constructive force in the talks.

White House advisor Wells Griffith oversaw a pro-fossil fuel event, that was supported by the Australian delegation. But that happened on the sidelines of the conference. Within the talks, the White House chose collaboration over confrontation. Beside China, the US oversaw the drafting of the rules governing transparency, a central aspect of the rulebook.

A compromise reached through diplomacy between the two major powers saw further blurring of a two-tier system that has governed climate politics since the early 1990s. The split between developed and developing countries was shifted to a common set of rules that can be flexed for those who need it.