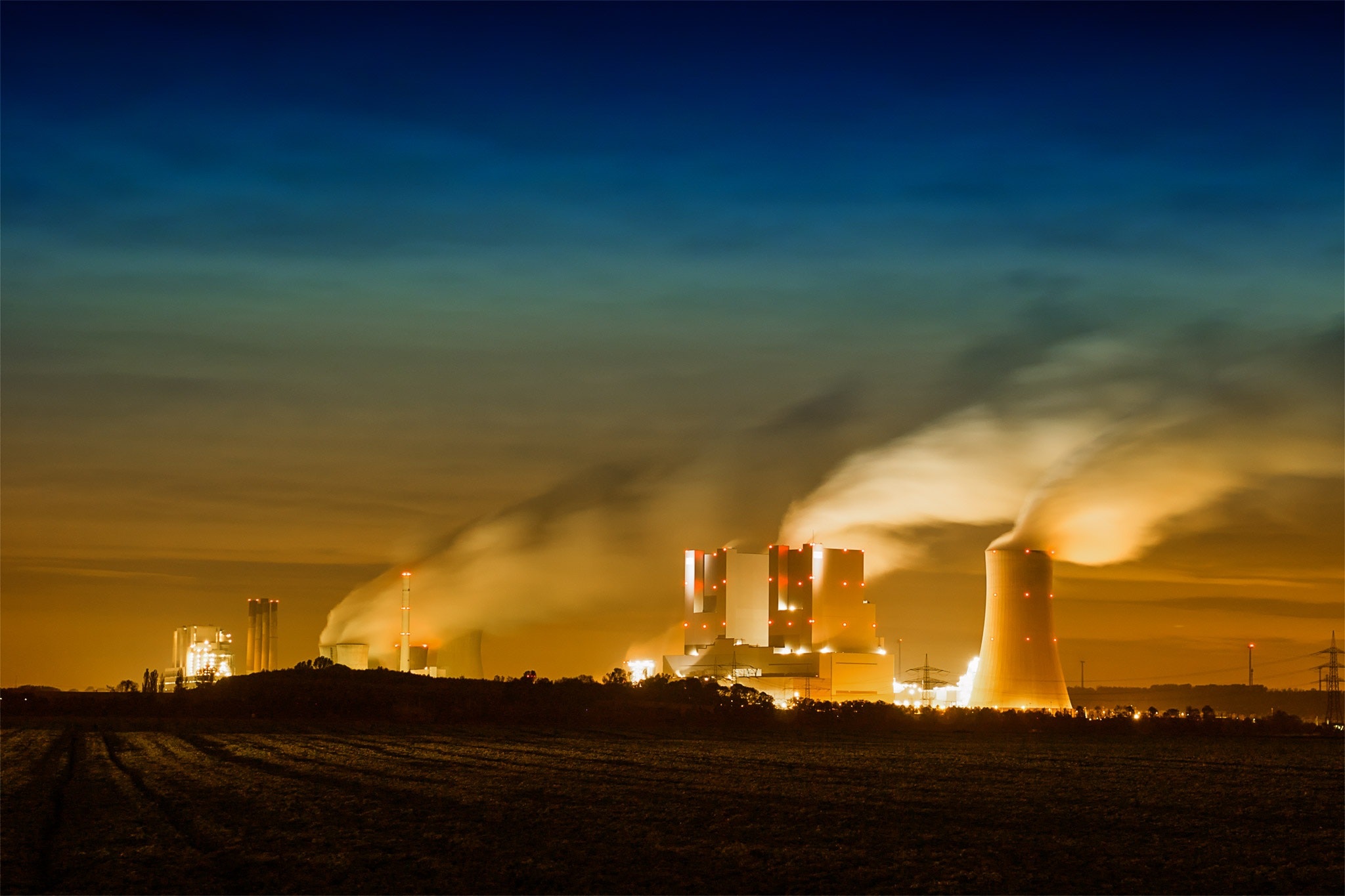 The movers and shakers at the World Economic Forum warn climate change is a major threat to prosperity, but what are they doing about it?

Climate change is a hot topic in the snows of Davos this year.

The world leaders, business tycoons and celebrities jetting in to the annual World Economic Forum (Wef) have identified the biggest threats to prosperity as environmental.

A global risk survey places extreme weather events, natural disasters and failure of climate change mitigation and adaptation in the alarm zone for both likelihood and impact. So you can expect the topic to come up in speeches and panel sessions.

India’s Narendra Modi is the headliner, to be followed by Angela Merkel and Emmanuel Macron. All have something to boast about when it comes to climate protection. All have weaknesses they would rather you didn’t mention.

Then comes Donald Trump, who rejects the whole climate agenda, but may not have as much power as he thinks to reverse it.

This article will be updated throughout the week, to put their soundbites in context.

Mark Carney, governor of the Bank of England and chair of the G20’s Financial Stability Board

“Whether you’re a sceptic or a true believer in technology… we need a market in the transition to a low carbon future.”

Speaking at the last panel of the conference, on the global economic outlook, Carney was asked if the private sector is beginning to recognise that climate change has significant implications. His short answer: “Yes.”

Investors managing $80 trillion of assets have signed up to disclose their exposure to climate-related risks, following guidelines from a task force set up by Carney.

His initiative springs from a concern that the impacts of global warming – and efforts to tackle it – may hit the value of certain assets. Investors that fail to anticipate those trends could lose money.

For example, oil majors are banking on long-term demand for their product. But the majority of oil reserves cannot be burned if the world is to stay within internationally agreed warming limits.

“The urgency is not in the Paris Agreement.”

Introduced by the moderator as “the hero of Paris”, Figueres was nonetheless quick to say the international climate deal she forged there in 2015 was not enough.

Figueres demonstrated the emissions trajectory needed to meet the target by folding a piece of paper: halving every decade from 41 gigatonnes a year now to 20 in 2030, 10 in 2040 and five in 2050.At the time, it was clear that the national contributions were inadequate to meet the collective goal of holding global warming “well below 2C”, trending closer to 3C. The pact included a mechanism to ramp up ambition every five years.

Scientists have modelled multiple scenarios for meeting the global goal. Many of them involve a slower reduction in emissions than Figueres sketched out, requiring carbon dioxide to be later sucked out of the atmosphere. However, “negative emissions” technologies are unproven at scale and bring other concerns – Figueres described the prospect as a source of “huge anxiety”.

“We can direct all our technology, all our ingenuity to doing this… If we don’t, the human pain, the human cost – to say nothing about nature – is frankly unacceptable, intolerable, irresponsible and we will never forgive ourselves as a human society that we let that happen.”

“We are going to exceed our commitments under the Paris Agreement, in spite of what [Trump] says, or tweets or does.”

‘Progress on US climate commitments is irreversible’ has been the refrain of a domestic movement aimed at blunting the impact Trump’s policy rollbacks and criticism of the Paris deal will have on global confidence.

But even before Trump took the oath of office, the US was in need of much greater policy ambition to achieve its pledge to the Paris deal, known as a nationally determined contribution (NDC), to cut 26-28% below its 2005 emissions by 2025. Barack Obama’s clean power plan, which Trump is making efforts to scrap, was only ever going to get part of the way there.

See the below analysis by Climate Action Tracker. The black squares represent the upper and lower ends of the NDC and the dark blue dotted line is a projection based on current policies, including the clean power plan.

In 2017, many states, cities and companies made their own pledges to keep their end of the Paris bargain. New Climate Institute found in September that these actions brought the US about halfway to meeting the higher end of its NDC.

Gore’s bullish prognosis depends on the leaders creating enough momentum in the clean economy to close the gap.

“We have decided to make France a model in the fight against climate change. That is, for me, a huge advantage in terms of attractiveness and competitiveness… you can create a lot of jobs in such a strategy.”

While it is too soon to judge the results – and he can’t be blamed for the country missing its 2016 emissions target– we can ask: is his plan truly exemplary? So far, he appears to be picking the low-hanging fruit.Less than a year into office, Macron has firmly established climate change as a priority, becoming the most consistently vocal world leader on the topic.

Macron touted France’s pledge to close all coal power stations by 2021. That is not so radical when you consider the fuel supplies only 2% of electricity. But ecology minister Nicolas Hulot is due to reveal a strategy this month to cut emissions across harder-to-reach sectors including transport, buildings and forestry, so watch this space.

Then there are Macron’s “make our planet great again” grants to international climate scientists. At $1.8 million, they were a relatively cheap way to score political points against Donald Trump, garnering huge publicity. At a time when science is being undermined and de-funded in the US, though, that commitment to research is not to be sniffed at.

“There are some developing nations, like China, who are certainly one of the biggest contributors to this challenge.”

O’Neill’s intervention was pointed and came on the back of questioning about developed countries’ responsibilities to combat climate change. Observers of climate diplomacy will note that this goes to the heart of the central debate over climate change: who should shoulder the burden to stop it? Traditionally, developing countries have banded together, with China often acting as their leader in pushing those historically responsible for most carbon emissions to take most of the burden.

But increasingly, China and a group of rapidly industrialising countries such as Brazil, India and South Africa have stood apart from countries such as Papua New Guinea. Now, those most vulnerable to climate change want to see China step up and deal with their own, enormous pollution problems.

“Renewable energies, especially solar power, it is becoming the cheapest source of electricity generation in many countries and it is competing with traditional fuels for the power plants to build.”

The march of clean energy was one of four “transformative” trends Birol identified in a panel discussing energy policy. China’s “blue skies” drive to clean up air pollution was another.

So he’s bullish on renewables, right? Well, up to a point. The IEA has a record of underestimating the growth of wind and solar power in its annual forecasts. The analysis body examined and revised its assumptions in 2017, but some critics still see it as fundamentally conservative.

In his first speech to the Wef, India’s prime minister described climate change as the number one threat to global progress and prosperity. He touted his country’s ambitious target to install 175GW of renewable electricity capacity by 2022.

Modi has made climate change a feature of his international presence and India has made enormous strides in expanding its clean energy sector. Under Modi, solar power has boomed, putting pressure on the dominant energy source, coal.

But India’s coal sector remains one of the largest future threats to global climate stability, with hundreds of new coal plants planned and a government committed to burning coal well into the future. Last month, India’s coal plants were granted a 5-year amnesty for compliance with air quality standard. India will only be able to argue that climate change is a rich world creation for so long.

“Everybody talks about reducing carbon emissions, but there are very few countries who back their words with their resources to help developing countries to adopt appropriate technologies. Very few of them come forward to help.”

The rich world has promised to transfer $100 billion a year by 2020 to help developing countries with climate change – and they are not there yet. Donald Trump’s refusal to honour US commitments does not help.

How big the shortfall is depends on who you ask. The UK and Australian governments have argued the goal can be met by leveraging more private money. But campaigners warn that commercially attractive projects do not help the poorest people, who are hardest hit by climate change. Some say only public grants should count.

To convince the doubters, governments, green funds and development banks need to turn commitments into results on the ground, fast.

“For the current frightful negative impact on the environment today there is a perfect remedy, ancient Indian philosophies. Harmony between man and nature.”

Indians are familiar with this type of language from Modi, whose nationalist political philosophy, Hindutva, is founded on the primacy of the Hindu faith. His government has often used the language of Hinduism to portray its ecological sensitivity.

The reality is very different. As Climate Home News reported in June, Modi’s tenure has been marked by the erosion of environmental protections, crushing of indigenous rights, lifting of penalties for companies that breach laws and pressure on civil society groups.