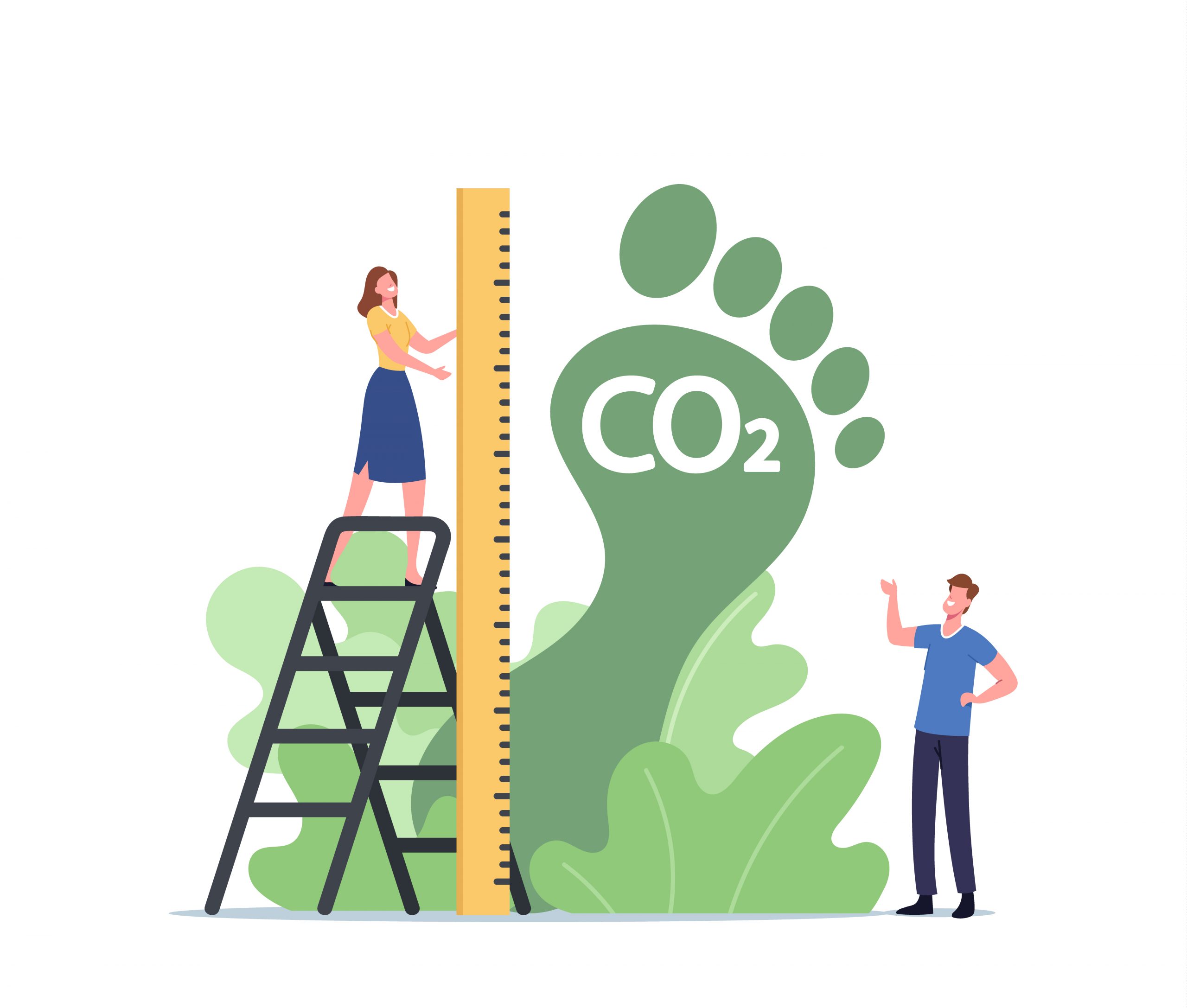 As UN climate talks resume in Germany, a team of experienced, familiar diplomats are expected to take up many of the same positions the US has been fighting for years

Despite a dramatic overhaul of US climate policy since the last UN climate meeting, negotiators representing the Trump administration are expected to quietly continue pushing many of the same positions they have for years, according to experts and former state department officials.

Diplomats and politicians from around the world will gather in Bonn next week to discuss the details of implementing the 2015 Paris Agreement – and this includes the US.

This will be the first time diplomats have met since Donald Trump made his June 1 declaration he will withdraw the US from the deal. Under the terms of the accord, he cannot do so until 2020.

Despite the new White House position, the job of US diplomats arriving in Bonn next week is likely to remain much the same as it has for years, steered by a team of US civil servants that have spent most of the last decade navigating the complicated world of UN climate policy.

“In the past, the US delegation has had a couple of key goals. One is to move the ball forward in a big way to think creatively and ambitiously about how to work with the world’s governments to take forward climate action. The second has been the nitty gritty of how the Paris Agreement actually works,” said Reed Schuler, a former climate change negotiator at the state department, who now works as a policy advisor to Washington state governor Jay Inslee.

“For the moment, I expect the second to remain basically on track. I think that the US still has a really good team of civil servants, a team that is going to keep working and keep their heads down, and keep hammering out the details of the agreement that they all helped to negotiate a few years ago,” said Schuler.

“On the first category, I think that work is dead for the time being. The part of the job that was making bold and ambitious visions in concert with the world, that’s not happening.”

Nazhat Shameem Khan, the chief negotiator for Fiji who will preside over the talks, said the US delegation had contributed “constructively” at a lead up meeting in the Pacific island nation last month. Sources at those talks confirmed this characterisation. Although she would not be drawn on details, Khan said the US  sent a “very good signal” that the talks would not be disrupted.

What? A meeting of 197 parties to the UN Framework Convention on Climate Change, where the implementation of the Paris climate agreement will be the major point of negotiations.

Cop23, as the 23rd conference of parties is known, will not be a stage for high-level political decisions, but for working out the kind of technical details that will ensure the Paris Agreement can be implemented, but which rarely make it into the public eye.

While the Obama administration positioned the US for the first time as a willing partner in the international climate discussions – even participating in the ‘High Ambition Coalition’ that formed at the 2015 conference in Paris – its stance on many issues was far from radical.

“Much of that stuff was created by the US to fulfil a strong mandate on promoting increased transparency and to move away from a bifurcated system. That’s not just the Obama administration – that goes back to the George W Bush years,” said Andrew Light, who worked as a senior advisor to the US Special Envoy on Climate Change during the Obama government.

For instance, when countries were negotiating the Paris Agreement, the US argued that there should be a single system for accountability and transparency, with flexibility built into this mechanism, rather than two separate systems for developed and developing countries.

“Both Republicans and Democrats want to see China, India and other countries increase the robustness and frequency of their reporting, for example,” said Alden Meyer, director of strategy and policy at the Union of Concerned Scientists.

“That’s not an issue that divides parties in the US, as opposed to maybe finance, where the Trump position is obviously very different to the Obama administration – but that is handled at a different level.”

But this year, experienced US negotiators will find the political calculus has changed, with its hard-won alliance with China now dismantled, and other countries disappointed at the belligerence and backtracking of the US president over climate change.

What the US does achieve at Cop23 will likely be down to what remains of a seasoned team, which can draw on a well of trust built up over years in the job.

The delegation will be led by career diplomat Thomas Shannon, who most observers see as a steady hand and certainly not a Trump acolyte. Trigg Talley, who was the top non-political climate negotiator in Obama’s state department will be a familiar presence behind the US nameplate.

State department negotiator Andrew Rakestraw will lead discussions on transparency during the talks next week, alongside its old ally China.

Rakestraw’s continuation of this nonpartisan role – which he also filled at Cop22 in Marrakech – could suggest a willingness by other parties to continue engaging with and trusting US negotiators. On Monday, Chinese official Xie Zhenhua extended a hand to the US diplomats, saying China wanted to “step up cooperation” with the US while it remained a party to the Paris deal.

That’s not to say Rakestraw’s role will be exactly the same. The team of US civil servants will find itself in an “extremely awkward” position, representing a government that doesn’t believe in climate change at an international climate change conference, said Schuler. Many negotiators left the team following Trump’s election, finding themselves unable to represent the government’s positions.

“In terms of the very specific role of negotiators on the ground, there are a lot of people in this process who have been in it for a while and have very deep relationships. Andrew Rakestraw is a superb civil servant who has strong relationships with his counterparts. He still has the trust of other negotiators… He’s not there with some new political agenda to throw things off track, because he wouldn’t do that,” said Schuler.

Nonetheless, the team is unlikely to draw attention to themselves. They are unlikely to make any efforts to “renegotiate” the Paris Agreement – which Trump suggested in his initial announcement, to widespread dismissal from other nations – or to “re-engage” with the deal.

“I don’t think that’s what the delegation is going there to do either. Fundamentally, that’s a White House call,” added Light.

The spectre of a president who is opposed to the Paris deal could also loom over the team, who ultimately wait on instructions from their political bosses.

“Obviously, the negotiating instructions to the professional team, those can always change based on people in the secretary’s office or the White House,” said Meyer.

And there is always potential for political bombshells in the second week, when ministerial level appointees often turn up at the talks. Trump’s environment chief Scott Pruitt, who has led the campaign to rescind Obama’s domestic climate policies, is widely rumoured to be planning to visit the conference.

The cancellation of US donations to the Green Climate Fund could lead the ever-controversial topic of finance to rear its head, while recent extreme weather events could put the spotlight on adaptation and loss and damage.

Meanwhile, camped just outside the formal negotiations an alternative US diplomatic effort will be making its presence felt. The “US Climate Action Centre”, funded by former New York mayor Michael Bloomberg, will host US states, cities, businesses and institutions that want to demonstrate the federal government’s impotency when it comes to derailing climate action.

The We’re Are Still In coalition, which is behind the presence in Bonn, claims to represent more than a third of US citizens. It is one of a plethora of climate coalitions and initiatives to have formed among subnational US governments.

Washington governor Inslee told journalists this week: “Donald Trump cannot stop us. He cannot stop me from enforcing my executive order. I have put a cap on carbon pollution, it’s the first one by executive order in American history… He does not have the constitutional authority to stop me and my state from doing that.”

California governor Jerry Brown – a major antagonist of Trump – has been appointed special advisor for states and regions by the conference’s Fijian presidency.

Khan said Brown would play an “inspirational role” but will not be invited into the formal negotiations. She said it was important to include “people and institutions, which are passionate about climate action and who have actually transformed the environment that they have control over” in the talks.

“It’s remarkable the backbone that’s being shown right now [by the states],” said president and CEO of the World Resources Institute Andrew Steer. “But that doesn’t mean we can assume no needed role for the federal government.”