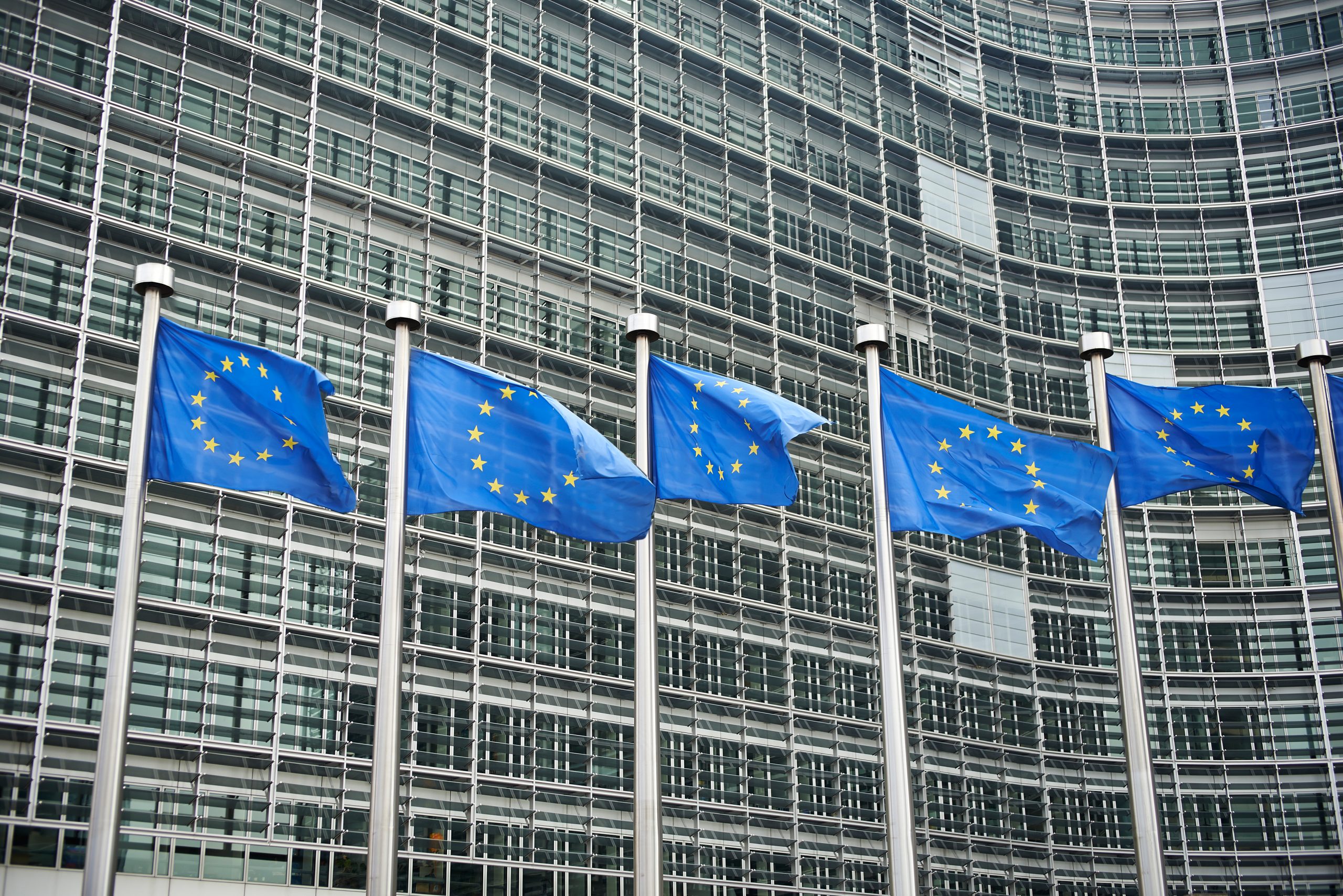 Every year, the European Commission publishes a set of country-specific recommendations to advise EU member states on how to boost jobs, growth, and investment. But is this process a strictly technical exercise or does it reflect ideological preferences? Drawing on a new study, Joshua Cova highlights the role ideology plays in shaping the Commission’s advice on wage policies.

Although the Eurozone crisis is now over a decade old, the changes wrought by the crisis still very much define and permeate EU policymaking. Indeed, one of the lessons that EU decision-makers learned was that to prevent future crises from happening, greater policy coordination between member states is needed.

In fact, due to the greater interdependence between member states’ economic and financial markets, economic and fiscal problems in one country can quickly spill over and become a problem for all member states. This is the reason why the EU established the European Semester, an annual cycle of policy coordination between member states. As part of the semester, every year, the European Commission issues a list of country-specific recommendations setting out a series of reform objectives in a number of policy areas.

Compared to several of the EU’s previous coordination efforts, which relied on benchmarking and on ‘soft governance’, the semester includes more coercive aspects as well. This means that the Commission reserves the right to levy fines in the case of non-compliance to legally binding country-specific recommendations. The EU’s recommendations can be more or less specific and can be justified in different ways and with varying level of details. This has led to a number of studies examining the possible determinants behind these recommendations.

Furthermore, although the European Semester was designed as a mechanism for fiscal and macroeconomic coordination, the Commission issues recommendations on a wide range of other policy areas, such as labour force participation, social integration, education, and in-work poverty rates. Although not all recommendations are legally binding, some studies have found that, even when not binding, the recommendations issued by the Commission can have significant consequences for member states’ policy reforms (see for instance in France or Italy).

Considering the importance that country-specific recommendations have for member states’ national policymaking, it should not come as a surprise that the contents of the recommendations have elicited considerable interest. Generally speaking, researchers of EU politics have identified two broad economic and political directions these recommendations follow. Some scholars have argued that the European Semester has undergone a process of progressive socialisation, which emphasises socially-guided objectives in the policy areas of social affairs and employment regulation, while others have found evidence for greater market liberalisation as well as increased labour market deregulation.

A technocratic vs ideological Commission

In a new study, I examine the economic and institutional drivers behind the Commission’s recommendations on member states’ wage policies and cost competitiveness indicators. In particular, I am interested in examining recommendations calling for greater wage restraint, which often call for a closer alignment between wage growth and productivity growth.

I examine two competing hypotheses on the Commission’s policy preferences. First, I hypothesise that the Commission’s preferences are driven by what I refer to as a de-politicised or technocratic logic. Concretely, this would mean that the recommendations are determined by the development of objective economic indicators. This means recommendations on wage restraint would be correlated with changes in economic variables such as the unemployment rate, GDP, or labour costs. Of these variables, I expect the most important one to be labour costs. Why? Because economic theory tells us that higher wages are associated with higher labour costs. And higher labour costs translate into more expensive exports and a less competitive economy, which might in turn be bad for employment and economic growth.

I compare this first hypothesis against an alternative hypothesis of an ideological or politicised Commission which bases its recommendations on a set of preferences on member states’ labour market characteristics. To define what types of labour market institutions the Commission might prefer, I examined the policy output of the EU at the time of the Eurozone crisis.

In countries that were recipients of rescue packages, such as Greece, Portugal and Ireland, the Commission tied financial assistance programmes to a set of labour market reforms, designed to improve competitiveness. Examples of these reforms are reductions in minimum wage rates and decreases to collective bargaining coverage rates. Moreover, during the financial crisis, the EU institutions favoured decentralised wage-setting institutions and deregulated labour markets over more regulated labour markets, with more influential and powerful social actors.

In fact, decentralised wage-setting regimes, which allow firms to set wages without the need to consult and coordinate compensation proposals with trade unions, allow for greater flexibility in adjusting wage growth to changing economic developments. As a consequence, I hypothesise that an ideologically-driven Commission might, irrespective of labour cost developments, be more likely to issue a country-specific recommendation on a country’s wage developments in countries with highly centralised wage-setting institutions.

I find that the Commission is indeed more likely to recommend policy reforms reining in wage growth when countries display high degrees of wage-setting centralisation. While I find evidence that the European Commission is more likely to issue a country-specific recommendation when labour costs increase and/or economic growth and the unemployment rate decrease, I also find that this effect is strongly mediated by the labour market institutions present in a country. This is illustrated in the chart below.

Figure 1: Unit labour costs and likelihood of a country-specific recommendation 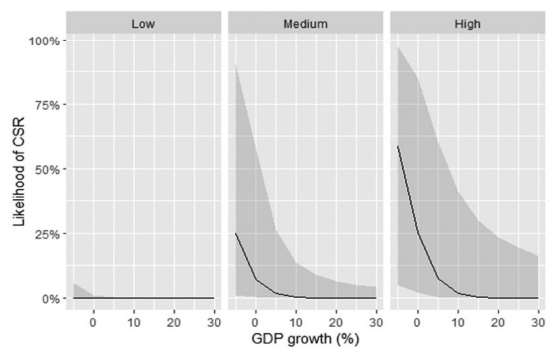 As can be seen, for all panels, the higher the increase in labour costs, the higher the likelihood of a country receiving a country-specific recommendation in the areas of wage growth and competitiveness. This makes sense and is in line with expectations. However, one can also see the extent to which this effect is driven by the type of wage-setting regime a country displays. Countries with more centralised and coordinated wage-setting institutions are, quite clearly, more likely to receive country-specific recommendations.

Finally, I also sought to contribute to the debate introduced above about the socialisation or liberalisation of the European Semester. I find some evidence that the European Semester is undergoing a progressive process of socialisation. This means that compared to the start of the semester, an increasing number of recommendations call for higher wage growth, which has come to be viewed as an important driver for aggregate demand and economic growth.

While the idea of a European social model has proven to be an appealing yet elusive concept amongst EU policymakers, a set of new policy initiatives, on, for example, the working conditions of platform workers, or on minimum wages, point to the increased importance that the social dimension plays in EU policymaking. The introduction of the European Pillar of Social Rights as well as a Social Scoreboard, designed to assess member states’ progress in meeting a series of headline indicators, are clearly indicative of the EU’s intention to engage more closely with social objectives. Policies on wage growth are also important in this regard.

Finally, the pandemic has led to a greater institutionalisation of the European Semester, as the national implementation of policy recommendations are now also tied to the disbursement of the Recovery and Resilience Facility’s funds. In any case, irrespective of the direction that the Commission’s future policy recommendations will follow, the Commission plays an increasingly important role in member states’ labour markets.