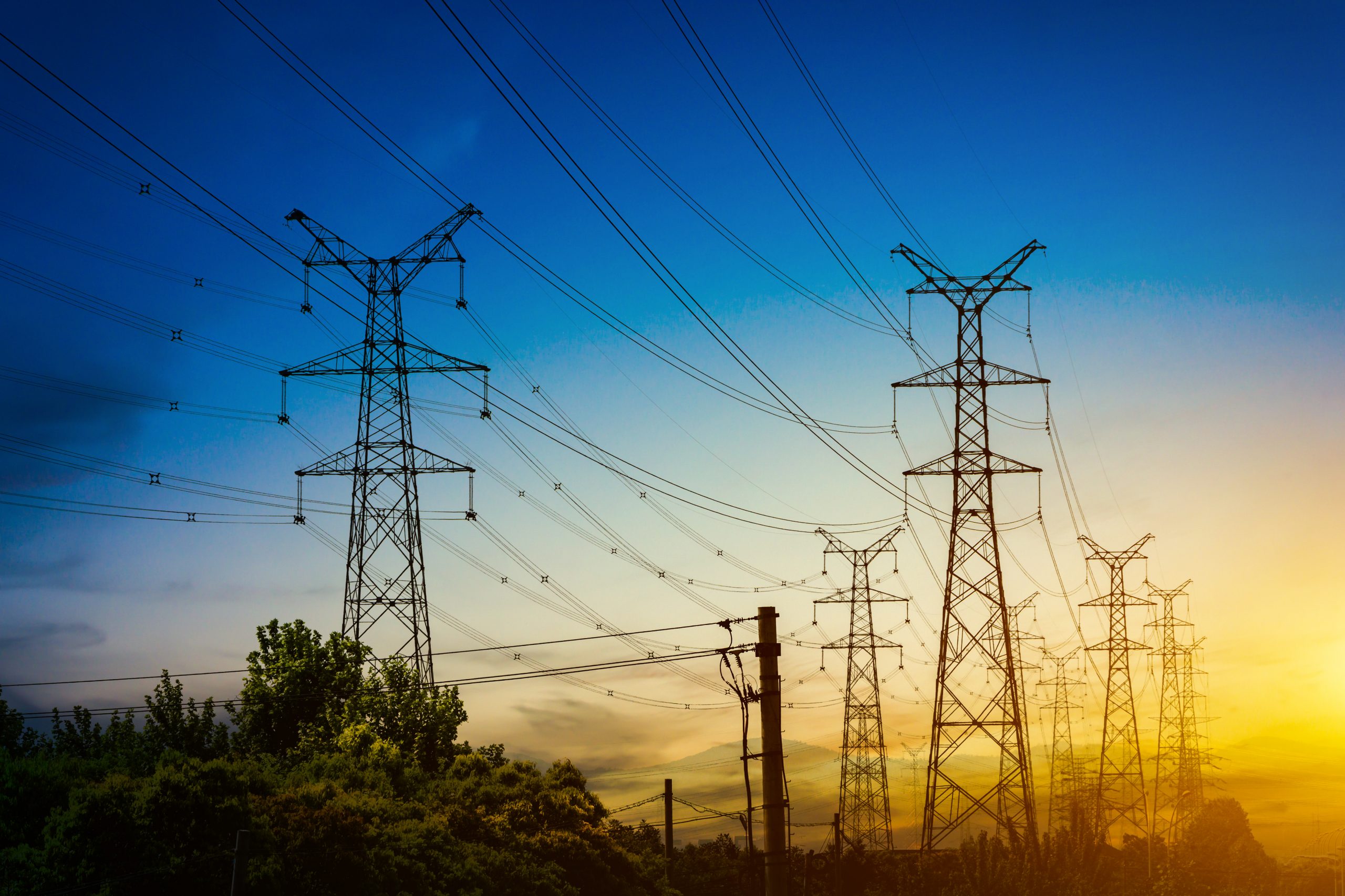 An EU energy fund is justified, but for different reasons than commonly assumed, with implications for the fund’s design.

A German plan for a €200 billion national energy emergency fund, proposed at the end of September, set alarm bells ringing across the European Union. The fear is that EU countries with more fiscal space, such as Germany, will be able to outspend others when dealing with the crisis. This could fragment the EU single market, “setting up a race for subsidies, and calling into question the principles of solidarity and unity that underpin our European project,” according to a widely-syndicated article by two top EU officials, internal market commissioner Thierry Breton and economy commissioner Paolo Gentiloni. Preferable, the commissioners argued, would be a “mutualised tool at the European level” that “protects all European companies and citizens”, similarly to the support instruments created during the COVID-19 pandemic.

Some of the commissioners’ concerns are valid (though they also reflect a misunderstanding of the German fund, which attempts to pre-fund energy-crisis related expenditures – most of which are not gas price subsidies – over a two year period). However, their arguments are unlikely to convince either Germany or other sceptics of EU fiscal mutualisation.

The obvious objection to mutualisation is that the purpose of building fiscal buffers – that is, reducing debt in good times – is to have more room for manoeuvre in bad times. Some (ourselves included) would prefer to create such buffers at the EU level, in the form of a much larger EU budget with a borrowing capacity. But so long as this does not exist, EU countries must have incentives to build such buffers at the national level. Redistributing fiscal resources to ensure equal treatment of households and firms in the EU after a bad shock would undermine such incentives.

This is the logic underlying the European Treaty’s no-bailout clause. It does not mean that there cannot be pan-EU solidarity with the hardest hit, but it does mean that member countries will worry mostly about their own citizens.

The less-obvious objection to a common energy emergency fund has to do with the nature of this crisis and, particularly, of the crisis response. In the pandemic, the responses of EU countries, such as higher spending in support of businesses and households (including to enable people to stay at home), also helped other EU countries by reducing deaths and stimulating demand for imports. But since higher spending is financed locally, governments, especially those with little fiscal space, would not normally take these ‘externalities’ into account when formulating their spending plans. As a result, a highly-integrated economy such as the EU could have seen too little crisis spending in the pandemic. It thus made sense for the EU level to subsidise such spending, which was done in the form of grants or cheaper lending from the common Next Generation EU and SURE funds.

This crisis is different. A demand externality still exists, but at a time of high inflation, this is not necessarily a good thing (higher demand in country A could lead to even higher inflation in country B). More importantly, the instinctive national reaction to the crisis – subsidising gas and other energy consumption, as is happening in many EU countries – imparts a negative externality on other EU countries: higher energy demand in one country pushes up the gas and electricity prices in the entire bloc. In extremis, this could require more rationing.

For this reason, the cooperative, unified EU response (which we, the European Commission, the Council of the EU and Council President Charles Michel have all called for) should not focus mainly on EU-level fiscal support. For this crisis, ‘solidarity’ does not necessarily mean more spending. Rather, it means less energy consumption. The principal measure of solidarity should not be whether an EU country is willing to support other countries financially, but whether it designs its own support plan with incentives to reduce energy consumption, whether it acts to unlock all energy supply options, and whether it will share scarce energy with neighbouring countries in case of an emergency. Therefore the German ‘gas price brake’ and ‘electricity price brake’ – which are to be financed by the €200 billion plan – could become instruments of solidarity if they reduce German energy demand. This could be the case if they subsidise energy prices only up to a threshold (such as 70%-80% of past consumption), while allowing the prices for additional consumption units to be determined by the market, as proposed by the expert commission tasked with designing the gas price brake (see here for a useful Twitter thread in English).

Arguments for an EU energy fund

An EU-level support fund could nevertheless be a good idea, even critically important, for three reasons.

First, there is a valid concern that if some countries are more generous than others in the support they give energy-intensive firms that compete internationally, it might not only distort the level playing field during the crisis but could improve the competitive position of these firms even post-crisis, to the detriment of EU competitors. While a stronger fiscal position gives a country every right to be more generous to its citizens than a fiscally weaker country, it does not give it the right to inflict damage on other countries through its ability to provide state aid. State-aid rules can limit such damage, but this is not enough to maintain a (roughly) level playing field unless a minimum level of support is provided everywhere.

Second, an EU-level fiscal instrument would greatly improve the chances that support for firms is provided in a way that encourages energy savings and is consistent with the green transition. Even in countries with the best governance, distributing subsidies to firms is subject to lobbying, connections and state capture. Providing these funds at EU level will not stop these problems, but can reduce them significantly.

Third, beyond promoting incentives-friendly firm support, the fund could also be used to create incentives for EU countries to implement those policies that are essential to a cooperative and effective response to the energy crisis. Countries would lose access to the fund if, for example, they implement policies inconsistent with meeting their energy-demand reduction commitments, or close their borders to energy trade. Additional support from the fund could go to countries that make special efforts to increase supply, for example, by increasing local gas production, authorising additional pipelines or extending the life of nuclear plants.

How to design it

A fund that meets these objectives should not simply be a replica of past fiscal stabilisation funds such as SURE. Instead, it should provide support based on criteria that are carefully designed both to level the playing field among internationally active, energy-intensive firms and to encourage energy savings. This could happen in one of two ways.

One approach would be to (at least temporarily) take subsidisation of such firms out of the hands of national governments altogether. Industrial consumers that meet certain criteria – size, energy use, export orientation, perhaps value added inside the EU – would receive support from the EU-level fund. Parallel national-level support would be forbidden at least for the duration of the crisis. Support would either avoid price subsidies altogether (for example, if it is based on past energy consumption only) or it could be based on the ideas proposed by the German expert commission on the gas price brake, which would maintain incentives to save in line with market prices.

An alternative approach would be for national governments to continue administering funds, while imposing restrictions on how they can do this (state aid rules), and providing each government with earmarked resources. Disbursement would have to be done in a way that encourages gas savings in the industrial sector rather than gas consumption. One way to do this would be to require government to adopt criteria for state support that mirror those that would make sense at the EU level. Only governments that comply would benefit from the fund. Another way would be to link transfers from the EU fund to the actual savings achieved by each country.

The distributional implications of the fund will depend on how it is financed. If it is based on member-state borrowing in proportion to GDP or EU budget shares, it would benefit countries with a structurally high ratio of gas consumption by energy-intensive exporters to GDP, including Belgium, Germany, Italy, the Netherlands and Poland. This redistributive effect could be neutralised by basing contributions on this ratio rather than on GDP. An additional redistributive effect, benefitting members with higher borrowing costs, would arise if the fund were to be based on common borrowing or joint guarantees.

An EU-level support fund cannot be the main pillar of the EU’s response to the energy crisis. That should be a coordinated set of demand-reducing and supply-expanding policies at the national level, and an EU-wide effort to obtain better deals from external suppliers. However, an EU fund can complement such efforts by maintaining a level playing field among energy-intensive exporters, by ensuring subsidies to these exporters are provided in a way that encourages energy savings, and by incentivising implementation of critical elements of the joint EU energy plan. The integrity of the single market is a core economic interest of all EU countries, not least Germany, which relies on the pan-European integration of its industrial supply chains. As such, the fund could play an important role.