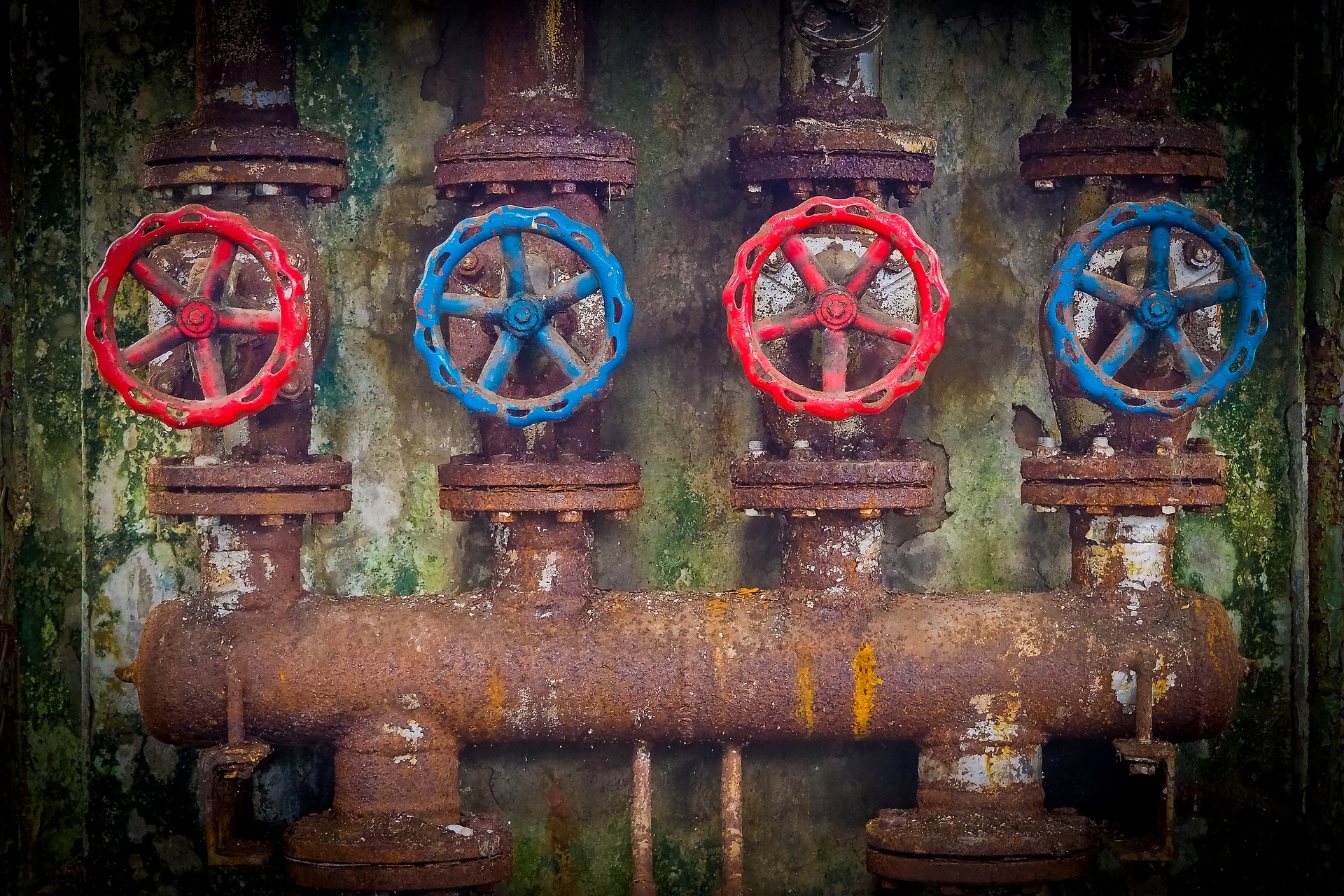 Experts refute EU claim that 3,500km gas pipeline from Azerbaijan is necessary for energy security, amid alarm over corruption and human rights issues

EU banks are set to announce on Wednesday the first tranche of $2.5bn worth of public loans being considered for Europe’s biggest fossil fuel project, amid warnings the pipeline is unnecessary and mired in the Azerbaijan laundromat corruption scandal.

Spanning seven countries and costing $40bn, the southern gas corridor (SGC) is due to begin piping 10 billion cubic metres (bcm) of gas to Europe per year in 2019, according to the European Commission.

The EU aims to eventually receive up to 100bcm of natural gas annually through a pipeline that will snake through Turkey, Greece and Albania before transiting across the Adriatic sea to Italy.

The European Bank of Reconstruction and Development (EBRD) is due to make a loan statement on Wednesday for a $500m investment. The European Investment Bank (EIB) is also mulling a $2bn loan, the largest in the bank’s history. An EIB vote on their loan, also expected on Wednesday, has been postponed.

The banks describe the project as critical for energy security in Europe. Critics say the industry-drafted gas demand forecasts the EU relied on when proposing the corridor have been discredited, its climate impact has not been investigated, and its construction will benefit organised crime and human rights violators.

Deepening the gloom, Simon Pirani, a senior research fellow and author at Oxford University’s Institute for Energy Studies, told Climate Home News the EU’s dream of a supply expansion beyond 10bcm per year was highly unlikely, with plans still unfinished and private investment yet to materialise.

“I have doubts about any significant quantities of additional gas going along that route, because it’s not clear which gas fields in the Caspian they could come from,” he said.

“There is a field being developed by [Azerbaijan state oil company] SOCAR with Total but that will not produce significant quantities of gas and those companies have already agreed that the gas produced there will go to the domestic Azerbaijan market. There won’t be any left for export. So the amount that Azerbaijan can contribute to [Europe’s gas market] is really quite minor.”

EU hopes for diversified supplies would likely be dashed, he argued, with neighbouring Turkmenistan far more interested on exporting eastwards to China, and little gas availability in Iran’s northwest, from where it could be pumped to Europe.

The 10bcm of gas a year that Azerbaijan has committed to supply would constitute just 2.5% of the 400bcm Europe consumed in 2015, and make little dent in its dependence on Russian supplies, Pirani said.

The pipeline’s cost is equal to the EU’s entire investment in low carbon transformation over the 2014-2020 period.

The European Commission did not respond to requests for comment. As part of the G7, the EU has committed to ending “inefficient” public subsidies to fossil fuel projects by 2025.

But in Brussels, the project is seen as a vital diversification of energy supplies, freeing the continent from a potential Russian stranglehold.

The bloc’s vice president, Maros Sefcovic has hailed the SGC as an historic “turning point” shifting Europe into mixed and diverse energy markets.

The EU’s decision to include the southern gas corridor on a list of “essential” projects of common interest was taken on the basis of a gas demand forecast by the European Network of Transmission System Operators for Gas (Entsog).

Entsog is a coalition of gas companies and their subsidiaries, which is not listed as a lobby despite sharing a building with the trade association, Gas Infrastructure Europe. Its analyses are not in line with the EU’s climate plans, and it has consistently overestimated gas demand for a decade, according to Friends of the Earth Europe (FoE).

Europe’s actual gas demand in 2015 was 27% lower than projections in 2008, when the pipeline was proposed, and the commission, the International Energy Agency and Entso-E (Entsog’s regulated electricity twin) have all revised their forecasts downwards.

Think tank E3G expects EU gas demand to flatline – or at best recover slightly – in the short term, and decline thereafter, as the clean economy transformation takes hold. An E3G modelling study found that the SGC was not needed to safeguard against supply disruptions, under any scenario.

That leaves an infrastructural white elephant that could “quickly become a climate bomb”, according to Antoine Simon, a spokesman for FoE. “We know the longer these mega-pipelines are, the higher the risks are for leaks to happen, and it does not get better as these infrastructure age,” he said.

Natural gas may have a global warming potential many times higher than renewables but, as SGC funders, Europe’s development banks have taken their lead from the commission, even though it has carried out no climate impact assessment.

On paper, the EIB and EBRD have committed to considering the climate impacts of their investments. In practice though, the banks are enablers, said the NGO Bankwatch.

“The project is too big and risky to be financed only from private sources,” said Bankwatch spokeswoman Anna Roggenbuck. “International financial institutions provide loans which also cover political and economic risks.”

Climate Home News approached both banks for interview. The EIB asked for questions in advance, and then turned down the request. The EBRD demanded editorial privileges before publication, which we considered unacceptable.

The institutions’ guarded response follows the announcement of a Bulgarian government inquiry into Kalin Mitrev, the country’s representative on the EBRD board, after the Guardian revealed he received almost $500,000 via the $2.9bn Azerbaijani laundromat scheme. Mitrev says the payments were for legitimate consultancy.

The ERBD loan would be made to the Southern Gas Corridor Closed Joint Stock Company, which is owned by the Azeri government and its state oil company.

The slush fund was also used to pay medical bills worth tens of thousands of dollars to Yaqub Eyyubov, Azerbaijan’s deputy prime minister tasked with developing its oil and gas strategy. Eyyubov’s son also received millions of dollars from the laundromat via a Hungarian bank account, the Guardian reported.

It is not known what due diligence measures Europe’s banks have taken to investigate Azeri laundromat payments – or to vet, monitor and audit SGC funding disbursements. These have already been beset by charges of corruption, cartelism and mafia infiltration, many substantiated in courts of law.

According to Human Rights Watch, Azerbaijan is a highly repressive regime, where dissidents are routinely arrested, torture is rife, independent media are shut down and human rights monitors cannot operate freely.

Two years ago, the European Parliament called for the EU to suspend all funds to Azerbaijan over its human rights violations, which appear to also breach EIB standards. In March, the central Asian country withdrew from the extractive industries’ global watchdog in response to criticism of its poor record on civil society engagement.

“Given its shaky business case, unresolved human rights issues and legitimate climate concerns, I’m surprised the EBRD wants anything to do with the southern gas corridor,” said Jonathan Gaventa, the director of E3G.

Even the argument that it can diversify the EU’s gas supply away from Russia appears shaky. Russian giant Gazprom has said that it may use the pipeline to transport Russian gas to Europe, under the project’s non-discriminatory auctioning system, and according to reports in the Azeri press may already be planning on this.

Russia’s Lukoil has taken a 10% share in Azerbaijan’s Shah Deniz drilling consortium and the Italian oil firm Eni signed a memo of understanding with Gazprom in March to explore piping Russian gas to Europe through the corridor.

But for the EU, Azerbaijan is more than just a Caspian gas field. The former Soviet republic remains economically and culturally linked to Russia and the southern gas corridor offers the prospect of wedging what then-president Dmitry Medvedev called in 2011, “the closest friendship and trust links” between the two countries.

“The southern gas corridor is more than energy diversification and EU energy security for us,” the EU’s foreign policy chief Federica Mogherini, said last year. “It is also about enlarging and deepening political, economic and social ties with a number of partners in a wider region… Azerbaijan, Georgia, Turkey, Albania.”

“We need an all-round strategic partnership between us,” Mogherini added, “and I am glad this is Azerbaijan’s vision, too.”

“And if there is energy insecurity, we think that undermines security more broadly speaking,” the official added.

What is the Southern Gas Corridor?

BP calls it “arguably the global oil and gas industry’s most significant and ambitious undertaking yet”. It is a three part pipeline that, if completed, will carry gas from the Shah Deniz 2 oil field in Azerbaijan’s Caspian Sea through Georgia, Turkey, Greece, Albania into southern Italy.