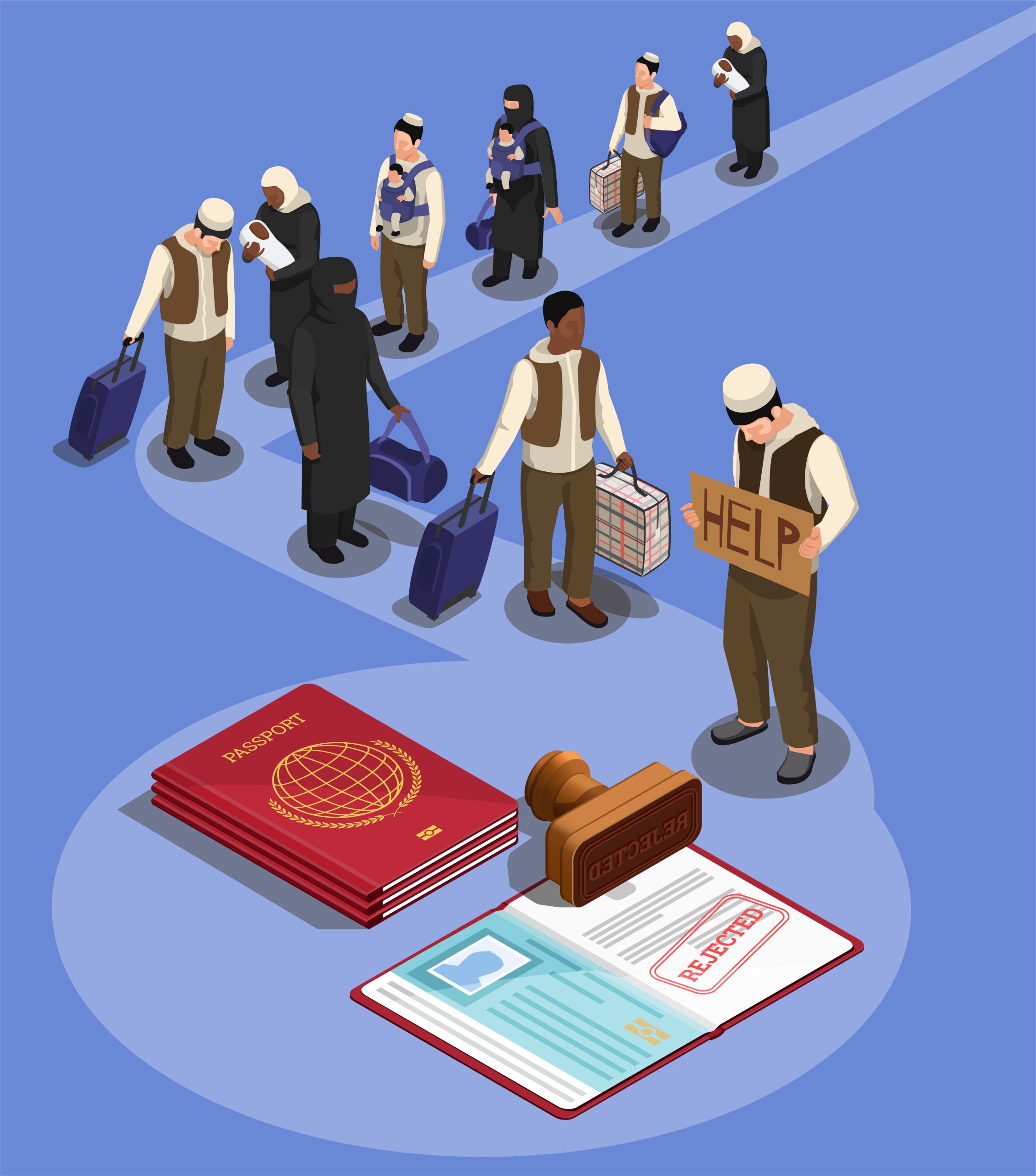 Countries across Europe have warmly welcomed refugees from the war in Ukraine, with even politicians known for their anti-migration views calling for support for those fleeing the conflict. Andrea Pettrachin and Leila Hadj Abdou examine why attitudes toward Ukrainian refugees have been so different from those seen during the 2015 migration crisis.

Following Russia’s invasion of Ukraine, Matteo Salvini, the leader of the Italian far right Party Lega, announced he would take a plane to the Ukranian border to facilitate the travel of Ukrainian refugees to Italy. Less than six months ago, Salvini stood in court for blocking refugees in dire conditions from disembarking from a rescue ship. In a similar vein, Hungarian Prime Minister Viktor Orbán, the leading strongman of the anti-migrant right in the EU, has stated that ‘we must take them’, stressing the need to provide a safe haven for people crossing the border into his country from Ukraine.

These are just two examples of the remarkable turnaround in responses and discourses we have seen about refugees in Europe since the start of the Russia-Ukraine war. Political leaders who have been close allies with Putin and fierce opponents of liberal refugee policies in the past are now demonstratively supportive of refugees. Most importantly, the European Union, which was in a state of deadlock for years over common action in the field of asylum, decided to use its Temporary Protection Directive to grant refugees coming from Ukraine a residence permit, and access to education and the labour market. This is the first time ever that this Directive, which was passed in 2001, has been triggered.

Human rights advocates and pro-refugee advocacy coalitions have been calling for decades for a clear commitment like this from EU leaders. In 2019, human rights lawyers even called for the prosecution of the EU and its member states over the sheer number of deaths of refugees in the Mediterranean, as in their view the EU “intended to sacrifice the lives of migrants in distress at sea, with the sole objective of dissuading others in a similar situation from seeking safe haven in Europe”. Importantly, European citizens – including those who vote for radical right parties – have been supportive of the decision to welcome Ukrainian refugees.

But how can we understand these inclusive responses and attitudes toward refugees given the opposition to migration that we have seen in Europe since the 2015 migration crisis?

One explanation that many observers have put forward is that the difference in attitudes is rooted in racism toward non-Europeans. The 2015 migration crisis was driven by migration from non-European countries, such as Afghanistan and Syria. This time, Europe is experiencing a flow of refugees from another European state. However, while this component certainly plays a role in shaping attitudes and policy responses, the issue is complex and multifaceted. There are a number of factors that need to be considered to make sense of these developments.

First, there is geographic proximity. The first group to acquire temporary protection by EU states were Bosnians fleeing the conflict in Yugoslavia. As part of research we have conducted on the 2015 migration crisis, we interviewed several people in different countries. Many referred to geographic proximity when explaining the differences between policy responses in 2015 and the 1990s. As one Italian policymaker put it:

How could you reject these poor people escaping from Yugoslavia, when you knew that in their countries there was a war? It was something that even simple people could perceive, the same for the crisis in Albania. Somehow these are crises that people know, that they can see, and with which they are in direct contact.

Yet, it is not only distance that plays a role. Italy is closer to Tunisia and Libya than it is to Ukraine, but migration flows from these countries were met with a far less welcoming response. This points to a second important factor, namely the perception of Ukrainians as culturally and ethnically similar. Research has shown that anti-migrant sentiment is driven by the perception of cultural/ethnic difference and is thus inherently linked with dynamics of racialisation. Perception of cultural and ethnical difference, however, is also something that is constructed and shaped by communication. Paradigmatic historical examples are the Irish, who were previously considered to be ‘another race’, as were Italian and Polish immigrants in Western Europe. There are astonishing parallels between these debates and arguments that have later been used against newcomers from outside Europe.

Third, Russia’s invasion of Ukraine has been widely portrayed as a war against Europe, and both the war itself and refugees’ stories and desperate conditions have been powerfully mediatised. This points to the role of cues picked up from the media in influencing how policymakers – and individuals – make sense of events. It remains an open question how long the effects of these media frames will last. Research has shown that perceptions and discourses are volatile and can shift very quickly when new signals and cues become available and when changes occur in the media’s framing of political issues.

Fourth, the portrayal of Ukrainians as heroes, defending their country against one of the most powerful military powers, has also been crucial. Support for armed forces is a component that touches upon questions of national identity, security, and stability. These are deeply conservative values that often influence the attitudes of those individuals and political leaders that tend to be more sceptical towards immigration.

Future dynamics will also depend on how refugee flows are managed by European countries and how visible the presence of Ukrainians becomes in European towns and cities. Research has shown that the perception of disorder following the arrival of thousands of Syrians in 2015 had a negative impact on attitudes toward immigration in receiving countries.

It is too early to say whether the arrival of Ukrainian refugees will also be perceived as disruptive in receiving countries. The activation of the Temporary Protection Directive has the potential to moderate these dynamics, while the presence of established Ukrainian diasporas in many European countries might also ease the inclusion of Ukrainian refugees. What is clear, however, is that the Ukrainian case vividly shows the role that communication and media frames about migration play in shaping attitudes and migration policy responses.