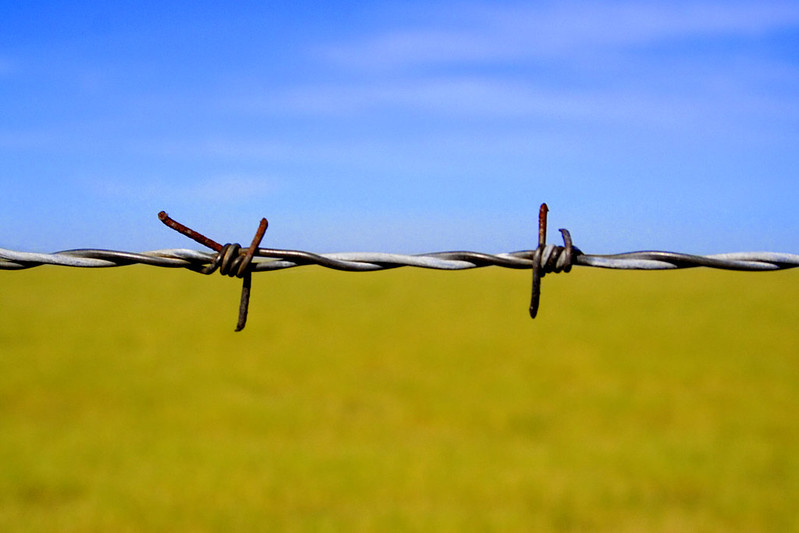 For Ukraine’s citizens to return to a normal way of life, it will be necessary to establish a sustainable peace between the country and Russia. Daniela Irrera argues a coherent debate on the future settlement in Ukraine should not wait for the end of hostilities – it should start now and involve the commitment of western powers.

The most recent images of civilian massacres in various parts of Ukraine are horrifying. Reminiscent of the war crimes and genocide that took place during the Bosnian War in the 1990s, these events have provoked an immediate reaction from people across Europe. They come at a time when Russia is redeploying its forces to carry out a new offensive in the Donbas region in eastern Ukraine.

Yet while western powers are now focusing on the immediate military escalation in Donbas – and debating whether more weapons and equipment should be provided to the Ukrainian army – a deep reflection on what will happen in the country in the medium and long term should already be underway. Three major aspects should be considered of particular relevance to any lasting settlement in the country, though other factors will undoubtedly emerge in the coming months and years.

First, the future political regime in Ukraine will be crucial. The country is part of the Russian area of influence, which includes a variety of hybrid and illiberal regimes, but also loyal allies (Belarus and Kazakhstan), hectic ‘rebels’ (Georgia), and ambiguous entities (Kyrgyzstan and Tajikistan) that are neither aligned with the Kremlin nor directly opposed to it.

Russia has long been accustomed to dominating political elites within this area of influence, including by authorising external military interventions and promoting regime change. Among the states counted as ‘rebels’, Ukraine has been the most independent and western-oriented, underlined by the Orange Revolution in 2004-5 and the events of the Euromaidan that ultimately brought an end to the regime of Viktor Yanukovych. Russia’s current invasion of Ukraine is aimed at overthrowing the country’s political leadership and bringing what it views as a rebel regime into line.

It is now obvious that Vladimir Putin badly miscalculated not only the capacity of the Ukrainian army to resist Russian forces on the battlefield, but also President Zelenskyy’s ability to build consensus internally and externally. In addition to boosting the morale of his nation and acquiring almost unanimous popular support, Zelenskyy has gained external legitimacy through video appearances in foreign parliaments and by receiving the leaders of several states in Kyiv.

Zelenskyy has effectively become the reference point for all diplomatic negotiations. Regardless of his real objectives – notably his views on entry into NATO or the EU – it is now difficult to imagine a future Ukraine without his leadership. The first element in establishing a settlement for Ukraine will thus be how Zelenskyy seeks to chart Ukraine’s future, and whether he can use his growing influence to help secure a sustainable peace.

Second, the demilitarisation of Ukraine following the conflict will be a long and troubled process. Since 2014, the Donbas region has been at the heart of a progressive mobilisation of battalions and private armies, alongside the official armed forces of both sides. Some of these, such as the Azov battalion and other neo-Nazi groups, have been widely discussed due to Russia’s claim that it is in the process of ‘denazifying’ Ukraine. However, these are not the only military units whose nature or identity remains unclear.

The escalation of the conflict has seen an increase in the presence of mercenaries and paramilitaries, including Wagner group contractors, many of whom have previously fought in Syria, the Chechen wars, and in other parts of the world such as the Central African Republic. There is already substantial evidence of serious violations of human rights, torture, ethnic cleansing, and the use of unconventional weapons. Like most contemporary intrastate conflicts since the end of the Cold War, the fighting has become characterised by the privatisation of violence and deliberate attacks on civilians. However, in Ukraine these features have been particularly prominent.

The second challenge in reaching a lasting settlement for Ukraine will therefore be to demilitarise this situation and establish peace. History suggests that it will be exceptionally difficult to achieve this given the pattern of violence that has now been present in the region for several years.

The third and final problem is addressing the humanitarian dimension of the conflict. This will entail not only providing support to the huge numbers of refugees who have left the country since the conflict began, but also helping internally displaced people who remain in Ukraine and have had to flee their homes.

This is not a new problem for Ukraine. It began in 2014 when thousands of people were forced to leave the Donetsk and Luhansk regions and travel to safer parts of the country. However, the problem has greatly expanded since Russia’s invasion in February. Although the United Nations Protection Cluster has advanced estimates, it is difficult for the authorities and those who are seeking to deliver aid to fully understand how many internally displaced people require assistance, particularly those in the most vulnerable categories, like children, women, and the elderly. Regardless of the final number of refugees and internally displaced people, managing the post-conflict situation will be incredibly difficult.

With all of these factors considered, a lasting settlement for Ukraine will have to balance the political situation in the country, establish demilitarisation in areas where violence is now the norm, and provide the necessary support to those in need of humanitarian assistance – all while rebuilding the political balance in Russia’s area of influence and addressing major structural issues such as Europe’s dependence on Russian energy. Any viable solution will imply economic, political, and social costs for those in the West. And for this reason, it is vital that western powers begin the process of reaching a settlement for Ukraine now rather than waiting for the end of hostilities.