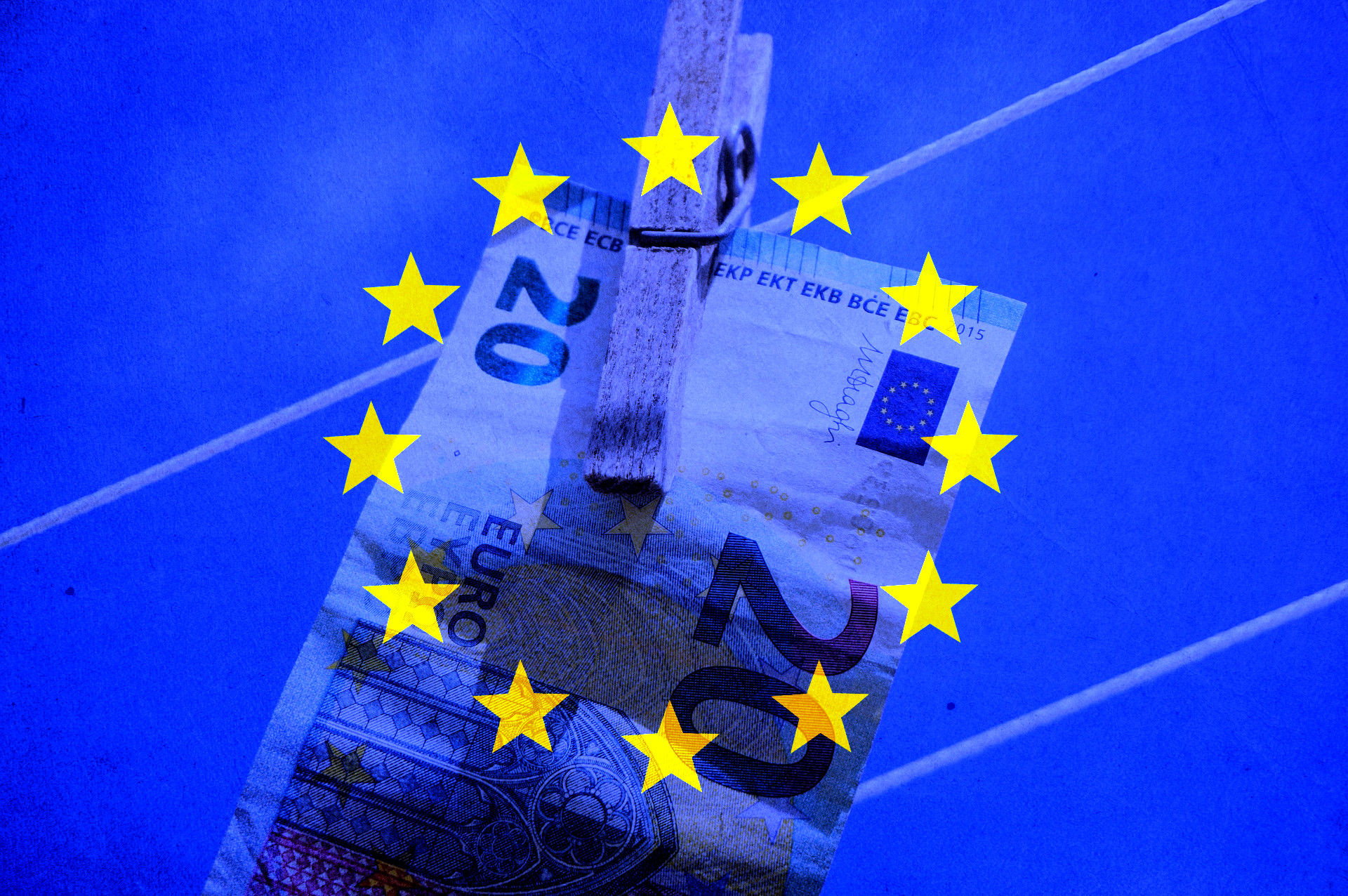 During the pandemic, euro-area sovereign debt surpassed the peak of 95% of GDP seen during the sovereign debt crisis that started in 2009. The average debt ratio in highly-indebted Italy, Spain and Portugal reached slightly above 130% in 2020 – a 25 percentage-points of GDP surge relative to 2019. The deep recession caused by the pandemic together with strong fiscal response contributed to the debt surge.

Unlike in the debt crisis, sovereign spreads increased only briefly when the pandemic hit. They then decreased. Unprecedented intervention by the European Central Bank through the pandemic emergency purchase programme (PEPP) facilitated this outcome. However, as the ECB terminates the programme – net asset purchases were discontinued at the end of March 2022 – spreads have widened again and debt sustainability concerns are resurfacing.

This makes understanding the effects on debt dynamics of the ECB asset purchases and their termination a central policy issue for the euro area. We document the effect of PEPP on the spreads of highly-indebted euro-area countries, and show what happens as the programme is terminated or reversed*. We find that the PEPP had substantial positive effects on debt sustainability and its benefits persist beyond its end.

ECB unconventional monetary policy during the last decade has contributed decisively to the reduction of euro-area sovereign spreads and the dispelling of sustainability risks. However, it is hard to disentangle whether this has been due to signalling or because of asset purchases, such as under the PEPP.

Figure 1 shows the increase in ECB asset purchases for monetary policy, which now account for 58% of the bank’s balance sheet, and the average spreads of Italian, Portuguese and Spanish bonds since the euro-area debt crisis. Figure 1 shows that the strong signalling effect of then-ECB President Mario Draghi’s “whatever it takes” speech in 2012 was subsequently reinforced by the effect of the bank’s public sector purchase programme (PSPP) on spreads after 2015 (though spreads fluctuated even as the ECB balance sheet grew, partly because of political risk episodes). PEPP was started in March 2020 to inject liquidity into the financial system and thus counter the risks to monetary policy transmission posed by the pandemic. PEPP was very large, with an initial envelope of €750 billion, expanded to €1850 billion. It covered all the sovereign debt issued by the euro area during that period, amounting to 35% of outstanding debt.

PEPP more than reversed the spike in spreads at the onset of the pandemic shock, but the effect tended to fade the longer the programme continued. Towards the end of 2021, as it became clearer PEPP would be terminated, spreads started to increase on such expectations. The upward drift has continued, although reinvestment of PEPP maturing debt will continue until the end of 2024.

The PEPP effect on sovereign spreads

To appreciate fully the impact of the PEPP on credit spreads, the surge of debt during this period also needs to be taken into account. We built a counterfactual of where the spreads would have been if PEPP had not existed. We used the debt-to-GDP ratio as the key determinant of sovereign spreads to calibrate the effects of the debt-to-GDP ratio over the German Bund for the benchmark 10-year bonds of high-debt countries (Italy, Portugal and Spain). We used panel data spanning 2015Q1 to 2020Q1. This range reduces contamination from the abnormal period of the euro debt crisis, and ends just prior to the PEPP launch. We estimate that each percentage point of debt-to-GDP adds 3.2 basis points to a country’s spreads, on top of a country-specific constant reflecting other factors.

We built the counterfactual for the three high-debt countries using this estimate. The debt surge at the onset of the pandemic would have caused an average increase in spreads of up to 100bp (Figure 2). Instead, we observed that spreads compressed as PEPP was rolled out.

Figure 2: Without PEPP, euro-area spreads would have been higher

The PEPP effect on debt sustainability

How is unconventional policy introduced and how does it affect DSA? While sovereign spreads depend positively on the debt level, PEPP was able to offset the effect of the debt surge as it withdrew debt from the market, increasing the central bank balance sheet and reducing sovereign spreads. We found that this reduction follows a non-linear relationship that diminishes in effect as purchases increase. Using a debt-sustainability model, we evaluated the effects of both ECB quantitative easing (QE) and passive quantitative tightening (QT) with balance sheet reduction once the debt matures.

Using the counterfactual for each country, we calibrated the spread compression (ie the difference between the counterfactual spreads and the observed spreads) as a function of the asset purchases. For all high-debt countries, we found a strong negative relationship with a diminishing effect as cumulated purchases increased. On average, spreads narrowed by about 20% as the programme was launched, then the reduction exceeded 60% by the time the ECB had purchased about half of each country’s envelope, plateauing soon thereafter. This plateauing suggests that spreads could eventually start to widen, if purchases had continued. PEPP is not a free lunch, but our calibration suggests that for the duration of its implementation it almost reached its peak effect on spreads.

Debt sustainability and the PEPP

Using the spread compression estimates, we examined the sustainability of high-debt euro-area countries, controlling for the effect of PEPP. Our debt-sustainability analysis model allows sustainability conclusions to be drawn with high confidence. We consider that debt is sustainable when the debt trajectory is stable or decreasing at a medium-term horizon (10 years) with a high probability (0.75).

We performed the analysis on a representative country constructed by averaging the sovereign debts of Italy, Spain and Portugal, leading to a starting debt level of 136% of GDP.

We first performed the counterfactual analysis without the PEPP. Figure 3 shows the scenarios for spreads and debt ratios. We observe (left panel) large risk premia, on average, reminiscent of the euro-area crisis, that never reach the pre-pandemic level and are increasing in the long run. The probability of reaching pre-pandemic levels is less than 0.25. The debt ratio (right panel) remains on average above the pre-pandemic level and is increasing with a very high probability at the 10-year horizon. Without PEPP, the debt dynamics would most likely explode.

We now compare these results with PEPP. The programme has two phases. When it is active it reduces spreads according to the spread compression estimated function. Now, in the second phase, the programme is finished and will be unwound as debt matures starting in 2024. We can call this ‘passive quantitative tightening’ (QT). We assume that the effect reverts symmetrically back to the origin so that the effect of unwinding is identical but in the opposite direction to the effect of purchases. This is a rather strong assumption that can underestimate the effect of PEPP. PEPP was launched in the context of spooky markets. If the unwinding takes place under normal market conditions, the reverse impact on spreads is expected in practice to be smaller.

Figure 4 shows the spreads and debt dynamics with PEPP, assuming the programme is unwound from 2024 over a five-year period (a quite strong assumption). We overlay on our plots the spreads and debt dynamics without PEPP. The credit risk premia are significantly compressed during the programme implementation. Once PEPP is fully implemented, but before unwinding commences, the spreads are stable with a high probability of declining due to GDP growth and, hence, lower debt-to-GDP ratios.

When unwinding, the spreads increase but average spreads return to levels below the counterfactual mean levels. The expected cost of debt financing during our horizon would be reduced from 4.4% of GDP in the counterfactual to 3.0% with PEPP. Debt is on a declining trajectory with a high probability. It can thus be considered sustainable. The debt ratio returns to the pre-pandemic level; without PEPP it remains about 25 percentage points higher on average until 2030. Should unwinding start later, in 2030, the results look even more favourable, with the expected cost of debt financing reduced to 2.4% and debt reduced to below pre-pandemic levels by 2035.

It should be noted that our unwinding scenario is quite stringent, and not only because it is rather abrupt. First, the impact of unwinding on spreads is symmetrical to the purchase of assets, but within normal market conditions we can expect it would be more muted. Second, if markets turn volatile, the unwinding period could be extended or other instruments – such as Transmission Protection Instrument launched by the ECB in July 2022 to avoid market fragmentation – could be used. Hence, our analysis is biased towards a bad-case scenario.

Overall, it is clear that PEPP has improved debt dynamics substantially and the beneficial effects should last well beyond the end of the programme. Without PEPP, debt levels of high-debt countries would very likely be unsustainable. With PEPP, public debt is generally sustainable and should return to below pre-pandemic levels by 2030. PEPP has thus made a critical sustainability situation manageable, and has put debt on a sustainable path. The unwinding of PEPP should not jeopardise debt sustainability under normal circumstances.

This blog post is based on the findings in Alberola-Ila, E., G. Cheng, A. Consiglio and S.A. Zenios (2022) ‘Debt sustainability and monetary policy: the case of ECB asset purchases’, BIS Working Papers 1034, Bank for International Settlements, available at https://www.bis.org/publ/work1034.htm.