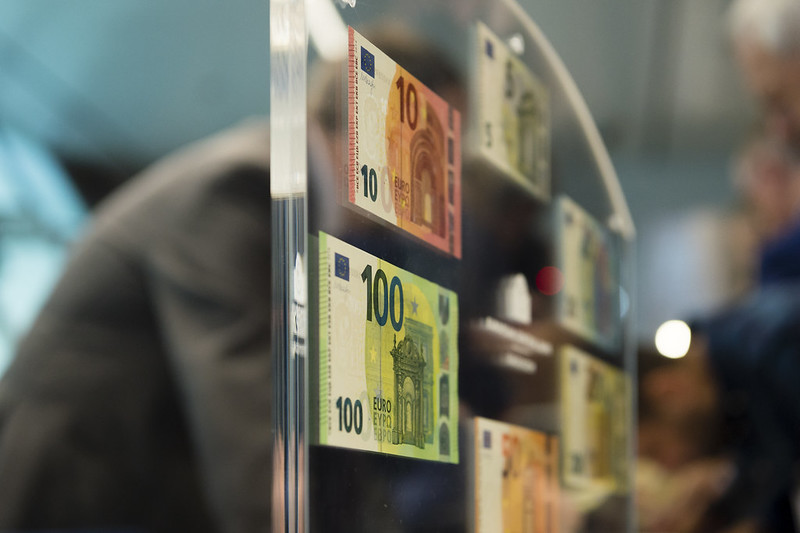 The question of how fiscal policy affects the Eurozone economy has received substantial attention over the last decade. Drawing on a new study, Ricardo Duque Gabriel, Mathias Klein and Ana Sofia Pessoa use a novel regional dataset to estimate the effect of fiscal stimulus on factors such as private investment, productivity, consumption and real wages.

How does fiscal policy affect the Eurozone economy? Over the last decade, this topic has gained renewed attention among academics and policymakers alike. As the main policy interest rate of the European Central Bank (ECB) has reached its lower bound, for instance, commentators have frequently asked for more fiscal actions to stimulate the economy. In one of his last press conferences, parting ECB President Mario Draghi stated that it is now “high time I think for the fiscal policy to take charge”.

Large-scale fiscal consolidation packages and dismal growth performances in southern European economies have raised tensions between core and periphery countries about the adequacy and usefulness of austerity programmes. Moreover, motivated by the close trade linkages among member states of the European single market, there is particular interest in how fiscal interventions spill over from one region to another. Finally, the Covid-19 rescue package implemented by the European Commission makes it evident that a better understanding of how changes in government spending influence the Eurozone economy is urgently needed.

In a recent study, we address these important questions by providing new empirical evidence on the economic impact of fiscal policy and its transmission mechanisms in the Eurozone. In particular, we rely on a novel dataset provided by the European Commission and use regional variation in government spending to estimate how fiscal policy shapes the Eurozone economy.

Figure 1 below shows our main results concerning the impact of government spending on output and employment. The estimates reveal a cumulative output multiplier of 2.9 (see left panel of Figure 1), which implies a €1.9 increase in relative private sector production for every €1 increase in relative government production. Moreover, changes in regional government spending have sizeable effects on local labour markets, indicated by the employment multiplier in the right panel of Figure 1. Furthermore, the estimates imply that a €1 million increase in government spending creates 42 new jobs four years after the fiscal stimulus or, in other words, a cost per job created of about €24,000. Interestingly, the lion’s share of these additional jobs is created in the private sector. Overall, these results suggest that fiscal policy is an effective tool for raising regional activity in the Eurozone.

Our evidence also points towards strong positive supply-side effects of government spending changes. We find a significant boost in private investment which can be rationalised by a strong and persistent rise in labour productivity and total factor productivity. Thus, discretionary fiscal policy seems to be a powerful instrument in stimulating private investment activities and leads to productivity gains. Furthermore, the fiscal stimulus induces a significant rise in durable consumption together with higher real wages and an increase in the labour share. The latter indicates that there might exist a redistribution of income towards workers after a fiscal expansion. In sum, these results point towards a strong private crowding in following a fiscal spending expansion.

Moreover, our results highlight the role of important heterogeneous effects of government spending across industries, states of the economy and member states. First, we find that multipliers are larger in the construction and industry sectors, whereas the impact of a change in regional government spending is somewhat lower in the services and financial sectors.

Second, fiscal policy is more effective for stimulating economic activity and employment during economic recessions than during economic booms. Given the significant amount of economic slack in the current pandemic situation, this finding suggests that the fiscal rescue package implemented by the European Commission should be associated with larger positive economic effects than during normal times.

Third, in the core countries of the Eurozone, government spending can spur economic growth significantly more than in the periphery countries. The political and legal system, the labour market and pricing frictions or financial developments are all potentially responsible for the differences between these groups of countries.

Finally, deep regional integration within the European single market has raised particular interest in how fiscal stimuli spill over from one region to another. In particular, in the presence of positive fiscal spillover effects, regions with ample fiscal capacity could use additional fiscal stimuli to boost demand from regions facing substantial economic slack. Although the close trade linkages across European regions within the European single market might suggest strong spillover effects, our estimates reveal only small (and mostly insignificant) fiscal spillovers.

This new empirical evidence should contribute to discussions among academics and policymakers about the gains and limitations of fiscal policy in the Eurozone. In particular, the results suggest that fiscal policy is an effective tool for stimulating regional output, employment, investment, and productivity. Furthermore, despite the deep regional integration within the Eurozone, increased public spending in regions with ample fiscal capacity might have only small spillover effects. Finally, heterogeneous effects across states of the economy and member states should be taken into account when designing adequate stabilisation measures.