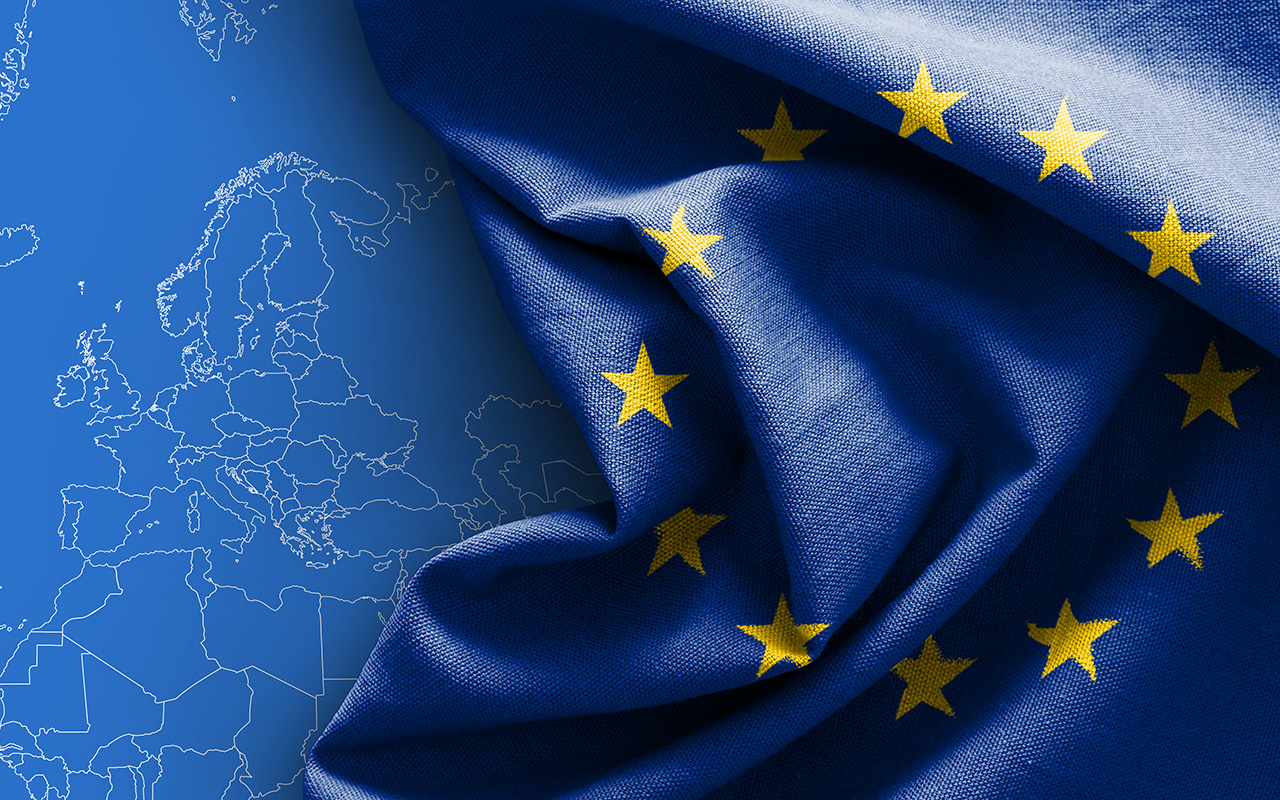 The last few decades have seen a dramatic increase in both the number of national regulatory agencies operating across Europe and the number of European agencies operating under the framework of the EU. But how do these two groups of agencies interact? Drawing on a new study, Jacint Jordana and Kutsal Yesilkagit demonstrate how national regulatory agencies and European agencies have become entangled within multi-level European governance.

The European administrative space has been one of the fastest transforming political and administrative domains in the world. Within a couple of decades, there has been a fundamental change of roles, positions, and processes through which national and supranational governance actors have come to interact with each other and constitute new types of policy regimes across the EU.

National regulatory agencies have been established at the domestic level by national governments since the 1990s, but the creation of European agencies during the 2000s and 2010s has fundamentally changed the role of their national counterparts. National regulatory agencies have evolved into multi-level actors, gaining new roles in a variety of EU and domestic governance constellations. They have come to occupy a ‘broker’ or intermediary position between domestic and European polities, and effectively articulate positions at various levels of government, for instance through many national regulatory agency representatives sitting on the management boards of European agencies.

National regulatory agencies have autonomy from national political principals but are strongly embedded in national policy regimes. As such, they act through different channels than ministerial structures from national state apparatuses. Their delegated powers allow them to directly cooperate with European agencies and other supranational institutions, notably the European Commission, as well as with regulatory authorities from other member states while maintaining their national angle.

National regulatory agencies have come to tie the loose ends between the supranational and national levels in EU multilevel governance: they articulate demands, ideas, and proposals in both directions, also having the necessary policy embeddedness to avoid playing a simple role as messengers. As a result, in a significant number of policy areas national regulatory agencies, European Commission directorates and EU agencies configure a system of delegated entities, that we characterise as entangled agencies.

Together they form composite regulatory regimes enjoying relevant levels of policy autonomy. Although shaped by legislatives and executives, this is overlooked both at domestic and European levels. Such simultaneous access to European and national policymakers deems them policy intermediaries across different levels of governance in Europe and therefore makes them attractive players to the larger regulated industries, which are often themselves multi-level actors. In this context, it is no surprise that many studies bear witness to the growing de facto autonomy of national regulatory agencies vis-à-vis national executives.

The links between national regulatory agencies and European agencies

The neglected side of this story concerns the ties between national regulatory agencies and European agencies, which are more complex than commonly depicted. They include networking activities, multiples bilateral exchanges and participation in European agency bodies, among other mechanisms.

The majority of the appointments to EU agency boards are made by the member states. The overwhelming majority, 720 board members (69%), are employed by their national public sectors, followed by individuals working in the third sector (154, 14%) and the institutions of the EU (122, 11%). Focusing on agency board members, the dataset contains 34% (362) individuals who worked at a national or regional agency at the time of data collection, a large majority (293) being directors or managers of national regulatory agencies.

Figure 1: Positions held by board members of EU agencies 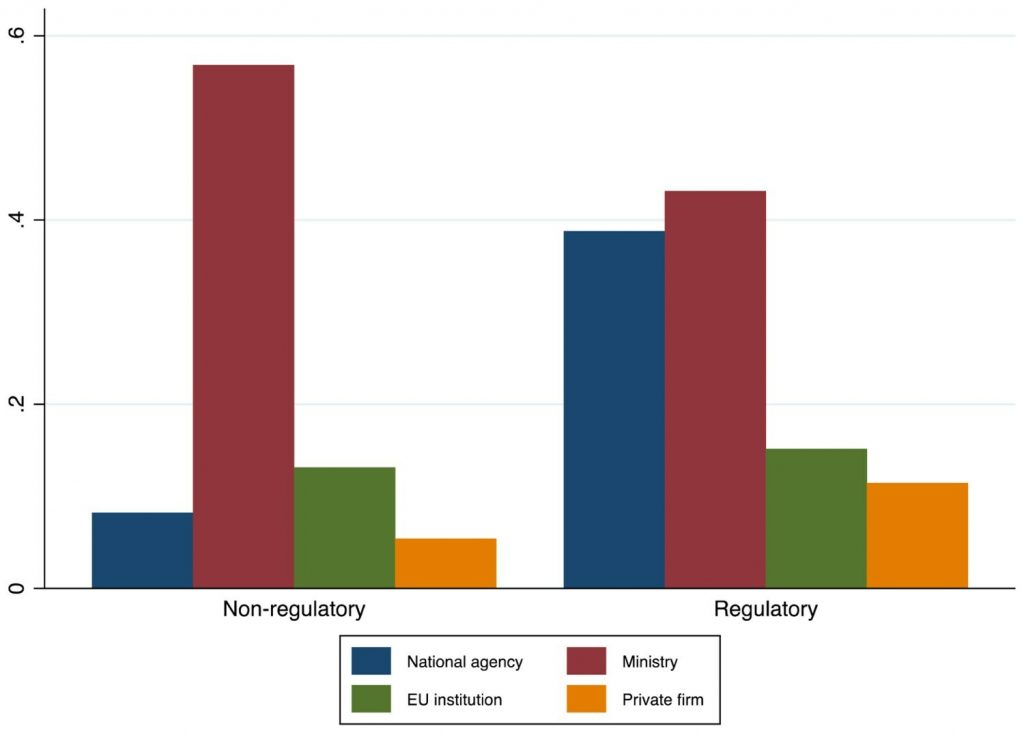 Note: For more information, see the authors’ accompanying paper in the Journal of European Public Policy.

The relationship between board members with positions in national agencies and EU agencies with policy advisory and decision-making powers is positive and strongly significant. Representatives of national regulatory agencies are hence more involved in European agencies with hard powers than those with soft powers. The data offers clear evidence regarding the connections between national and supranational regulators in Europe. We find that representatives of national regulatory agencies have obtained multiple positions within the European administrative space. Moreover, our findings show a clear pattern in articulating this development, as the empirical results obtained confirm the relevance of these connections for those EU agencies having more regulatory activity.

The concept of entangled agencies emerges as a highly relevant one for understanding the preference formation by national regulatory agencies in multi-level settings. They are national entities that are rooted at the domestic level, but they also interact and intermediate in the European administrative space as key actors within the composite regulatory regime.

Despite the fact that the entanglements we found are sector-specific, meaning national regulatory agency representatives are seated only in the boards within their own policy domain, the kind of entanglement described could also be understood as one where European agency board members are rooted in national contexts, which is a potential counterforce to the development of a detached ‘regulatory elite’ at the EU level. However, enjoying delegated responsibilities allows them to show some separated preferences from governmental priorities and to articulate different strategies in European settings, which are more sector-centred in most cases, but without disconnecting from their domestic backgrounds.