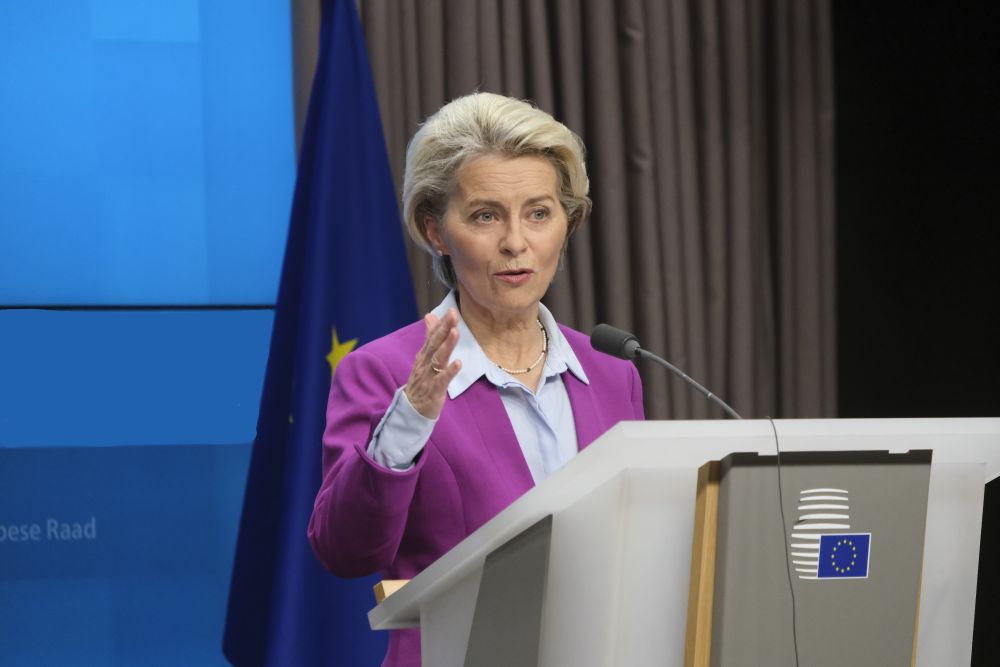 Looking back over the past few months and setting the EU’s priorities for the coming legislative year can only bring you to the conclusion that more Europe is needed, in energy and defence policy, in diplomacy and to reach the goals of strategic autonomy and the ‘geopolitical Commission’.

But looking around Europe, this is not necessarily what all citizens think or how some governments act. It suffices to look at the outcome of the Swedish elections, the grim prospects for the upcoming Italian ones, the way the Orbán government continues to act, or the views of the multitude of extreme right- and left-wing groups across the EU.

All eyes will be on Ursula von der Leyen’s annual State of the Union on 14 September. It marks the start of the EU’s political year, her fourth as President of the European Commission, and her last full year before the 2024 European Parliament elections, the outcome of which will decide if she can stay on for another term.

Russia cannot be allowed to win

With the war on our doorstep, the EU’s key priority for the coming year will be to strengthen its various instruments to assist Ukraine and to further penalise Russia.

Russia cannot be allowed to get its way in Ukraine – this is truly a battle of democracy versus autocracy and Ukraine must prevail.

An eighth sanctions package is on the table but the impact of the sanctions is the subject of controversy as holes remain that can be exploited. Financial assistance has been provided to Ukraine, and more will be needed, but Europe’s help is dwarfed by the more than USD 50 billion provided by the US. And unified support within the EU, and with other democratic states, also needs to be maintained.

The energy crisis calls for a more European solution, but Member States do not necessarily agree and they want to keep energy policy firmly in their own hands.

Energy price caps (currently already applied by some Member States and being considered at EU level) do not make sense. Any price subsidy will, as we have argued, lead to higher import prices, hence other measures should be considered, such as a tax on Russian energy imports.

The matter of energy companies’ windfall profits should also be dealt with at European level to avoid distortion within the internal market.

Slowing growth and rising inflation adds even more pressure on the EU. Consumer confidence is already very low in many countries and more economic pain will only play into the hands of the populist parties that aim to lure voters with ‘easy’ solutions to incredibly complex challenges.

There is an easy way out of this mess – lowering or even ending the sanctions on Russia. Citizens need to be aware that doing this will come at the cost of core political freedoms and would mark the end of Europe as we know it today.

Through the NGEU, the EU has the fiscal levers to assist Member States, and to reduce the pain felt by many but disbursements could be enhanced further, while taking rule of law considerations into account.

In the domain of defence, important steps have now been taken. With the use of the European Peace Facility (EPF), Member States have mobilised an unprecedented EUR 2.5 billion in ‘lethal aid’ to the Ukrainian armed forces. Through the Strategic Compass, Member States have broken a taboo with a proposal for a joint arms procurement programme. But these actions will need be stepped up rapidly, given the urgencies of the war.

Probably less discussed but even more important in the long term is the need for more tightly knitted European diplomacy. The events over the last six months have demonstrated that much more integrated European diplomatic efforts are vital. The loose diplomatic cooperation as we have today is no longer fit for purpose.

European leaders may be speaking about ‘European sovereignty’ but this is not necessarily what we see on the ground. Even if the very notion may seem illusionary to some, in times of a major security crisis, functional diplomatic services under a central authority are crucial, to ensure common intelligence sourcing and common actions.

This year, the stakes are too high

Make no mistake about it, business as usual is over and this is the most important message President von der Leyen should hammer home in her State of the Union address.

Our democratic system is under direct attack in Ukraine, an associate state and now candidate country. European citizens should be reminded of the spirit of the European multilateral institutions that were instituted after 1945 to preserve our democracies, the rule of law and our way of life, and how all of these are now fundamentally threatened by the Putin regime in Moscow.

The EU has been crucial in consolidating a space where Europeans can live in peace and prosperity, a precious good in today’s uncertain times. Yet its very existence is now under threat and this must be acknowledged by President von der Leyen in her address on Wednesday.