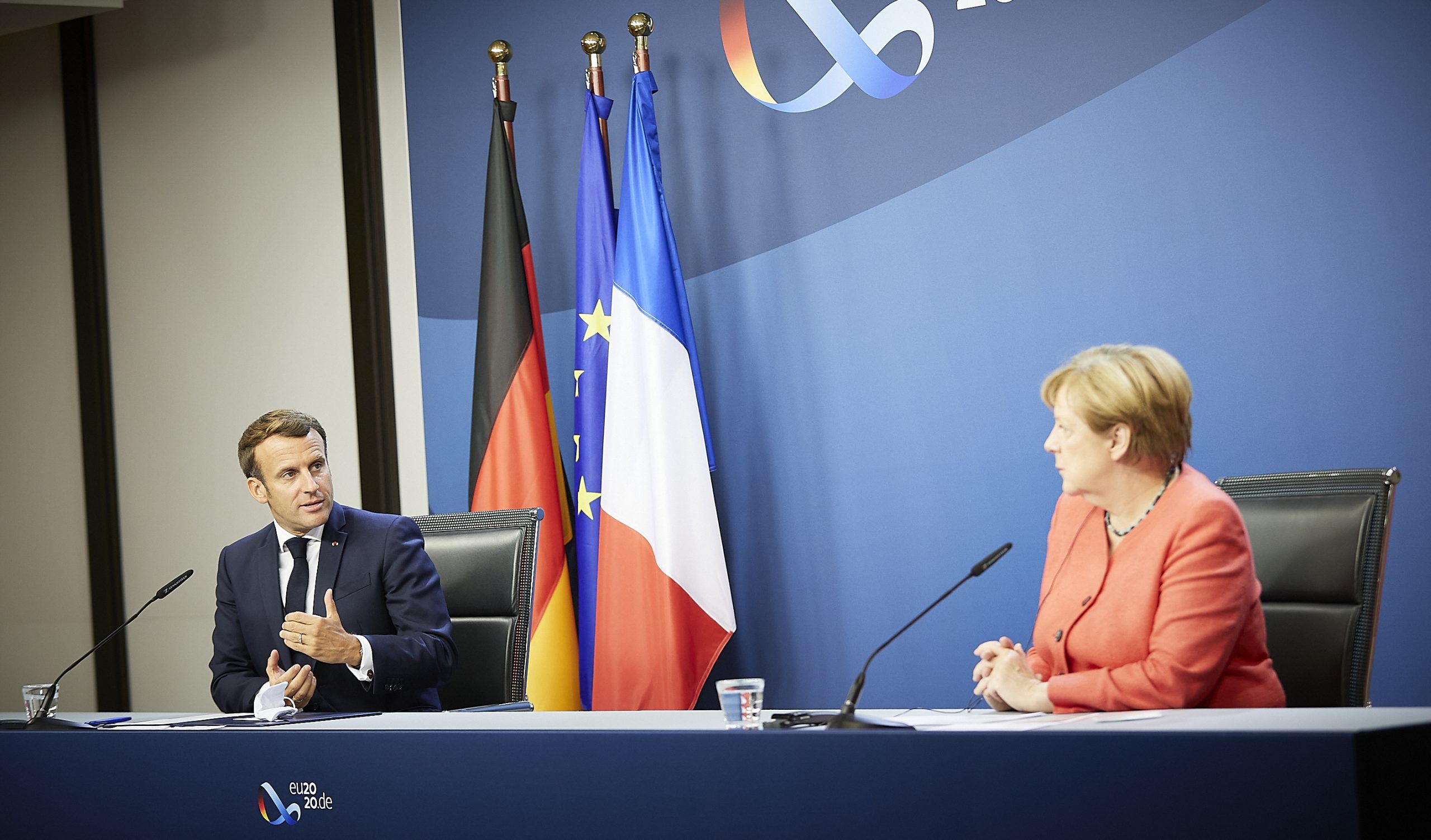 It is often assumed that if both France and Germany support an EU proposal, it is likely to be implemented. Yet as Magnus G. Schoeller explains, this is not always the case. Drawing on a new study, he documents the success of smaller ‘creditor states’ in blocking Franco-German initiatives within Europe’s Economic and Monetary Union.

EU leaders recently agreed on a 750bn euro recovery package to fight the consequences of the Covid-19 crisis. The larger share of the jointly borrowed money shall be distributed to member states as grants (390bn) rather than loans (360bn). Apparently, the EU needed another crisis to set up a new stabilisation mechanism. When two years earlier France and Germany proposed a genuine Eurozone budget to stabilise the Economic and Monetary Union (EMU), the initiative failed. Instead of a Eurozone budget, member states agreed on a reform delivery tool called the ‘Budgetary Instrument for Convergence and Competitiveness’ (BICC). Ultimately, even the BICC was dropped in the context of the Covid-19 recovery package. No one protested.

The story of the failed Eurozone budget shows how smaller member states can prevent a Franco-German proposal from materialising. When the initiative was negotiated, a Dutch-led coalition of eight smaller EU countries succeeded in replacing the Eurozone budget proposal with a different instrument to incentivise national reforms. Since then, the ‘frugal states’ north of the Alps have no longer been willing to rely solely on Germany to advocate their interests. Against the backdrop of Brexit, which could lead to a power shift in favour of Germany and France, they have instead formed their own coalitions. In the words of Dutch Prime Minister Mark Rutte, they have made it clear that ‘it’s not a French-German Europe’.

However, small states lack the resources to block an unwelcome proposal right away. Therefore, they need to use strategies. ‘Issue replacement’ is one such strategy. If actors do not like an issue on the political agenda, they can try to reach a deal on another issue under the same label, thereby replacing the original proposal by stealth. The other negotiating parties may prefer a deal on the new issue to a costly victory, lengthy negotiations, or even no deal at all. This is especially true in political negotiations, where public salience increases the pressure on negotiators to bring home an agreement. In other words, striking a deal on a different issue while keeping the old label allows everyone to keep face.

This is precisely what happened to the Franco-German proposal. Although the initiative was far less ambitious than Macron’s original vision, it was a clear commitment to a stabilising budget for the Eurozone that would exist independently of the EU budget. The money originating from tax revenues, national and European resources should substitute national spending. By contrast, the BICC adopted by the Eurogroup one year after the Franco-German proposal was part of the EU budget, subject to structural reforms, conditional on national co-financing, and most of the funds would flow back to the member states providing them. To put it bluntly, money would be channelled to the Commission and Eurogroup, and come back with reform conditions attached. Still, the BICC was the final outcome of the Eurozone budget debate.

To be sure, the Franco-German initiative and the frugal counter-proposal were not new. When the Commission presented its roadmap towards ‘Completing Europe’s Economic and Monetary Union’ by the end of 2017, it suggested two different budgetary instruments: a reform delivery tool and a stabilisation function. At about the same time, eight smaller EU countries – the Netherlands, Finland, the three Baltics, Sweden, Denmark and Ireland – joined forces to promote their own views on EMU reform. They suggested supporting the implementation of structural reforms through the EU budget – but no stabilisation function. In the following two years, the ‘New Hanseatic League’, as the group was soon known, met regularly at the sidelines of Council meetings.

When Germany and France proposed their Eurozone budget, the Dutch Finance Minister wrote a letter on behalf of the eight Hansa countries – joined by Austria, Belgium, Luxembourg, and Malta – rejecting the proposal. In the June 2019 Eurogroup negotiations leading to the BICC agreement, the New Hansa countries succeeded in blocking all key features of a stand-alone budget while realising their own preferences of a reform delivery tool. There would be no stabilisation function and no budgetary instrument outside the EU budget. Instead, the instrument would focus on structural reforms and its size would be decided only under the rules and ceilings of the Multiannual Financial Framework (MFF).

The success of the New Hanseatic League comes with three innovative features in EMU politics: First, the policy entrepreneurship of the Netherlands reflects a change in the Dutch EMU strategy. While Dutch preferences on EMU reform were at the frugal end of the spectrum already during the Eurozone crisis, their strategy has changed from brokering a Franco-German compromise to forming a hawkish corner with smaller allies. Second, the New Hanseatic League operates without Germany. Formerly, these frugal states were represented by Germany. Once Germany found a compromise with France, the other states accepted the deal. With the New Hansa, however, EMU’s small creditor states built a new front in EMU decision-making. Third, while coalition-building and bargaining in the Eurozone usually takes place behind closed doors, the New Hanseatic League went public by making its position papers available online and cooperating with media outlets such as the Financial Times.

These features helped the New Hanseatic League replace the Eurozone budget proposal with the BICC. What is crucial to the success of this issue-replacement strategy, however, is that it allows all negotiating parties to keep face. After the June 2019 agreement, the French Finance Minister stated: ‘we did tonight what we had set out to do: we’ve created a genuine eurozone budget.’ Talking about the same agreement, the Dutch Finance Minister commented that ‘no matter the noise people feel they have to make, this is about competitiveness and convergence and not in any way about stabilisation’. After the details were settled in the October agreement, the French minister reiterated that ‘we are now not far from having concretely the eurozone budget that we were expecting’. The Eurozone budget proposed by France would have existed outside the EU budget with a volume of three to four per cent of the Eurozone’s GDP to provide fiscal transfers in the case of economic shocks. Even if the BICC had finally materialised, none of these features would have been achieved.

The story of the failed Eurozone budget shows how small states can prevent a Franco-German initiative from translating into actual EU reform. To reach this end, it seems more promising to make a counter-proposal, which may even replace the original proposal, than simply trying to veto an initiative. This is all the more true in view of the UK’s exit from the EU, in which frugal and integration-sceptical states have lost a powerful veto player at their side. The latest episode of the ‘Frugal Four’ opposing the Franco-German initiative for a grant-based Covid-19 recovery fund repeats the new pattern. Fiscally conservative states in EMU are no longer willing to rely on Germany to defend their interests, but rather team up and make their own voices heard. However, this new role also implies more responsibility for the common good. Opposing a Franco-German reform proposal may easily result in a deadlock that could exacerbate the EU’s crises – not only in the realm of economic and monetary policy.