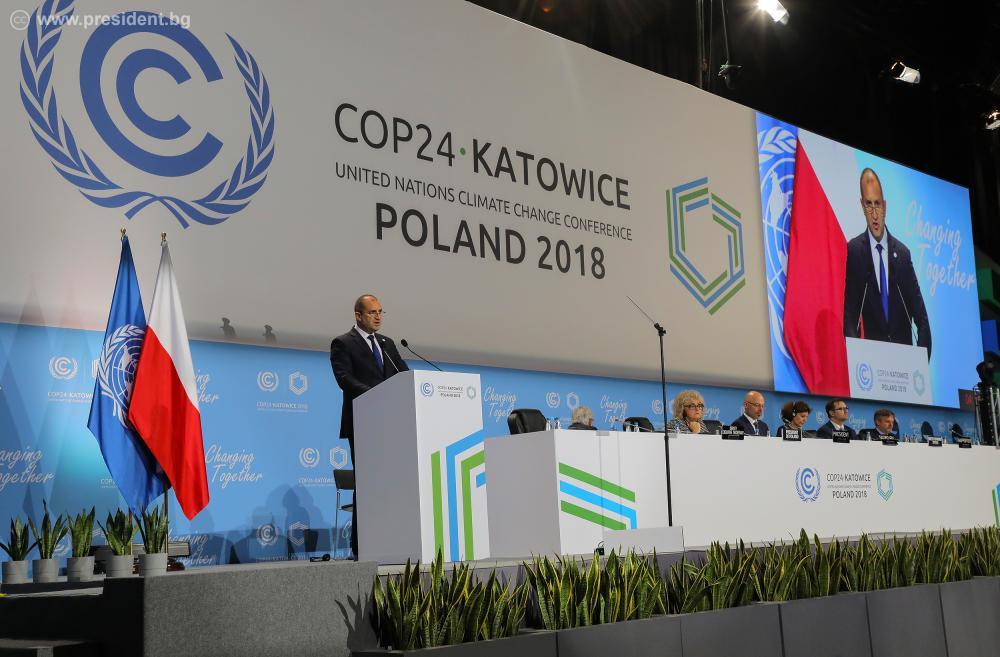 At least one red line was blurred on Thursday.

China signalled that it was open to applying “uniform” climate change rules across developing and developed countries. It marked a clear shift towards the EU and US’ big ask – for a system that gives poorer countries time to comply with the rules, with a firm end date – and away from other emerging economies.

The EU and China spent Thursday hastily drafting their own compromise proposals to feed into the Polish text – at the request of UN secretary general Antonio Guterres. All eyes will be on the Polish summit presidency on Friday, as it is due to deliver its first full draft of the hefty rulebook under negotiation.

Poland’s Cop24 president Michał Kurtyka sounded a heartfelt, somewhat desperate note to ministers after hearing their updates from a late night of negotiations of various parts of the Paris Agreement rulebook.

The UK and Canada already peeled away a bunch of US cities and states to join their coal phase out alliance. Now they have targeted another pro-coal nation – Australia.

Despite that country proposing to underwrite new coal generation with taxpayer money this week, its two biggest cities were announced as the latest partners in the powering past coal alliance. Sydney and Melbourne joined Scotland, Senegal and Israel as new members.

…but what about gas?

At the launch event, UK climate minister Claire Perry was interrupted by some gentle heckles from Extinction Rebellion activists, criticising her support for fracking.

“Ms Perry,” a man said, “a few weeks ago, people superglued to the doors of your department for 6 hours. I joined them, as Extinction Rebellion asked you to treat you this crisis as the emergency that it is. People travelled from around the country to be there, including from communities affected by your hydraulic fracturing policies. They think that your government is risking all of our future lives.”

English as ever, Perry brushed off the heckling as “plain rude” and told the protester that he should be “proud” of the energy transition that the UK had operated in the last 20 years.

“If the world moved away from coal and used gas, emissions would drop very substantially overnight,” she added.

Perry confirmed the UK, whatever state of Brexit it might be in by then, is bidding to host UN climate talks in 2020. Turkey, Italy and UAE are other potential hosts.

Swedish teenager Greta Thunberg, a breakout star at these talks, has issued a video message calling for a strike on Friday to put pressure on leaders to make a deal. Her uncompromising demand for climate action has already inspired mass school walkouts in Australia. If there is one group of people who can’t take the day off, alas, it is those of us here at Cop24.

JSW, a coking coal company and sponsor of Cop24, is trying to shake off the fuel’s dirty connotations. It has been in high level discussions with the EU about a rebrand, reports CHN alumna Sophie Yeo for DeSmog UK. Good luck with that.

Several governors of Brazilian states have expressed interest in joining a coalition of states that will uphold the country’s commitment to the Paris Agreement, according to a former congressman and environmental advocate. The initiative follows a model already in place for cities, states and businesses in the US. Reuters has the story.

You heard it: the least developed countries are not ones for reluctantly “taking note” or “welcoming” the findings of the UN climate science panel on 1.5C – instead they “wholeheartedly and unequivocally welcome” them. In a letter to Espinosa and Guterres, the chair of the 47-country group called on negotiators to take the science into account under the form of a Cop decision on the Talanoa Dialogue.

In a statement, fifteen Pacific small island developing states (PSIDS) also appealed for everyone to back the science.

Saudi Arabia did not directly mention the scientific report in its latest press release, but blamed “efforts to impose excessive and unrealistic taxes on hydrocarbon fuels” for “social unrest” and “violent protests” – a veiled reference to France’s gilets jaunes. “To fully deliver on the Paris Agreement, we must first accept that the shift to low-emission economies will take time,” it said.