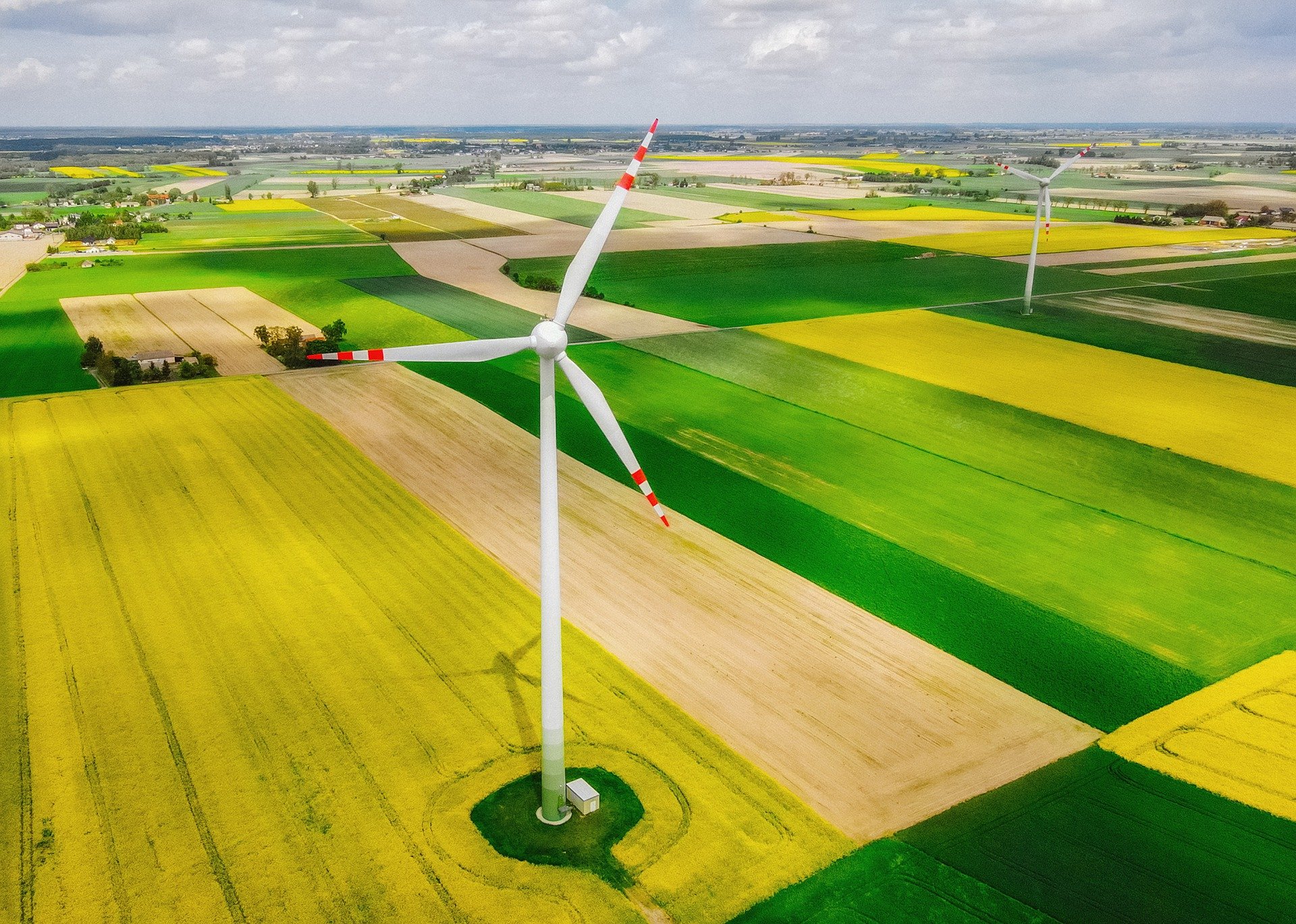 The EU needs to address through blending of public and private funds the lack of private climate finance being channelled to low- and middle-income countries.

Collectively, the European Union and its members are the largest providers of public sector funds for climate mitigation and adaptation in developing countries. The European Commission’s sustainable finance strategy, updated in July 2021, set the goal of also scaling up the so-far miniscule private climate finance in low- and middle-income countries. This tied in well with the change of strategy at the European Investment Bank, which in December 2020 re-styled itself as a ‘climate bank’, and whose sizable balance sheet could be deployed outside the EU. If designed well, a blending of public EU resources with the ample private institutional capital that targets sustainability outcomes could mobilise substantial funds. To identify the right partners, any new EU scheme should be announced ahead of the United Nations COP27 climate summit in November 2022, which will be hosted by Egypt and will focus on developing countries.

The substantial financing requirements related to climate change are concentrated in low- and middle-income countries, rather than developed economies, given the growing populations and energy intensity of GDP in less-developed countries over the medium term. As this group of countries is most directly exposed to physical climate risks, climate adaptation and resilience also requires huge resources.

Tracking financial flows that clearly address the climate challenge is tricky. Much of what is spent by domestic public institutions and private entities, for instance in industry or agriculture, can at best be partially captured. Nevertheless, it is clear that funding gaps are significant, and have widened further in the COVID-19 crisis. In 2019/2020 roughly $632 billion was allocated to climate projects globally, with the private and public sectors each contributing half. Development finance institutions accounted for most public sector finance. Cross-border flows accounted for only a quarter of the total, of which half went from advanced to non-OECD countries.

Greater cross-border mobility of private climate finance has been a policy goal for some time. In the euro area, green bonds markets are more integrated than standard bond markets, as only some countries issue high-standard green instruments. Investors turn to domestic securities as soon as local supply becomes available, though the initial exposures have a lasting effect on capital allocations.

Only relatively few private firms in developing countries have regular access to international or local capital markets. The recent bout of investor risk aversion has led to a retrenchment from cross-border exposures and shrunk this group further.

Access to cross-border ESG-oriented investors (targeting environmental, social and governance outcomes) in local bonds and equities may suffer particularly from information barriers, poor contract enforcement and operational risks in projects. Subsidies and tax rebates favour fossil-fuel based energy excessively while the investment environment for renewables projects is inadequate, for reasons including uncertain feed-in tariffs and grid access. Often there is simply not a sufficient pipeline of bankable infrastructure projects into which cross-border bond and project finance could be attracted.

When projects and financing packages do come to the market, international investors are likely to face considerable risks of greenwashing. Green finance regulations are normally lacking or incomplete and may not align with the EU classification of sustainable activities and other standards. Capital market instruments aligned with ESG principles also depend on good corporate governance. The issuer of a green bond commits to allocate bond proceeds to certain activities, and to report on impact. In a sustainability-linked bond, debt service costs will become more onerous if agreed performance targets, such as carbon emission reductions, are missed. The issuer’s transparency and credibility are key in such financing structures.

In order to mobilise financing in spite of such market imperfections and risks, development agencies often offer partnerships to private investors. This so-called blending of public resources is generally only relevant for projects that are in principle bankable but which require some risk mitigation. This becomes more relevant the greater the local country risk and the more innovative the project technology or business model. A common blending scheme is to fund a portfolio of projects in part through concessional funds, or to offer a risk guarantee for the portfolio. Blending schemes have grown in relative importance, with roughly $166 billion in private funds directly mobilised up to 2018 for all types of development projects.

The EU, EIB and European national development agencies, however, have made only limited use of such schemes. Data from Convergence, a private network that seeks to match development agencies and private investors, suggests only nine transactions were done by EU-based public institutions between 2018 and 2020, mobilising a total of $2.8 billion (compared to $32 billion globally). In the ten years to 2020, only six blending schemes set up by public entities targeted climate action under the UN’s Sustainable Development Goals.

An EU offer at the UN climate summit

The number of impact-driven investors and their funds under management have increased sharply in recent years, so the potential of such blended finance schemes has clearly grown. The temptation may be to mobilise such funds quickly through outright grants and guarantees. This may do little more than shift risks from the private to the public sector, generating limited additional flows. Any new scheme by the EU or EIB should target those markets in which the renewables investment regime is already supportive and should address specific regulatory risks or information barriers. EU development finance should only step in when underlying projects are well structured and commercially sound. Institutional investors will seek sizable financing packages, which requires coordinated approaches by the international agencies.

The Commission should help draft a coherent strategy for the EIB and the European Investment Fund, its capital market subsidiary, on climate finance outside the EU. With a balance sheet of roughly €550 billion and an annual lending volume of €65 billion in 2021, the EIB remains the world’s largest development bank, and has a significant potential to mobilise private finance alongside its own resources, also outside its traditional turf within the EU. Its Climate Bank Roadmap document of December 2020 defined the international expansion of green finance as one of eleven focus areas. The bank’s new EIB Global branch has divulged little detail how this will be done.

Well-governed commercial banks should be the primary counterpart of any new EIB green finance scheme in emerging markets. Banks will remain the main source of funds in most of the so-called ‘frontier’ markets where local capital market development will not make large strides and where few companies or banks have access to international bond markets. Banks could generate significant portfolios of green assets and may be able to track impact at borrower level. They will be the most effective intermediaries for development funds, though will often require capacity building, for instance to help lending officers monitor sustainability criteria in local corporate borrowers.

Given the growth in green bond issuance in the EU, which now accounts for roughly 60% of global issuance, the European Commission seems keen to promote this instrument also in low- and middle-income countries. Green bond issuance in emerging markets (excluding China) grew by 58% in 2021 to $95 billion, with another $64 billion issued in social, sustainability and sustainability-linked bond instruments. India, Chile and Brazil, for instance, have each issued over $10 billion of green bonds cumulatively in both local and international markets.

Yet, green bonds will inevitably be of limited use in terms of both markets and issuers. Illiquidity in local capital markets and transaction costs will deter many issuers from coming forward. Some banks have refinanced their green loan portfolios in local currency bond markets, though this requires strong and homogeneous quality standards for individual loans and borrowers. The EIB could build skills and capacity among the small number of local banks and enterprises which are likely to have a successful capital market presence and, if need be, act as an ‘anchor investor’ in any initial issue, securing the success of the financing transaction.

Support for green finance regulatory frameworks outside the EU will likely yield significant benefits. The Commission will need to make sure that the by-now extensive EU sustainable finance regulations, including the EU Taxonomy and disclosures rules, will not discourage capital flows to emerging markets. Full alignment with EU sustainable finance rules and implementing legislation issued by EU supervisors is clearly not realistic, even for the newly expanded group of accession candidates. The International Platform on Sustainable Finance, which the Commission brought to life in 2019, is a useful initiative, though as yet only nine emerging markets (including China) collaborate. A recent output was the ‘common-ground’ taxonomy, which merged EU and Chinese sustainability classifications. This should now be reflected in EU regulation, and more issues and partner countries should be covered in the future work of this group.