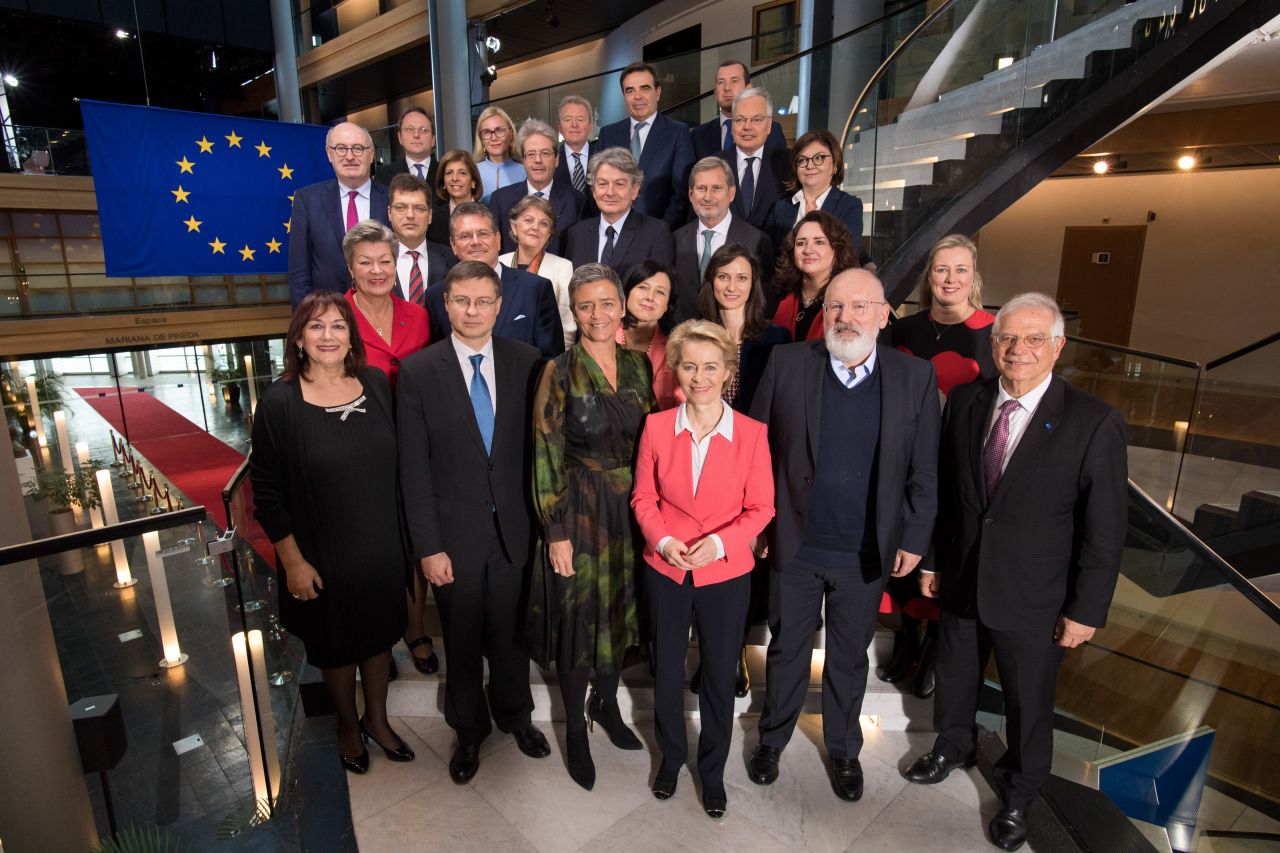 After a demanding but successful first year in office, President von der Leyen now faces the daunting task of adapting the EU’s long-term agenda to the paradigm shift brought about by the Covid-19 crisis. This includes prioritising public health policy, to address the almost complete lack of a European dimension in this domain. And since global cooperation has deteriorated over the past year, the enhanced geopolitical role the President promised for the EU at the beginning of her mandate is important, proving that ‘more Europe’ is needed now than ever before.

A year ago, we wrote that Commission President von der Leyen would not have a honeymoon period in her new post. Those words have proved to be more of an understatement than anyone could have realised. Admittedly, there has been follow through on the intended ‘big splash’, with numerous first-100-day plans in the green, digital, social, industrial and global policy agendas. But after not even as many days in office, the president had to radically veer her programme to the health crisis, its economic impact, and the sharpest decline in GDP since the Second World War.

On tackling immediate challenges, the EU Commission did remarkably well, in cooperation with the other institutions, to reach a Eurogroup financing agreement on April 9th, to use European Stability Mechanism (ESM) loans and devise the temporary Support to mitigate Unemployment Risks in an Emergency (SURE) and, most importantly, the Next Generation EU funding. A doubling of the EU budget, possibly combined with more own resources, could be the basis of a deeper Union, but this has many provisos. The EU Commission will be at the centre of making this work in the coming seven years, and will thus have to demonstrate that it is really up to a bigger EU. This includes enforcing the rule of law as a condition for EU funding.

Longer term, many challenges remain, of course. Public health policy should take priority on the agenda, now that Europeans have seen that one of our core values, universal healthcare, is not very European in its daily functioning. Comparable criteria and statistics in the health domain are still a long way off, as we have all seen, but they are sorely needed. Cooperation and exchange of best practice among nationally oriented administrations remain limited, and a common framework or even a shared approach and mutual assistance is missing altogether. Such a framework is needed to allow people to move in the single market in a pandemic situation. A high-profile committee of scientists should advise the EU Commission in such circumstances and decide at EU level on healthcare threats and risks. The framework should also upgrade and give greater visibility to the Stockholm-based European Centre for Disease Control (ECDC), hardly known to most Europeans, and the European Medicines Agency (EMA), as we proposed in an earlier piece.

The healthcare sector should also be much more central to the EU’s industrial policy and ambitions for strategic autonomy. Pharma is the single most important industrial sector left in Europe, in terms of market capitalisation, but a dashboard of its strategic competencies and weaknesses does not exist. The recent narratives that have circulated about Europe’s dependence on China and India for key medicines and medical equipment, and about the priorities of the US in securing a vaccine, underline the need for a European strategy to calm fears and demonstrate Europe at work. This also applies to biotech research, where national governments are investing in lucrative but not necessarily life-saving treatments, in a disparate and uncoordinated fashion. A proper EU industrial strategy is probably as (or even more) important in the pharmaceutical sector than in other domains, such as tech or transport.

Public support for a real green agenda has grown as a result of the crisis. The Green Deal is on track; it is agreed that the recovery should be green, but it awaits the European Parliament’s approval, and what member states do to implement it will be crucial. Greenhouse gas emissions should be further reduced by more than 50%, compared to the 40% target today. The Covid-19 crisis could be an opportunity to accelerate the phasing out of old infrastructure such as coal-based power plants, but this will undoubtedly be an uphill struggle.

Much action is expected on Big Tech in the market for data, AI and digital tax, where the EU may well be able to set a benchmark for the world. But it will be highly contested, as the EU saw in a recent Court case setback.

In view of mounting international tensions, the EU’s geopolitical role is the most important but possibly also the most elusive target for its members. On the EU’s relations with the US, very little progress has been made since the historic Juncker-Trump encounter in July 2018. On the contrary – relations have cooled even more. Transatlantic relations await the outcome of the US presidential elections, but one may wonder whether a Biden administration would change much on the trade front, apart from a greater willingness to talk. And although China has effectively become a ‘systemic rival’, the EU is gradually progressing on the trade front, with maybe an investment agreement, following the agreement on geographical indications.

There is no shortage of hotspots closer to home, notably in Belarus, where the EU seems to be running out of time to act against Lukashenko, as Russia advances stealthily in the country and undermines basic norms.

And then there is Turkey’s drift from NATO and the EU in order to realise its own hegemonic ambitions in the Mediterranean. Each challenge highlights Europe’s profound difficulty to speak with one voice and agree on priorities. Chancellor Angela Merkel’s likely departure next year leaves the role of great flagbearer for Europe vacant, making it even more difficult for the EU to make its mark the world stage.

One year on, plaudits can go to the von der Leyen Commission for how it reacted to the pandemic, but the big lead themes still need to be fleshed out and adapted to the lessons and challenges of the crisis – not least the EU dimension of public health policy.