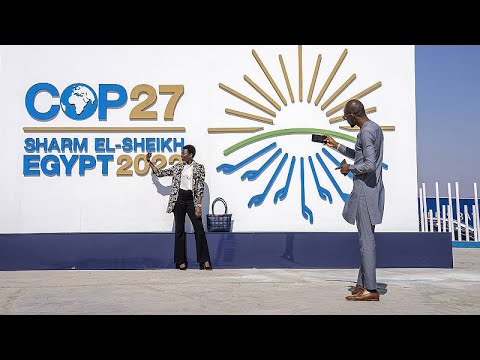 COP27 should create the basis of a global loss-and-damage fund to help vulnerable countries already suffering from climate disasters.

The 6-18 November COP27 climate summit in Egypt began with a piece of good news: delegates agreed to include in the conference’s agenda an item on ‘loss and damage’. This technical term refers to the destructive impacts of climate change that cannot be avoided by cutting greenhouse gas emissions or adapting to the changing climate. Loss and damage tackles the difficult point of who should pay for damage caused by global warming-related extreme weather in poor countries that have not caused the climate problem. The 2022 monsoon flooding in Pakistan that killed more than 1,400 people and caused a 2% hit to the country’s GDP is just the most recent reminder of the damage already generated by global warming.

While an agreement only to discuss loss and damage might sound vague, the move by COP27 delegates is a significant step for international climate diplomacy. It creates for the first time an institutional space in the formal agenda of climate talks to discuss an issue that has long been a major rift between rich and poor nations.

Discussions on this issue remain difficult, and it will be an uphill battle for COP27 to deliver meaningful results. There is a reason why the loss-and-damage concept entered international climate negotiations a long time ago but never really made progress. The Alliance of Small Island States called in 1991 for a mechanism that would compensate countries affected by rising sea levels. Over time, more and more vulnerable countries have realised the way they are affected by climate change goes beyond their capacities to mitigate or adapt by themselves.

Computing the financial claims associated with climate damages is highly complex. Climate change could have already eliminated one fifth of the combined economy of 58 of the most vulnerable countries over the last two decades, equating to economic damage of $525 billion. But such estimates are extremely difficult to do and, as such, remain subject to discussion.

The idea of a mechanism to help vulnerable countries address loss and damage has gained support over time. COP26 in 2021 came close to creating a ‘Glasgow Loss and Damage Facility’ that would have channelled funding from rich nations to poor and climate-vulnerable countries. However, the initiative was ultimately rejected by rich economies, led by the European Union and the United States, which feared unlimited liability.

In 2009, developed nations agreed to deliver $100 billion per year by 2020, to support the efforts of developing countries to reduce emissions and adapt to climate change. This promise was not kept. Depending on how it’s measured – particularly how loans are treated – the shortfall ranges from about $20 billion (as estimated by the OECD) to about $80 billion per year (estimated by Oxfam, which argues that besides grants, only the benefit accrued from lending at below-market rates should be counted, not the full value of loans).

The agreement at the last climate summit, the Glasgow Climate Pact, merely extended the deadline for rich countries to deliver the same promised amount to 2025. Rich countries should also at least double the financing destined for adaptation, from $20 billion in 2019. For context, the United Nations estimates that the climate pledges presented by developing countries under the Paris Agreement imply a total financing need of $5.8 trillion to $5.9 trillion up to 2030.

At COP27, developed countries must finally make good on their promises and scale-up climate finance. It is important to underline that several complementary options can be pursued: bilateral funding, multilateral funding, multilateral development banks, private sector contributions, philanthropy, Special Drawing Rights from the International Monetary Fund, and voluntary carbon markets – on which Glasgow did achieve success with the adoption, after six years of haggling, of rules governing the international trade in emissions reduction units.

The success of COP27 will be measured against how far rich nations ultimately decide to go on these two crucial issues of loss and damage and climate finance. While for climate finance an established, multiform, institutional architecture already exists, and the main issue is to increase developed countries’ financial contributions to finally deliver on the annual target of $100 billion, delivering on loss and damage will be much more complex.

A global fund is needed to deal with loss and damage. This raises difficult questions, such as what form such a fund could take, what types of activity it could support, how it could be funded by rich nations and under what conditions.

Beyond these governance aspects, there will then be the financial issues. The fund would compensate vulnerable countries struck by climate disasters – that is, costs that countries cannot avoid or adapt to – and so its resources would have to be in addition to the annual $100 billion that developed countries have promised to allocate to climate finance. So far, Denmark is the only country to have taken, in September 2022, the step to provide loss-and-damage finance, with a pledge of $13 million. Other developed nations might now follow this example and together create the core of what can become a global loss-and-damage fund. UN Secretary General António Guterres has suggested countries could tax the windfall profits of fossil-fuel companies and use those revenues to support countries suffering climate-related loss and damage. This call was supported by, among others, the prime minister of Barbados during the COP27 opening ceremony.

The European Union’s Solidarity Fund, created in 2002 in response to flooding across the continent, could provide a model for design of a loss-and-damage fund. The Solidarity Fund functions as a sort of supranational insurance policy against natural disasters. It is not intended to reimburse all financial damage caused by the occurrence of a natural disaster, but rather to supplement the efforts of the country concerned and to cover part of the costs it incurs in providing relief, stabilising and rebuilding damaged infrastructure and cleaning up damaged areas. Similarly, a global loss-and-damage fund would not have the aim of reimbursing all damages caused by climate disasters in vulnerable countries, but would supplement national efforts in certain cases, thus avoiding the prospect of unlimited liability that has so far has prevented action by the EU, the US and other developed economies.

Developed countries have a clear responsibility at COP27: to make good on their $100 billion climate-finance commitment and, in addition, to act to protect vulnerable communities already impacted by climate change by agreeing the basis of a loss-and-damage fund. This would give substance to the Paris Agreement’s core principle of “common but differentiated responsibilities”, and would help ensure global climate justice. This will likely define whether COP27 will result in a success or not.