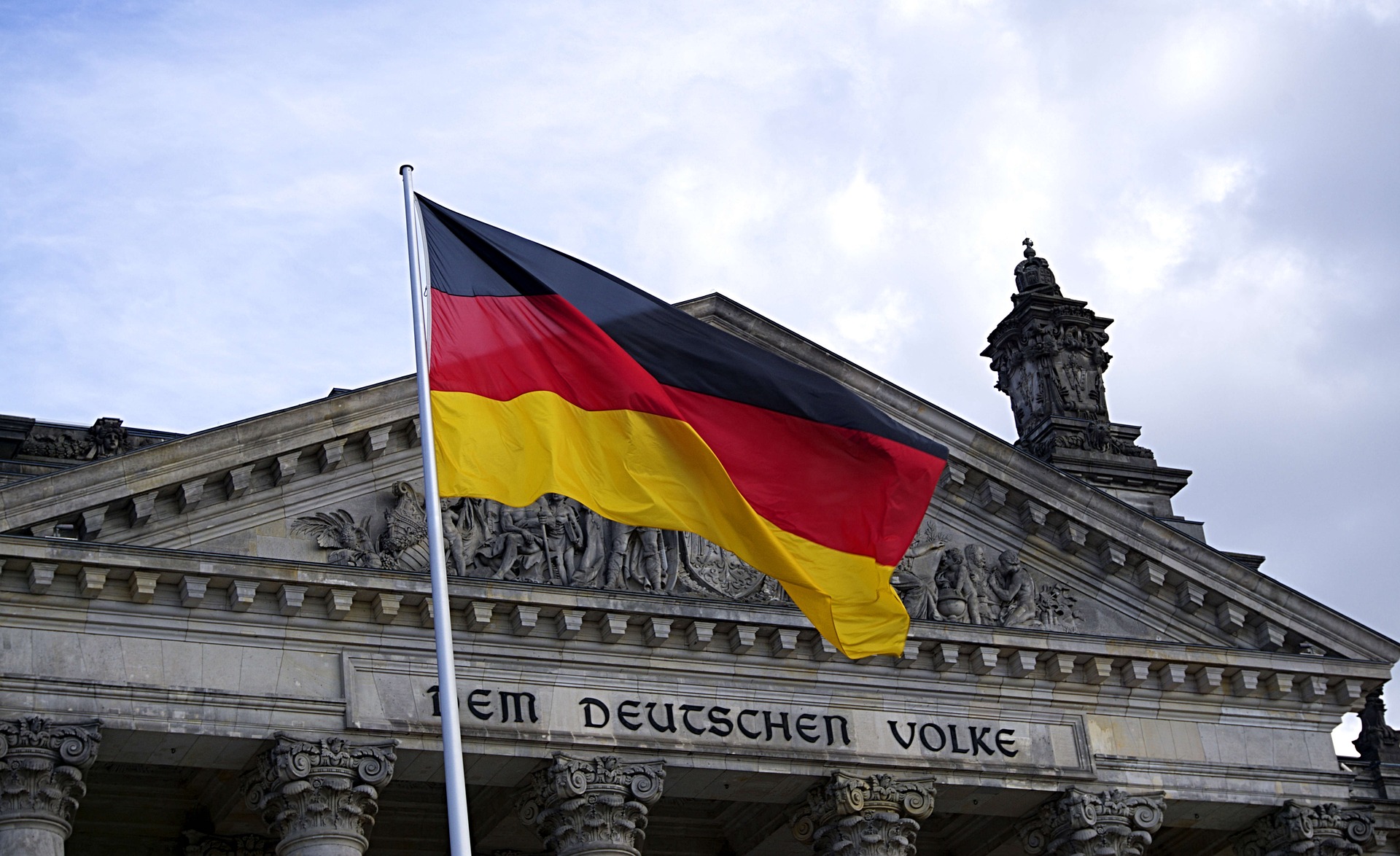 Almost three months on from the German federal election in September, coalition negotiations are now proceeding between Angela Merkel’s CDU/CSU and the German Social Democrats. Eva Heidbreder argues that the 2017 federal election marked a potential turning point in German politics, with broad structural changes to the country’s political dynamics now apparent, and a shift taking place from a left-right cleavage to one separating the winners and losers of globalisation.

It seems that observers, especially those outside Germany, are surprised by the time it’s taking Chancellor Merkel to form a government. Just after the elections, the analysis seemed quite easy: Germans are striving for stability, and the entry of the Alternative für Deutschland (AfD) – an openly right-wing party – is a reaction to increasing uncertainty; but Merkel has won, so overall not much will change. But the on-going struggle to form a government indicates how wrong this reading was. The 2017 election marks a break, triggered by structural changes in the democratic landscape, the experiences of the last three coalition governments, and diverging pressures inside the parties. All three dynamics will mark German politics for years to come.

Let’s start with the broader structural changes, which are not unique to Germany but are present in many western democracies. In a nutshell, societies are more pluralistic, and the traditional left-right party divide no longer reflects underlying societal cleavages. This has the effect of dissolving long-standing party affiliations, with contradictory effects that will prove hard to resolve. In Germany, these broader trends have led to increased fragmentation in the party system, as well as inside parties.

Until the 1980s, essentially only three parties mattered in the German parliament. With the exception of one grand coalition, the iron rule was that the small liberal FDP formed a coalition either with the centre-right Christian Democratic CDU or the centre-left Social Democratic SPD. Things changed when the Green Party entered the stage and, about two decades later, Die Linke became an established voice left of the SPD. With the recent addition of the AfD, there are now six relevant parties in the parliament, and a simple arithmetic consequence is that elections no longer produce the configurations needed to form two-party governments, except for a ‘grand coalition’ of the considerably reduced SPD and CDU.

The more subtle consequence is that the formerly large parties, CDU and SPD, have vocal competitors to their right and left, which they cannot easily react to due to a dialectic effect of increased fragmentation. In search of votes, both mainstream parties have moved towards the median voter in the centre – and while this move is a pragmatic strategy for party survival, it has created space at the ends of the spectrum in which the new parties can thrive.

The move to the centre is strongly linked to the second dynamic – namely that coalition governments work by agreeing to cross-party compromises, which in turn can sow disenchantment among the people. The effect is not new; but whereas in the late 1960s it led to an extra-parliamentary opposition, today the fringe parties are actually in parliament.

In addition, during her leadership of three consecutive coalition governments, Merkel has shown extraordinary skill in producing compromise, and has been able to present government success as genuine achievements of her consensual style. Consequently, her former coalition partners are all terrified of repeating the experience.

Some figures vividly illustrate this fear. After the participating in the first grand coalition with the CDU (2005-09), the SPD’s support fell from 34.2% to 23%; this fell again to only around 20% in the recent elections. Notably, the SPD suffered these losses despite an impressive performance in government, having delivered on all its major promises, including policies supposedly impossible to swallow for the CDU like the introduction a minimum wage.

For the FDP, meanwhile, the shock was even more traumatic. Not only did it fall out of government, it was voted out of parliament altogether in 2013. While the party had entered the coalition government with its best electoral results ever, four years later it saw its very existence at risk.

Except for the Greens, who have not governed with Merkel yet, opposition appears the most attractive, if not the safer position for German parties. While the SPD came to that immediate conclusion on the night of the election, the FDP entered rather unwillingly into pre-coalition talks. The party donned a straight-jacked of demands to avoid taking on the image of a compromise-taker, formulating red lines primarily to show that it would stick to its principles.

The failure of the pre-coalition talks between the four parties, representing the colours of the Jamaican flag, has placed the ball back in the SPD’s court, and brings us to the third dynamic – the internal party battles. The SPD seems unprepared for coalition negotiations altogether: no clear list of demands, no clear analysis and public critique of the failed Jamaica talks, and not even a unequivocal internal party line on whether a grand coalition is desirable. These blanks also shift attention away from a debate about the share of responsibility for the collapse of the coalition talks lying with the CDU, who so far have simply rejected the option of a minority government.

The pros and cons of a renewed grand coalition are challenging all the parties. The strongest pro is that new elections will most probably produce the same results, or might even further strengthen the AfD. The Bavarian CSU, the sister party of the CDU, is especially nervous at this prospect, as it suffered huge losses at the hands of the AfD (AfD +12.4%, CSU -10.5%). The CDU lost votes after the last grand coalition, but hopes to forge another with the SPD. This has worked in the past and would offer the chance to re-order the party in government (and possibly to change the Chancellor mid-term to herald the post-Merkel era). So, the CDU hopes to push for grand coalition and depict anyone defecting as harmful to the country.

The argument for the SPD is more complex. The party leadership may be in safe seats, but many in the lower ranks risk losing everything if there are fresh elections. On the programmatic side, the SPD could push for some far-reaching policies in exchange for entering coalition government, such as pensions and health insurance reform, and a credible move towards Macron in EU politics. They could indeed shape policies, but there is a high risk that it would again result in electoral gains for the parties with a sharper profile to their left, and once again allow the CDU to save itself at the SPD’s expense. In short, the SPD could win on the policy side, but feels this would risk its existence – as Merkel has proven to be an excellent implementer of its policies and taker of credit.

However, despite the apparent turmoil over government formation, the current situation is neither desperate nor free of valuable opportunities. As I said at the beginning, the German situation is indicative of broader trends that are affecting western democracies: parties in the US, the UK, France and elsewhere are struggling with the interlinked effects of increased pluralist societies and the shift from a left-right cleavage to one separating the winners and losers of globalisation. The traditional party systems in these states are not well equipped to accommodate this increasingly dominant societal split. Leaders like Trump and Macron have reacted to this shift, and while their responses are markedly different in content, they have both broken with traditional party logics. The beauty of a ‘Jamaica coalition’ would have been in its potential to pressure the parties to do the thus-far unthinkable, and actually restructure the party landscape.

Alternatively, a CDU-led minority government could possibly be a chance to tackle the broader structural challenges. In this regard, the temptation to go for a grand coalition should be avoided. Not only would it enhance the status of the AfD as largest and thus predominant opposition party in the German parliament. It would also sidestep, yet again, the need to re-shape the Germany’s party landscape. Under this interpretation, the election of 2017 should be read as a vote for differentiation, for party distinction, and for an end to the brand of compromise politics, which makes those who see themselves on the losing side in society feel ignored by the mainstream parties. In the end, this emphasises especially one factor in the struggle to form a government: Chancellor Merkel’s candid and highly effective governing style.

Note: This article originally appeared at UK in a Changing Europe. It gives the views of the author, not the position of EUROPP – European Politics and Policy or the London School of Economics.

Eva Heidbreder – University of Magdeburg
Eva Heidbreder is Professor of Multilevel Governance in Europe at the Otto von Guericke University of Magdeburg. Her research foci comprise topics such as effective and legitimate governance in the EU, horizontal implementation networks in EU policy-making, civil society involvement – including such concrete research questions as the negotiating process of Brexit.