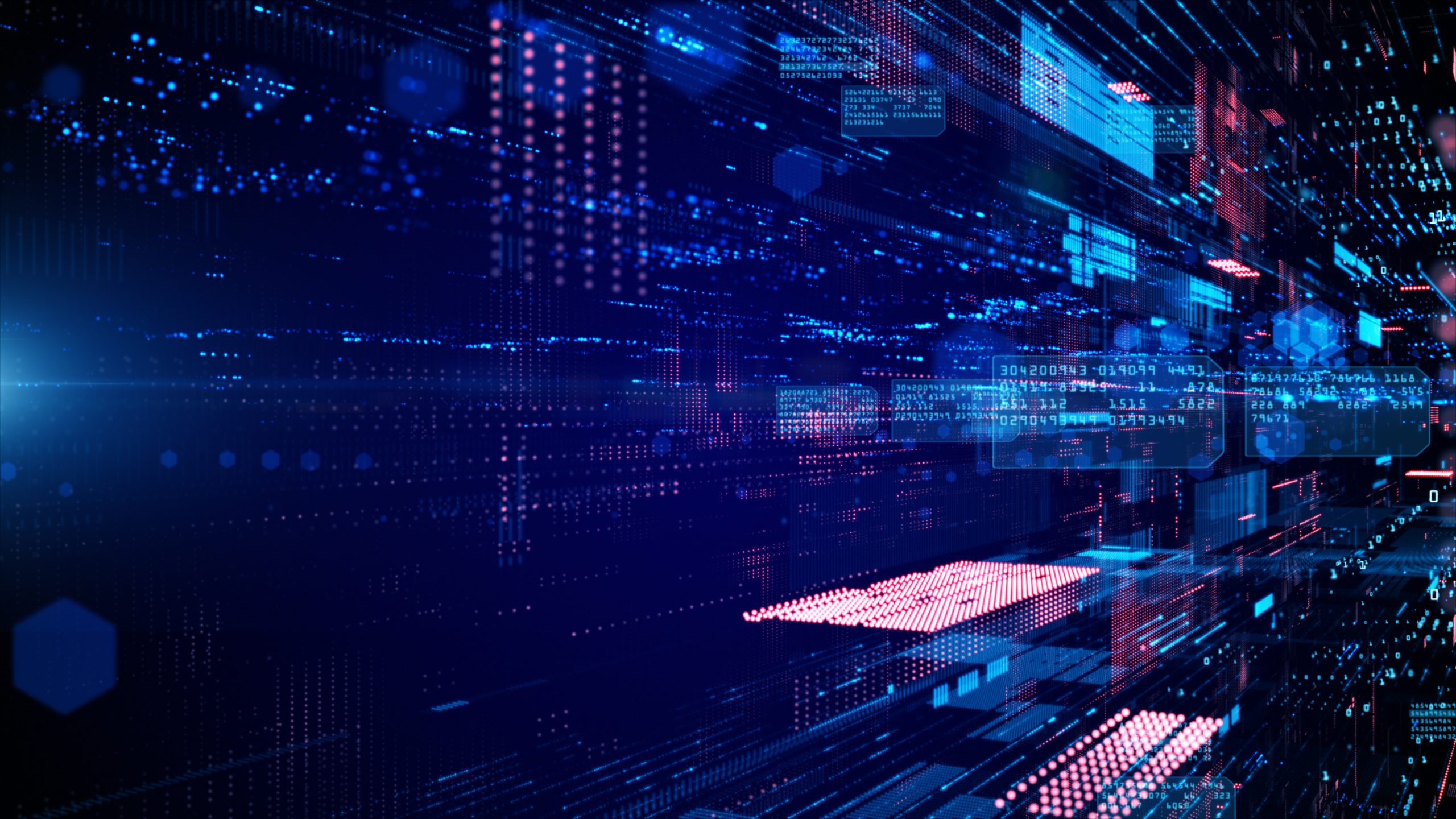 Although Russia bears the brunt of Western high-tech sanctions, the European Union will face challenges in sectors where it relies on Russian and Ukrainian commodities and technologies.

Western high-tech sanctions following Russia’s invasion of Ukraine aim to suppress the production of weapons technology and ensure that Russia is decoupled from the global economy. Russia has been excluded from global high tech value chains, while measures imposed by Russia and firms in NATO-aligned countries have partly decoupled Russia from online services and media. These measures appear to be very effective in denying Russia a future as modern economy.

While the European Union does not import many high-tech goods from Russia, there are areas where Europe is exposed to the fallout of a cut-off of EU-Russia trade, notably in nuclear technologies and raw materials imported from Russia.

The generally one-way technological dependency is rooted in Russia’s lack of competitiveness in most high-tech sectors. Embargos on key goods together with financial sanctions mean that Russia is not only cut off from EU and US supplies, but also faces significant barriers to supplies from other countries. Key industries will soon cease to function in Russia.

But there are commodities used in global high-tech supply chains that are sourced mainly from Ukraine and Russia. Until adequate replacements are found, this will cause disruptions to global high-tech supply chains. EU high-tech industries will be affected both by the costs of building relationships with new suppliers where specialised links existed and by the price effects of Russia’s exclusion from global markets.

A special case is the Russian commercial nuclear technology industry, which until now has been competitive internationally. Some nuclear power stations in Europe are exposed, including existing plants that use Russian technology and planned plants with Russian involvement, as supply of both parts and fuel might be affected.

Unlike Russia, EU imports of high-tech goods are highly diversified with little overall exposure to Russia (see Figure 1). However, Russia is a substantial provider of nuclear material and technology, providing 30% of enriched uranium, nuclear reactors and reactor parts to the EU. This creates dependencies between Russia and the EU in the area of nuclear technology.

Russia is an important exporter of nuclear technology globally. It exported nuclear goods worth approximately $3bn in 2019. 60% of its nuclear material and technology exports consist of enriched uranium and plutonium (also usable as fuel in reactors) to Germany, France, the Netherlands and Sweden (representing aggregate sales of $640 million for those four countries), the US ($580 million) and other non-European countries. Overall, Russia accounts for 33% of world exports of enriched uranium for reactors. The world’s second supplier, the Netherlands, delivered less than half of that.

Russia is a supplier of nuclear reactors, reactor parts and fuel elements for nuclear reactors. In the past decade, the value of exports to EU countries was $8bn (Figure 3). According to World Nuclear Association, many central and eastern European countries are dependent on Russian nuclear technology. The European Energy Security Strategy also highlights a lack of diversification or backup in case of supply shocks. To date, little has been done to diversify the supply source of enriched uranium. Among the existing initiatives is the EU’s Horizon 2020 research and innovation programme, which in 2015 started funding a Euratom research and training programme to find alternative supplies of nuclear fuel for Russian-designed reactors in the EU. Given their specificity and the safety standards involved, switching from Russian sourced nuclear fuel to alternatives will be a significant challenge.

There are 18 Russian nuclear reactors in EU countries: two in Bulgaria, six in the Czech Republic, two in Finland, four in Hungary and four in Slovakia. Two more are under construction in Slovakia, one more is planned in Finland and two planned in Hungary. The planned nuclear power plant in Finland has already been suspended since the invasion and possibly terminated, but Hungary has not abandoned its projects. The Russian Rosatom State Nuclear Energy Corporation is responsible for all international commitments on nuclear energy.

Until now, the EU has not introduced overall sanctions on trade in nuclear technology. A resolution by the European Parliament from 28 February called on “the Member States to stop any collaboration with Russia in the nuclear field, in particular, cooperation with Rosatom and its subsidiaries, including cooperation with Russia in the International Atomic Energy Agency and the termination or removal of operating licences for all Rosatom subsidiaries”.

Russia and Ukraine are suppliers of materials to European high-tech industries, which now face rising prices and challenges in finding alternative sources. An important case is neon gas, used in the deep-ultraviolet photolithography (DUV) manufacturing process for high-end semiconductors: 70% of global neon gas exports come from just three companies in Ukraine. The gas is purified in Ukraine, but it is first extracted as a by-product of the Russian steel manufacturing industry. Global capacity to extract neon gas is scarce elsewhere. It appears that semiconductor manufacturers’ stocks of the gas are sufficient to exclude short-term sourcing issues and that importing neon gas from other sources should be possible in the long term. But the disruption is bound to have strong price impacts, and likely presents new upside risks to an industry that has been strained for the past two years. Following the annexation of Crimea by Russia in 2014, neon gas prices jumped by 600%, which presumably explains why firms that rely on neon gas subsequently increased inventories and aimed for diversification.

Supply of other gases important to high-technology manufacturing, including krypton and xenon, might be at risk. Even if it is possible to diversify manufacturing to mitigate dependence on these inert gases, compensating for the shortfall from Ukraine will be a challenge that will take months if not years to overcome. Last week, two of the three big Ukrainian producers announced that they were ceasing operations because cities where production is based are occupied by Russian forces.

Russia is also an important exporter of other commodities used in high-tech value chains. It accounts for 35% of trade in pig iron, 28% of raw nickel and 25% of raw palladium. It is also a significant source of other metals such as aluminium and titanium in raw and processed forms. The EU has already banned imports of certain iron and steel goods from Russia. In nickel markets, war-related uncertainty has already created conditions for an extreme short squeeze.

The impact of trade disruptions on prices and supply will depend on the degree of trade diversion. While NATO-aligned countries and Russia might stop trading these goods bilaterally, other countries such as China and India might buy Russian commodities at a discount, which would free up capacity from other exporters that would otherwise go to China and India.

Unprecedented sanctions imposed by NATO-aligned countries on Russia have largely decoupled it from global supply chains. While the cost falls mostly on Russia, there are sectors where the EU will face challenges. Russia and Ukraine are major sources for some commodities, which will disrupt high-tech value chains involving these materials.

Russia is a significant provider of raw materials and the main source for a few of them. In markets where Russia is a significant supplier, higher prices and disruption to European industries should be expected, even where Russia doesn’t have a dominant market position. Inputs to supply chains are often produced in cooperation between suppliers and procurers, adapted and customised to the particular use case. The replacement of existing supply relationships will come with adjustment costs. In the medium term, the EU should seek not only to replace imports of Russian commodities, but also to accelerate its efforts to increase supply diversification.