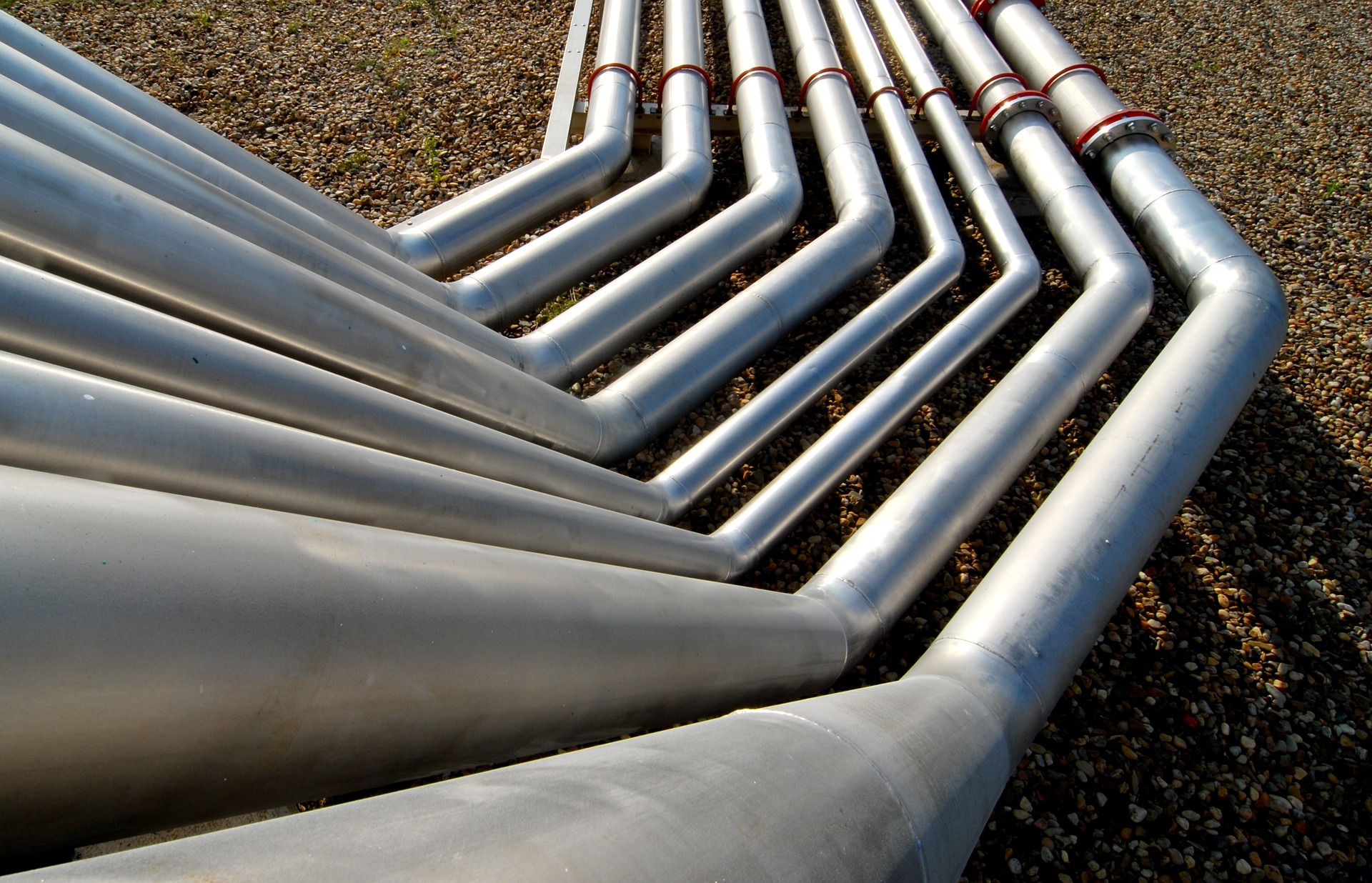 The EU lacks the coordination structure and transparent data necessary to most effectively navigate an embargo on Russian oil.

The European Union is discussing a phased embargo on all imports of Russian crude oil and oil products (hereafter oil). This will affect 30% of EU crude oil imports and 15% of oil product imports, constituting a systemic and asymmetric shock. For the EU as a whole, the situation may be manageable by replacing Russian oil and limiting the short-term shock by reducing demand and using emergency reserves. But on closer inspection, a number of further challenges will need to be addressed to minimise disruption. This can best be achieved by expanding the existing EU oil coordination group.

The oil sector is made up of complex value chains which will require close intra-EU coordination to move away from Russian imports (Figure 1, below), while compensation to EU countries most reliant on Russian oil might be necessary to increase the political acceptability of a ban. The strategic importance of oil infrastructure is illustrated by NATO ownership of a major part of west European oil pipelines, which are rented to private operators. By contrast, oil infrastructure in eastern Europe is largely owned by private or public EU oil companies, with some refineries owned by Russian oil companies (eg Rosneft refineries in Germany and the Lukoil refinery in Bulgaria), showing the fragmentation of the oil sector in countries most vulnerable to a shock in Russian oil supplies.

Globally, the International Energy Agency (IEA), created as the Organisation for Economic Co-operation and Development’s response to the 1973 oil crisis, performs many oil security functions (eg coordinating stockpile releases). The IEA is well known for its emergency provisions, but these remain largely country-specific and are focused on the use of emergency stocks and demand reduction, and do not consider EU-wide logistical questions. Efficient solutions require close coordination between market actors and policymakers across and within European regions. This would allow countries to overcome complex technical, commercial and political issues more easily than purely national approaches. A political push to expand the existing EU oil coordination group should focus on: a) providing more transparent data and b) facilitating coordination across the EU.

A lack of transparent data

The European oil sector is largely unregulated when considering the publication of transparent public data. Operators have detailed (and sometimes even publicly verified) data on the use of oil infrastructure. Private information providers extrapolate often very precise real-time estimates, for example, from satellite images and make them available to paying customers. However, much of the information on flows, stocks and refinery operations is private and not shared cross-border in a structured and timely way, even between public administrations. The private nature of the contracts between the different companies in the oil-sector value chain is often used to justify this.

But for natural gas, pipeline flows and storage data are made publicly available close to real-time. Similar efforts are being made for electricity but not for oil imports, transportation, refining or storage data. There are no transparent and uniform capacity booking rules, data on booked capacities or actual crude oil flows to and/or in the EU is not published in a timely way (customs provide aggregate flow data a few months later) on a single consistent platform.

IEA members are required to hold emergency oil stocks. These requirements are complemented by the EU Oil Stocks Directive 2019/119/EC which de facto aligns EU law, even in EU countries that are not members of the IEA[1], with the IEA system. However, the available data on aggregated volumes of oil stored is published with a two month delay. The structure of oil storage is complex as emergency and commercial stocks are held by both public and industrial bodies (reserve agencies, strategic reserves, private companies with storage facilities/stocks), and there is no regulatory obligation to report on current data. The ability of the EU to smooth over supply disruptions by coordinated drawdowns of these stocks is poorly understood – Germany, for instance, sits on road diesel stocks equivalent to over 15 months of Russian diesel imports (or 5 months of total imports).

Analysis of the vulnerability of EU oil refineries and the oil products market to a sudden disruption in Russian imports is also lacking, unlike in gas markets where ENTSOG report an biannual simulation on disruption to supplies. The ability of EU refiners to take on alternative crude types and adjust refinery output to meet the needs of European customers (eg boost diesel output) is not clear.

There is little coordination among countries and refineries when it comes to national emergency responses applied prior to triggering IEA emergency. A disruption to Russian supplies could be partly mitigated by reducing the output of exposed refineries and boosting output from those better connected to global supply. However, information on the physical and economic ability of redirecting oil products to different markets is lacking. Even detailed maps of the oil pipeline system are hard to come by, unlike for natural gas.

The EU must immediately enact coordinated demand reduction to soften the impact. The alternative is higher prices and forced demand destruction in other (mostly developing) countries whose supplies the EU will pick up. Again, the EU lacks timely data on oil demand by sector which will be useful for evaluating the effectiveness of public policy.

A lack of transparency in Russian imports

Up-to-date information on Russian oil imports is missing. The majority of EU oil imports are by sea, but some Russian supplies come via the Druzhba pipeline. These flows, around 750mb/d (sources suggest 660mb/d in March 2022) or approximately 20% of EU-Russia trade, are not publicly available.

Observing the movement of oil tankers is an imperfect proxy for seaborne crude trade but is complex and lags behind paid platforms. Moreover, in a context of ongoing hostilities, tracking Russian exports by ship will become increasingly challenging as barrels move ‘offline’ with traders deploying tactics such as ship-to-ship transfers, blending Urals crude with alternative types, or storing Russian crude to be sold in the future once tensions subside or details on the true ownership of barrels is lost. Bruegel is working to track these flows as shown in Figure 2 taken from Bruegel’s Russian oil import tracker.

The regional nature of many oil supply security challenges mean that regional subgroups linked to key supply corridors in the EU might be considered. For example, a problem with supplies via Druzhba affects not one but several countries. Refineries situated on the pipeline would be forced to rapidly adjust operations, using stocks of stored oil as well as re-routing future supplies from ports. The German government has held discussions with the Polish government about using the port of Gdansk to feed its Schwedt refinery – these bilateral discussions would benefit at the very least from regional input. Similar discussion should be held about supplying refineries in Hungary and Slovakia via the Adria pipeline, alternative supply routes for Czechia or supplying finished oil products in case refineries in the three countries must be slowed down. This regional nature should be expanded to involve the Energy Community.

The empowered oil coordination group can draw on the experience of the EU gas coordination group and security of gas supply planning. It could also build on initiatives already undertaken to coordinate actions in the oil markets, such as cooperation between the European Commission and the IEA or the activities of the Energy Community coordinating support for Ukraine in the energy sector.

In normal times, the profit-seeking behaviour of competing companies is sufficient for efficient supply-demand-matching in the European oil markets. But oil is of strategic national importance and will always be subservient to politics in times of crisis. Designing an embargo on Russian oil therefore requires public coordination and political commitments for markets to function. This is very apparent in the extraordinary measures required to close fragmented geographic markets and ensure supply to the most vulnerable countries.