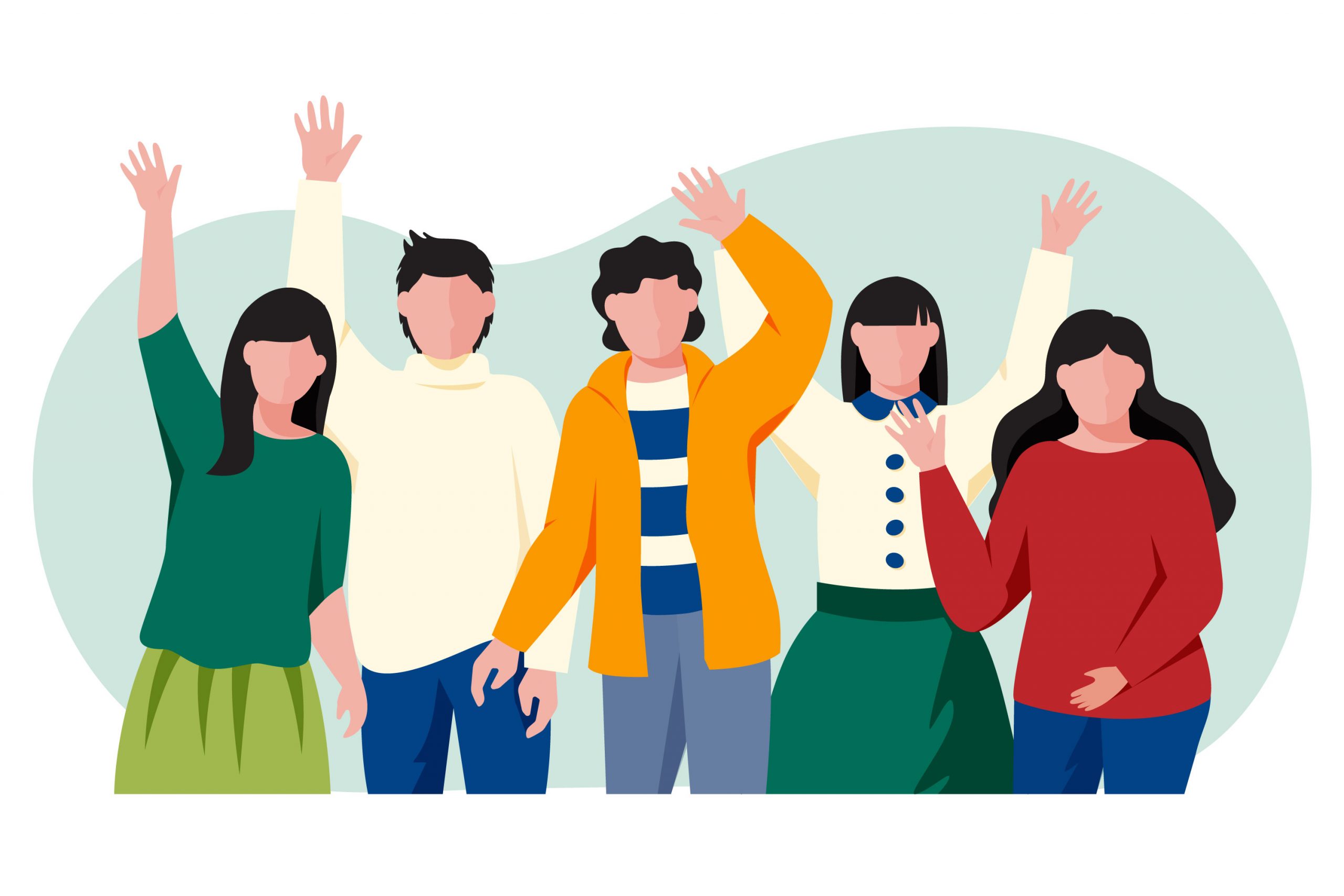 A special ‘Social Summit’ is due to be held in Gothenburg on 17 November, where details of the European Pillar of Social Rights (EPSR) are expected to be announced. Philippe Pochet of the European Trade Union Institute has some advice for the European Union as it mounts one of its periodic attempts to recast its Social Union. He urges the EU to re-balance social and economic concerns by mounting an ambitious social programme.

The ambition and the potential role of the European Pillar of Social Rights in the development of EU social policy can only be assessed by placing it in its historical context. From the outset, the European project has been doubly unbalanced. In the first place, it has been dominated by the logic of economic integration, with the social dimension essentially constituting a by-product of the benefits resulting from this integration.

Secondly, social policy has been limited, due to the unanimity requirement for adopting legislative acts. There are therefore two aspects to the debate on the development of a social Europe: the first concerns the rebalancing of the economic dimension with the social, and the second is the development of an ambitious social programme.

Looking at this issue from a historical perspective, we can see that around every 15 years an ambitious proposal of re-balancing and development gets adopted.

The first attempt was in 1973/74, with the first social programme and the use of Article 235, which allowed for the unanimous extension of competences. There was then a fertile period in 1988/89, with the adoption of the Community Charter of the Fundamental Social Rights of Workers (which did not include the UK), followed by an ambitious action programme.

Then, in the first years of the new millennium, a rethinking of the whole European political system took place, with the adoption of a Charter of Fundamental Rights and the negotiation of a Constitutional Treaty (which ended up being a partial failure). Finally, bringing us up to date, the presentation in 2015/16 of a pillar of rights and principles and a (very) small-scale social programme could represent the fourth attempted relaunch of social Europe.

Social Europe — a work in progress

Each attempt has its particularities and principal actors. The first was made in a context of strong social mobilisation at the beginning of the economic crisis in the 1970s. It was the result of an analysis made both by national governments and the Commission that ignoring the social was no longer possible. Without any amendments made to the treaty, two of the European Union’s flagship policies were developed: gender equality and health and safety. This dynamic lasted six to seven years before petering out in the wake of Margaret Thatcher’s rise to power in the United Kingdom in 1979.

The second attempt followed on from the project of a large internal market and the promises of the President of the Commission, Jacques Delors, to simultaneously develop its social dimension. A non-binding Charter made up of 12 sections was adopted, alongside an action programme of almost 50 measures, including more than 20 of a binding nature. This approach was a defensive one. In the face of liberalisation and deregulation, fast proliferating in every country, alongside the effects of globalisation (due to the increase in exports from Japan and Brazil), it was already considered at that time necessary to guarantee a pillar of rights.

Besides Delors, several governments, such as Belgium, were involved, as well as the European institutions, the European Parliament and the Economic and Social Committee. In this case also the initial push only lasted six to seven years, finally breaking down due to the necessity of respecting the Maastricht criteria for entry into the Economic and Monetary Union and the reforms of the labour market and social protection (which often go together).

The third attempt was more complex and ambitious, but also less successful. The logical consequence of monetary integration and the impossibility (at least historically speaking) of having a currency without a state, was an attempt to redefine the fundamentals of European integration. This happened principally through the acceleration of political integration through the negotiation of a (quasi) Constitution intended to create a shared demos, as well as a Charter of Fundamental Rights expressing common values. Initially it was not very clear what place there was for the social in the Constitution debate, and great effort was required to get it into the EU agenda. This was an easier task when it came to the Charter of Fundamental Rights, but the rights included were already established and so brought little or no innovation or progress.

As is well known, the two projects were contested, with one leading only to a first proclamation in Nice in 2000 and to a second proclamation in Lisbon in 2007, and the other to a long process which culminated in the signing of the Treaty of Lisbon in 2007. It is not very clear who were the key actors involved, as the Member States were divided, along with public opinion.

Nevertheless, it was an opportunity for a radical change in the discourse, from the idea of a legislative action programme to that of convergence via a flexible and non-binding method — the open method of coordination, which took on higher significance with the Lisbon Summit in 2000 (it had already existed since 1998 under the form of the European employment strategy (EES)). This also ran out of steam after six to seven years following the revision of the Lisbon Strategy and the EES in 2004/05, and the 2004 and 2006 enlargements which led to the accession of new Member States that were mostly opposed to developing a European social dimension.

Back to the future

And so, 15 years later and almost 30 years after the Community Charter of the Fundamental Social Rights of Workers, the European Union now says it wants to make a new attempt at re-balancing and developing the social dimension.

This project has been realised in the form of a European social pillar comprising rights and principles distributed between 20 areas that are supposed to guarantee and improve the acquis communautaire. Numbering 15 documents in total, the result is neither very organised nor very clear.

Several proposals (regarding issues like employment contracts, access to social protection, and work-life balance) make up the draft of a work programme. Rather than a structured plan, it represents more of an analysis of the risk of the collapse of the European project without a social dimension, an attempt to save Europe from the ravages of the period of austerity. It is also a project which is no longer being pushed forward by the whole of the Commission, nor by many governments (beyond a symbolic act).

A Social Scoreboard, covering 12 areas, is intended to have an impact on the monetary union and the European Semester. However, the proposed Scoreboard (which is meant to give a more social ‘colouring’ to the EMU and ‘socialise’ the Semester, in the words of Jonathan Zeitlin and Bart VanHercke) is the fifth set of indicators, after those of Europe 2020 (the follow-up to Lisbon) and the Macroeconomic Imbalances Procedure (MIP), as well as the indicators linked to the Employment Committee and those linked to social protection (exclusion, pensions, health), not to speak of those linked to the Sustainable Development Goals (SDGs 2030). In this configuration it is therefore difficult to have a precise idea of the impact of the Social Pillar. However, most in-depth analyses (PES, ETUI, ETUC) show that there is great potential if (powerful) actors seize it.

The possible outcomes also vary greatly according to the economic and structural analysis made. A first possibility is that the relatively improved economic outlook, the troubles that Trump and May are facing with the retreat of the populist waves, and the EU being back in public favour will lead to a return to ‘business as usual’; in other words, the social dimension will fall by the wayside. Alternatively, this confused attempt could lead to several advances on social issues, but still not to a real rebalancing between the social and economic; and in true Sisyphean style it is probable that there will be another attempt made in 15 years’ time.

A third possibility is that the realisation of the risk of a new financial and general crisis, the continuous mistrust of the EU having any real positive effects, persistent unemployment in a number of member states and a worrying international climate will lead to a regrouping of strategic actors. These actors would then succeed in creating a long-term change through a Polanyian approach aimed at rebalancing the social and the economic. While this is not the most probable hypothesis, considering the power balance between the actors involved, it is certainly the most desirable one for achieving any kind of medium to long-term stability.

Time will tell what the real potential of the Social Pillar will be: whether it will produce a damp squib, yet another round of incomplete results, or a first step towards achieving something more long-lasting than, at the very least, the six to seven years of the previous cycles.

Note: A version of this article originally appeared at the LSE’s New European Trade Unions Forum blog. This article gives the views of the author, not the position of EUROPP — European Politics and Policy or the London School of Economics.