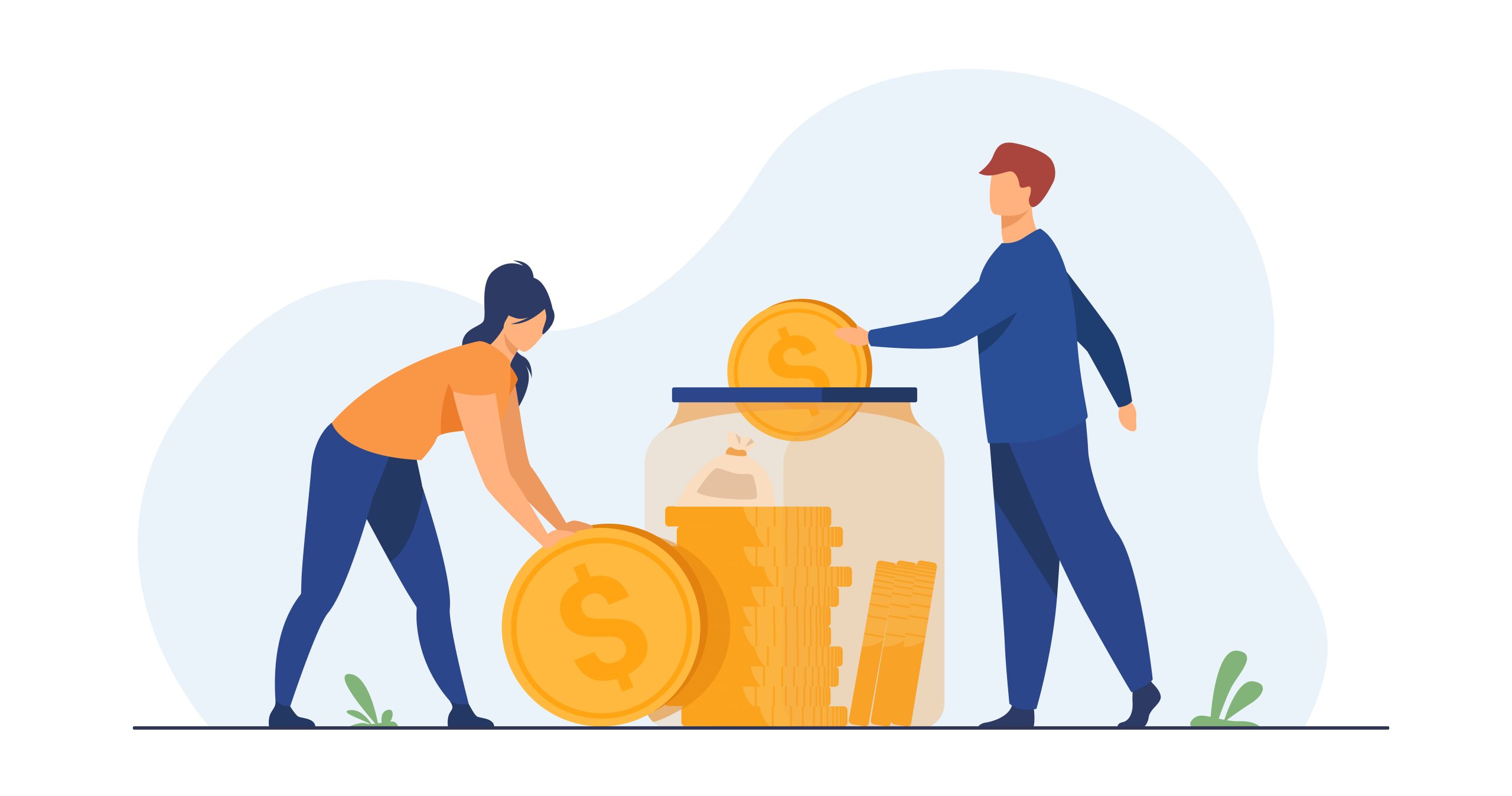 Disappointment at the lack of fresh cash from European Union global connectivity strategy is short-sighted: Europe supports global development more than any other country in the world. Using existing funds more strategically is the right priority for now.

On 1 December 2021, the European Union unveiled the Global Gateway, its plan to support infrastructure development around the world. This would mobilise €300 billion between 2021-2027 for connectivity projects, notably in the digital, climate and energy, transport, health, education and research sectors.

The rationale behind this initiative is clear: the world needs major infrastructure investments. The World Bank estimates that to achieve the goals of climate and environmental protection, universal access to energy, water and sanitation, greater mobility, and improved food security, the world must invest around €1.3 trillion per year in infrastructure.

Alternatives to the Belt and Road Initiative

The European Commission pitched the Global Gateway as “a template for how Europe can build more resilient connections with the world”, but critics quickly attacked the initiative, claiming it represents a repackaging of existing instruments rather than fresh EU cash.

However, this view misses the point. The EU and EU countries are already the world’s leading providers of official development assistance (ODA). In grant equivalent (a methodology in which only the grant elements of loans are reported, instead of their full-face values), Europe disbursed €66.8 billion in 2020, 46% of world’s total (Figure 1). What Europe really needs is not new resources, but to use existing ones more strategically.

To further put things into perspective, between 2014 and 2018 the EU and EU countries provided around €350 billion in ODA grant equivalent, while the Belt and Road Initiative (BRI) – against which the Global Gateway is being compared – provided around €200-€400 billion in loans, according to different estimates of the American Enterprise Institute and UNCTAD. Given that a grant represents a much bigger financial contribution than a loan, Europe’s role as a donor is thus more significant than that of China or any other country.

The problem is that EU action in the field is fragmented into countless initiatives, undertaken at both EU and national levels. As clearly outlined by the High-Level Group of Wise Persons on the European financial architecture for development, this has led to overlaps, gaps, inefficiencies and lack of geopolitical stance.

The EU has recently taken two steps to reduce this fragmentation and increase the coherence of its external action.

The Global Gateway, which will also be delivered via Team Europe initiatives, represents another important step in this process of consolidation of Europe’s development finance, and an important one because of its focus on the strategic issue of infrastructure development and connectivity.

The real question will be how well strategic coordination between EU countries and EU institutions and financial institutions will work. The attempt to improve that coordination is positive, but whether it will succeed remains to be seen.

On the grants-versus-loans discussion, it is also important to flag that the loans provided in the framework of the BRI have often contributed to economic instability in the initiative’s partner countries. There is evidence that BRI lending practices have increased indebtedness to alarming levels in some partner countries. Even before COVID-19, the World Bank estimated that nearly a third of the initiative’s partner nations were at high risk of debt distress. BRI doubtless represents one of several factors behind this debt pressure, but there are clear examples of its megaprojects having significantly worsened the macroeconomic situation of several countries, including Djibouti, Kyrgyzstan, Laos, Maldives, Mongolia, Montenegro, Pakistan and Tajikistan. A working paper analysing the financing of 100 Chinese projects overseas highlighted that “cancellation, acceleration, and stabilization clauses in Chinese contracts potentially allow the lenders to influence debtors’ domestic and foreign policies”.

The Global Gateway in numbers

€300 billion: This is the overall investment that the initiative seeks to mobilise between 2021 and 2027. Lack of fresh EU funds aside, there is scepticism about the ability of EU guarantees to really crowd-in private investment. This represents a classical criticism of EU guarantee schemes, where the leverage effect is generally between 10-15.

In comparison to these crowding-in factors, the expected leverage factor of the Global Gateway is a lot smaller: the EU component is foreseen to mobilise €135 billion of private investment on the basis of €40 billion of EU guarantees (a factor of 3.4) (Box 1). This looks reasonable, as what private investors want before they invest in developing countries is just political risk insurance. After all, the World Bank and other development banks have always made an extensive use of guarantees to mobilise private-sector resources for development projects.

Global Gateway aims to mobilise infrastructure development investments of up to €300 billion in the period 2021-2027. This sum is composed of:

– €135 billion in investment foreseen under the European Fund for Sustainable Development plus (EFSD+), where the EU provides €40 billion in guarantee capacity – of which €26.7 billion via EIB and €13 billion via a EFSD+ new window dedicated to Global Gateway, targeting national financing and development finance institutions.

– €18 billion in grants under other EU external assistance programmes.

Existing programmes such as the Pre-Accession Assistance (IPA) III, Interreg, InvestEU and Horizon Europe will also be used to mobilise resources under Global Gateway.

To add to this financial tool kit, the EU is exploring the option of creating a European Export Credit Facility to complement existing credit arrangements by EU countries and increase its overall firepower in this area.

Source: Bruegel from the European Commission.

In this respect, the Global Gateway, with its focus on limiting risks of debt distress in partner countries, seems to provide a more reliable alternative for global infrastructure development.

First, as already mentioned, the EU funding model is a mix of grants, soft loans and guarantees aimed at crowding-in private sector investments, while the BRI exclusively focuses on loans.

Second, the EU requires partner countries to adhere to the rule of law, upholding high standards of human, social and workers’ rights, as well as a respect for international norms and standards of intellectual property. This contrasts with China’s lending practices, where contracts often include stabilisation clauses challenging human rights and sustainable development policies. Lending contracts of both the China Development Bank and the China Eximbank include stabilisation clauses that “create carve-outs within the rule of law, limit the borrower’s self-governance, and potentially block state-of-the-art environmental, public health, labor, and other potentially vital and popular regulations”. This might also help explain why the BRI is perceived negatively in certain countries.

Beyond money: focusing on expertise and technical support

It is also important to underline that the Global Gateway has a strong focus on expertise, alongside financial assistance. This is important, because creating an enabling environment to attract investment in partner countries with support for reform of regulatory frameworks, or technical support for the development of infrastructure projects, is important to ensure the scale and long-term durability of development actions, beyond individual infrastructure projects.

It can help meet the EU’s international pledges, such as on climate finance, by supporting partner countries in the implementation of their sustainable development agendas. It can enable EU industry to enter new growing markets, a win for EU industrial policy. On top of this, it can help economic development in the EU’s partner countries, providing an invaluable foreign policy dividend for the EU.

In geopolitical terms, the Global Gateway can help the EU better position itself in the global infrastructure and connectivity race. Rule-based cooperation focused on a clear set of priorities represents an attractive alternative to the BRI in several partner countries, starting in Africa. By scaling up cooperation on economic and social infrastructure projects, the EU thus has an opportunity to promote its values and vision of sustainability in a way that is tangible and long-lasting. The main challenge will be to align all European players to cooperate and share these strategic goals.