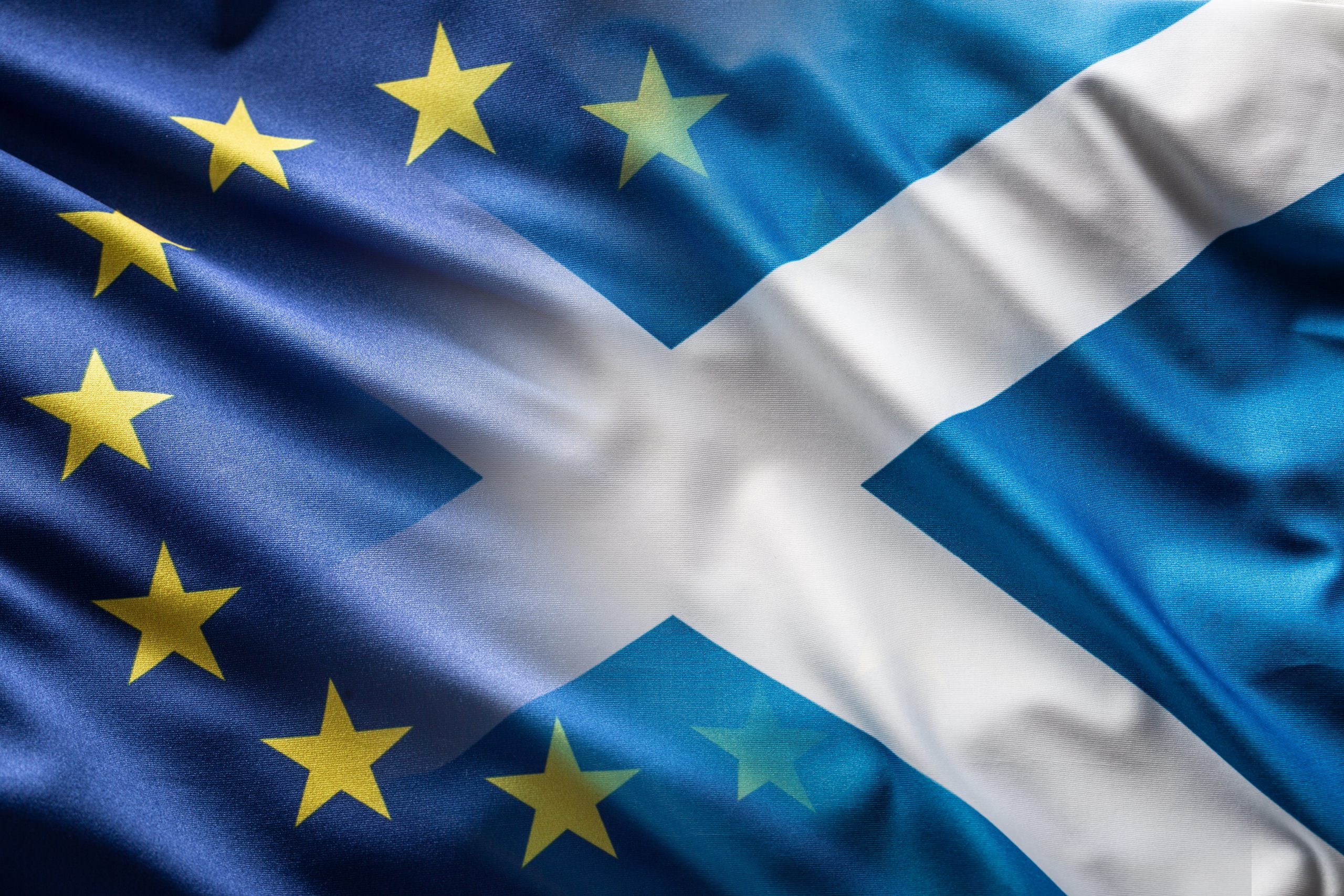 Scotland’s first minister, Nicola Sturgeon, has announced plans to hold a second referendum on Scottish independence in October 2023. Anthony Salamone writes that with the UK government opposed to holding a new vote, the plan represents a major gamble for Sturgeon and the SNP.

Last November, Nicola Sturgeon – leader of the Scottish National Party (SNP) and first minister of Scotland – declared in a speech to her party’s conference that, in the year ahead, she would “initiate the process necessary to enable a referendum [on Scottish independence] before the end of 2023.” At the time, the details of that process were a mystery. The uncertainty is now over. In June, Sturgeon presented to the Scottish Parliament her long-awaited plans for holding a new Scottish independence referendum. The strategy which she outlined has five main elements.

Elements of the referendum strategy

Several weeks before the parliamentary statement, the Scottish government launched its campaign to increase public support for independence. The campaign is based on a series of papers, called Building a New Scotland, which is supposed to form the government’s revised case for independence. Two papers have been published to date; the rest are expected in the months ahead. A collection of papers is a departure from the approach used for the 2014 independence referendum, when the government produced one large 650-page white paper, Scotland’s Future.

On the day that the bill was published, Nicola Sturgeon also wrote to Boris Johnson, the outgoing UK prime minister. In her letter, Sturgeon reiterates some of the points of disagreement between the Scottish and UK governments over holding an independence referendum – the former wants a referendum and the latter does not. The letter mentions a willingness to negotiate a referendum agreement, but mainly does so as a formality in passing. In reality, the referendum dispute between the two governments has persisted largely unchanged since 2017. The day before he announced his resignation, Johnson replied, reiterating his opposition to a new vote.

Because of that disagreement, the Scottish and UK governments are not currently cooperating on the referendum issue. In particular, the UK government has not put forward a so-called Section 30 order, a statutory instrument which was used to provide the UK state’s endorsement of the 2014 referendum. Since that endorsement does not exist now, it is unclear whether the Scottish Parliament has the competence to pass the Scottish referendum bill without it.

Accordingly, Nicola Sturgeon asked Dorothy Bain, the lord advocate (the Scottish government’s chief legal adviser), to refer the bill to the UK Supreme Court to clarify the competence question. Bain made that reference when the bill was published. The case is currently in progress – the Supreme Court will consider whether it should answer the question and what its answer would be. It had been widely expected that, if the Scottish Parliament passed the referendum bill, the UK government or a private party would have challenged it in court. Instead, Sturgeon has sought to pre-empt that challenge by asking for the reference herself and seeking a ruling before the bill is passed.

In addition to the proposed referendum in October 2023, Sturgeon announced a contingency plan. This plan would apply if the Scottish government were unable to hold a “lawful” referendum – because the Supreme Court ruled that the Scottish Parliament did not have the competence to pass a referendum bill without the UK government’s approval and it refused to provide such approval.

Instead of a referendum, the SNP would treat the next UK general election as a “de facto referendum” on independence. If the party won a majority of Scottish seats or a majority of the votes cast in Scotland (the exact standard to be applied is unclear), the Scottish government would seek to begin negotiations with the UK government to make Scotland an independent state. This proposal is unorthodox and a departure from the SNP leadership’s traditional approach.

Response to the referendum dilemma

After years of continued stalemate and relative inaction, Nicola Sturgeon’s strategy is boldly majoritarian. Notably, it prioritises satisfying existing independence supporters. The strategy meets the most frequent demands made by the independence movement over recent years, including setting a referendum date and adopting a contingency plan (called “Plan B”). The premise of treating a UK general election as an independence plebiscite used to be a fringe concept widely dismissed by the SNP leadership. It is now Scottish government policy.

Moreover, the strategy discards the idea of building cross-party support in Scotland for an independence referendum. Today, only pro-independence parties support a referendum. By contrast, all major Scottish political parties backed the 2014 referendum, regardless of their views on independence. The SNP apparently considers a simple majority of the Scottish Parliament to be desirable enough, and the strategy includes nothing to encourage negotiation or compromise with pro-UK political parties in Scotland. Nevertheless, cross-party support would be in keeping with precedent, give a referendum greater credibility and promote wider acceptance of its result.

On the court case, the strategy seeks to frame the debate on the legal competence of the referendum bill to the Scottish government’s advantage. Its argument is that the Scottish Parliament can legislate for a referendum because the vote would be consultative — that is to say, it would not make anything happen legally on its own.

The actual issue, however, is whether Scottish institutions can hold a unilateral referendum without the approval of the UK government. In the months ahead, the Supreme Court may provide legal clarity on the latter point. In a sense, the Scottish government has already prejudged the case. In her parliamentary speech, Sturgeon said that, if the government lost the case, it would be “the fault of Westminster legislation” – implying that only one right and acceptable answer exists (to permit the bill and a referendum).

Outlook for an independence referendum

In contending with the independence issue, the SNP leadership is governed by two competing motives. On one hand, the SNP’s mission as a political party is to deliver Scottish independence. The government believes that it has a strong electoral mandate for a referendum, and the independence movement has grown increasingly impatient at the apparent lack of progress on the matter. On the other hand, the leadership places a very high premium on respectability. The imperative to be seen to be acting properly (and progressively) is a core motivation, and the government remains committed to holding a “legal” referendum, despite the years of impasse.

The Scottish government’s referendum strategy addresses both motives, but arguably favours the former. The bet is that its five elements – the referendum bill, independence campaign, non-negotiation with the UK government, Supreme Court reference and de facto referendum – will ultimately result in a genuine path to independence for Scotland. However, the challenges are considerable.

The Scottish government’s campaign might not increase support for independence, which is fairly evenly split. The UK government could remain committed in its opposition to a referendum. The Supreme Court could rule that the Scottish Parliament does not have the competence to pass the referendum bill, or it could decide not to rule on the matter. The plan for a de facto referendum could be rejected by other Scottish political parties and the UK government.

At this point, it remains unclear whether or when a bona fide Scottish independence referendum will take place. After years of stalemate on the issue, we could now witness months of rancour. With the publication of further white papers, we may also finally see how the Scottish government proposes to address the post-Brexit challenges of independence, on which it has provided little detail to date.

In any event, the most overlooked reality of this entire debate is that the referendum dispute is a political problem and it would require a political solution. Whatever the outcome of the court case, Scotland would still need the UK state to agree to negotiate independence and to recognise it as a state (both of which are the UK government’s choice). A viable route to Scottish independence would always require substantial political cooperation between the Scottish and UK governments. At its core, Sturgeon’s referendum strategy seeks to create an independence pathway without that cooperation. In that regard, the strategy is a roll of the dice.