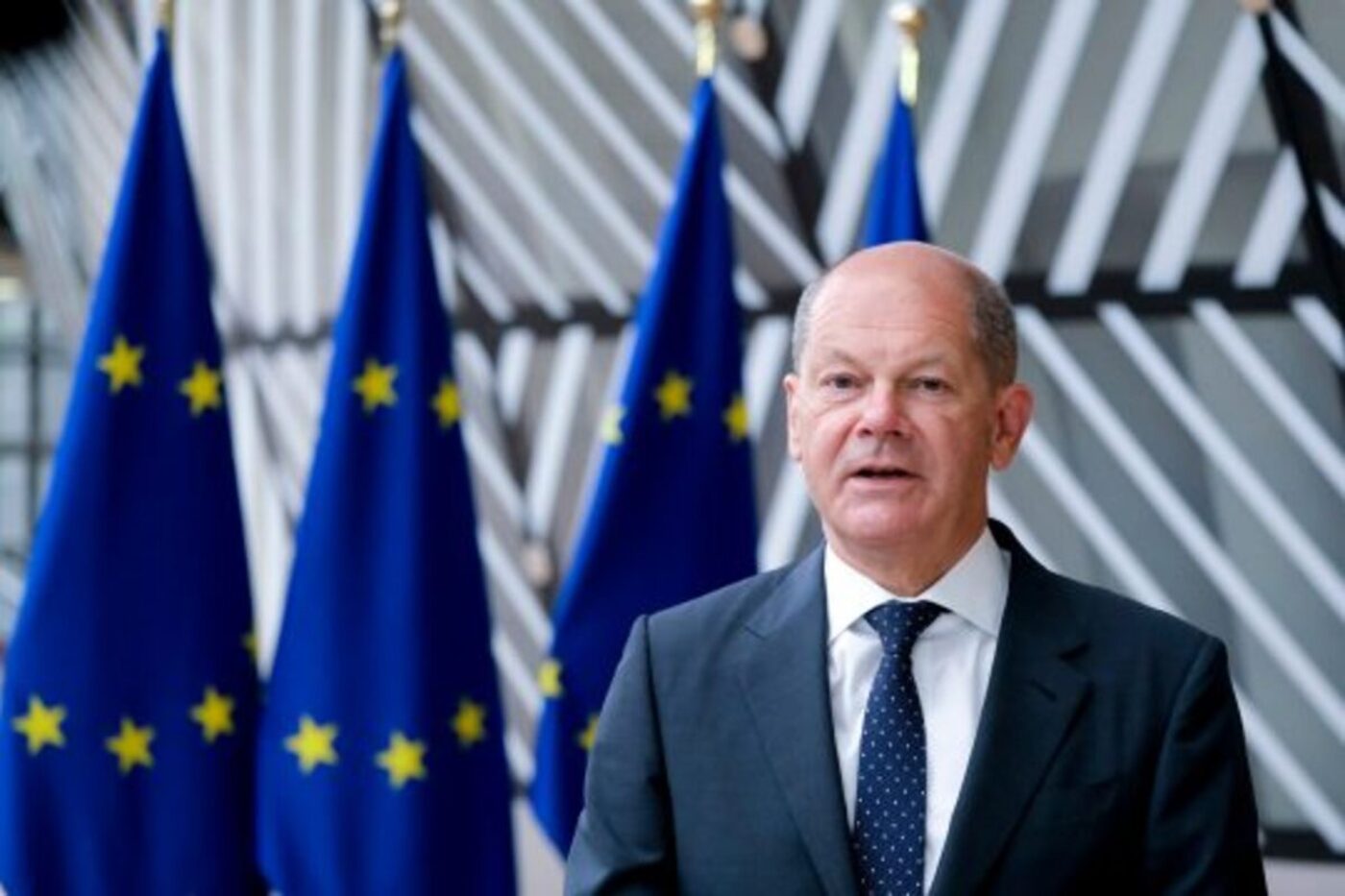 Elections were held in the German states of Schleswig-Holstein and North Rhine-Westphalia in May. Marco Bitschnau reflects on the results, which were particularly disappointing for the country’s social democrats.

One of the many things that make German politics interesting is that there is almost always a state election around the corner. Given the country’s federal structure, they are usually of greater importance than similar contests in other EU member states, although the first of this year’s four elections – the SPD’s victory in the state of Saarland – received rather limited coverage due to the state’s small size and population.

The two state elections held last month in Schleswig-Holstein (8 May) and North Rhine-Westphalia (15 May) were of an entirely different calibre, however. Both of these states are major Flächenstaaten that exercise considerable influence over federal politics and may even tip the scales of power in the upper-house Bundesrat.

Schleswig-Holstein is Germany’s northernmost state, culturally influenced by neighbouring Denmark (the Danish-speaking minority even has its own party, which is exempt from the five-percent threshold) and economically reliant on commerce and tourism. A rural and protestant state without notable industrial traditions, it has been contested between the CDU and SPD since the post-war years, carrying a reputation for experimental political constellations. Vice-chancellor Robert Habeck, for instance, served two ministerial terms here in the first ever state-level coalition between the CDU, Greens, and FDP (known as a ‘Jamaica’ coalition).

By contrast, North Rhine-Westphalia, with its old social democratic strongholds in the Ruhr area, traditionally conservative districts in the Northwestern Münsterland, and affluent liberal cities like Düsseldorf and Cologne, is often considered a microcosm of Germany as a whole. Being the most populous state makes it a particularly valuable electoral prize, even more so since a government position in the state can turn even relatively obscure functionaries into serious contenders for higher office. When Armin Laschet threw his hat into the ring to become CDU leader last year, his main advantage was the clout he enjoyed as the state’s minister-president; and when the party moved on after his defeat, he was ultimately replaced by another North Rhine-Westphalian: Hochsauerlandkreis-based Friedrich Merz.

Both states have been governed by CDU-led coalitions since 2017: the Jamaica coalition in Schleswig-Holstein, and a ‘black-yellow’ coalition between the CDU and FDP in North Rhine-Westphalia. This naturally put the SPD in a favourable position ahead of this year’s elections. Only a couple of months ago, the party’s new co-leader, Lars Klingbeil, proclaimed his vision of a social democratic decade; defeating two CDU minister-presidents, he may have thought, would lend credibility to this project while also solidifying Olaf Scholz’s position in Berlin. Indeed, the early-year poll results gave reason for cautious optimism: decent numbers in Schleswig-Holstein and a consistent centre-left lead in North Rhine-Westphalia put even the more pessimistically inclined at relative ease.

Yet, by April, this initial euphoria had cooled down significantly, with new polls showing the CDU again in the ascendancy. Soon after came the shock. First, the SPD’s Thomas Losse-Müller suffered a historic landslide defeat against the CDU’s popular incumbent Daniel Günther in Schleswig-Holstein. Then, a week later, Laschet’s youthful successor Hendrik Wüst repeated Günther’s trick, not winning as overwhelmingly but still comfortably beating his SPD challenger Thomas Kutschaty by a nine-point margin.

Among the other parties, the Greens greatly improved, the FDP lost almost half of its voters, the AfD failed to cross the threshold in Schleswig-Holstein (its first miss in any state election since 2013) and ended just barely above it in North Rhine-Westphalia, and Die Linke continued on its path to irrelevance in western Germany with abysmal results in both contests.

What can we learn from all of this? There are a few considerations that suggest themselves. First, the political centre is again growing in strength. The CDU’s 43.3% in Schleswig-Holstein is something not seen there since 1983 – when Germany still had a three-and-a-half-party system – and its 35.7% in North-Rhine Westphalia also makes for the best state-wide result in almost two decades. Few would have expected such a fast recovery after the disappointing federal election performance last September. On the other hand, the SPD may have suffered two bitter defeats but most of its losses were offset by gains for the Greens (who must be considered an essential part of the centre by now). In sum, around 85% voted for one of the four traditional mainstream parties (CDU, SPD, Greens, FDP) in both states; a difference of almost 10 percentage points compared to the 2021 federal election (76.1%).

Second, although the Greens have continued their winning streak, reaped the most visible benefits (both future coalitions are expected to be Black-Green), and consolidated their position as the third force in German politics, their strategic perspective remains quite idiosyncratic. The party has failed to unite the centre-left behind it but still dominates much of the political agenda; it has not reached the level of the two big Volksparteien but is still much stronger than all other parties; and while its ministers have gained respect for their pragmatic approach, they are still regularly challenged by ecological hardliners and activists. Too big to be a small player, (still) too small to be a big player: it will be interesting to see how this predicament may affect the party’s identity and future prospects.

Third, the impressive results of the centre came, evidently, at the expense of the more radical forces, be they left-wing or right-wing. Yet the substantial losses of the AfD and Die Linke are not only a continuation of prior trends (the AfD has now lost seats in nine state elections in a row) but also a sign of growing scepticism towards heterodox foreign policy approaches in the face of Russia’s aggression against Ukraine. Granted, neither state has ever been particularly favourable terrain for anti-establishment thought, but the distinctively pro-Russian tendencies within both parties may at least have contributed to their disastrous results this time. While the AfD has long harboured sympathies for Putin, Die Linke’s star MP Sahra Wagenknecht (a former proponent of a European security union with Russia) repeatedly called for dialogue with the aggressor in recent weeks.

More difficult to assess is the impact of these elections on federal politics. Of course, two victories out of two may be interpreted as an encouraging sign for Friedrich Merz, yet his feelings about Daniel Günther’s triumph in Schleswig-Holstein are likely to be a little more complicated. First, because Günther, a Merkel loyalist and committed moderate, has vigorously attacked Merz in the past; and second, because a popular minister-president with a proven electoral track record may pose a serious threat to his own ambitions. Merz has done a lot of things right since being elected party leader but victories that are not perceived as his victories (and perhaps even as the opposite) may possibly prove pyrrhic in the long-run – at least if he intends to run for the chancellorship in 2025.

On the other side, Olaf Scholz cannot be happy with the situation either. Schleswig-Holstein might have been a longshot but there were big expectations regarding Kutschaty’s chances in what is still considered the heartland of German social democracy. That he ultimately lost by such a big margin should come as a warning sign for the SPD, which has clearly failed to maintain any of the momentum it had accrued over the last months. It is not completely unlikely that what had been so emphatically pronounced as a social democratic decade may turn out to be little more than a social democratic half-year in the end.

To complicate things even further for Scholz, the FDP’s massive losses jeopardise the inner cohesion of his federal ‘traffic-light’ coalition. If the liberals continue to suffer such defeats, there will be rising pressure on their leader Christian Lindner to reposition his party, increase the pressure on the SPD and the Greens, and – as a last resort – consider leaving the coalition. The tragic political fate of his predecessor, Guido Westerwelle, already hangs over his head like a veritable sword of Damocles, and one can expect Lindner to seek to avoid this outcome at any cost. Needless to say that this only underscores the inherent fragility of the Scholzian coalition, which, in Lindner’s own words, has always been based on a shared sense of responsibility rather than ideological proximity.

With the elections in Schleswig-Holstein and North Rhine-Westphalia now behind us, the next state heading to the polls will be the SPD-dominated state of Lower Saxony in early October. This will give some much needed time to reflect, respond, reorganise, reorient, and, in the case of the CDU and the Greens, also rejoice.