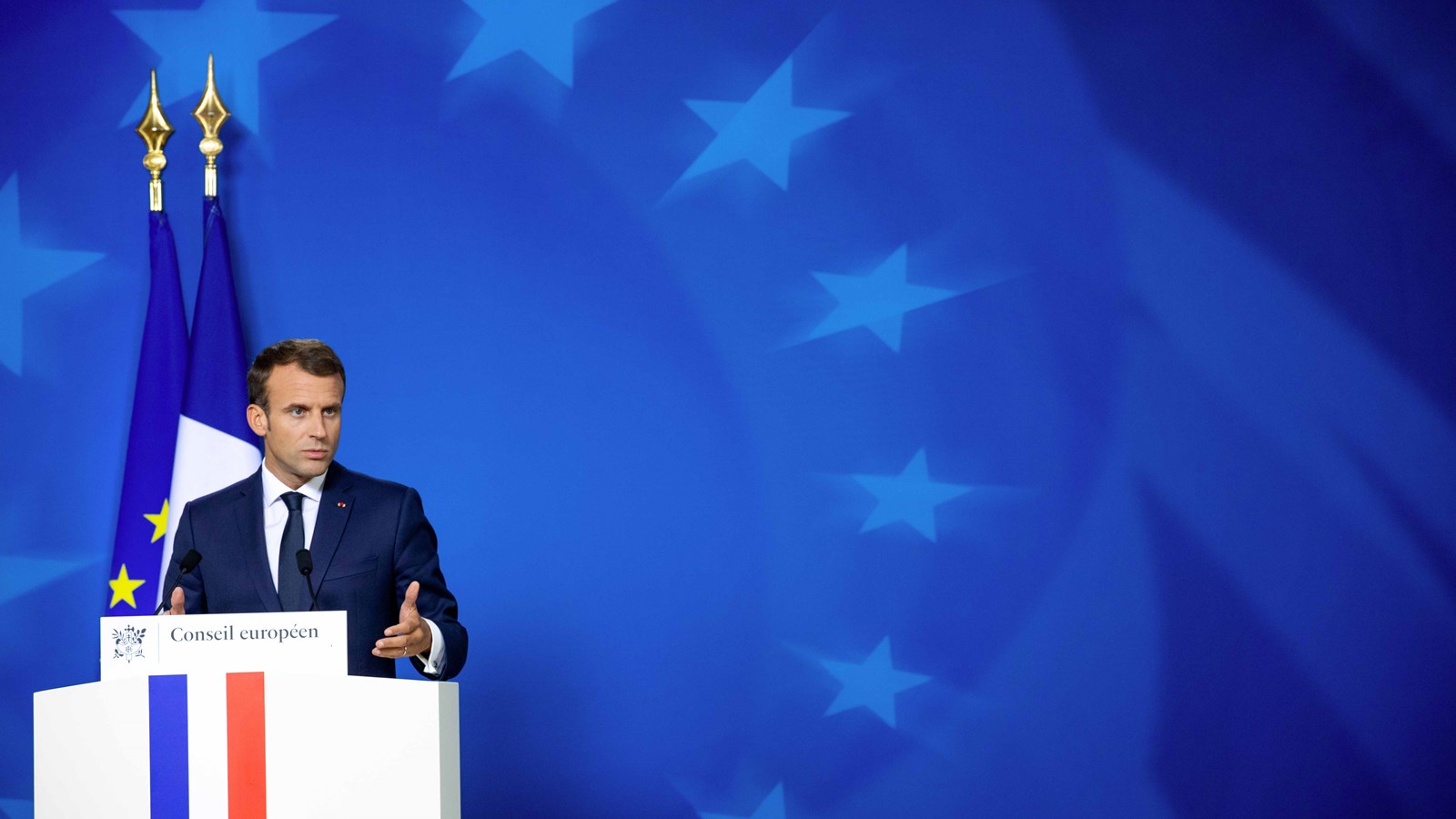 French President Emmanuel Macron is widely expected to progress to the second round of voting in the French presidential election in April. However, the race to challenge Macron in the runoff remains wide open. Françoise Boucek assesses the prospects for each of the main contenders.

Less than three months before the French presidential election, most polls predict that President Emmanuel Macron will win, even though his popularity is slipping a bit. The real excitement is over who will come second to compete against Macron in the runoff. That’s most likely to be someone from the right since the fragmented left is incapable of rallying behind a single candidate.

The race between three contenders on the right and far-right looks like a close-run thing. According to the latest polls, Valérie Pécresse of the centre-right Les Républicains (LR) and Marine Le Pen, leader of Rassemblement National (RN), are both predicted to win 15.5 per cent of the vote in the first round. Close behind at 13% is new disruptor Eric Zemmour, leader of a nationalist movement (Reconquête!).

Valérie Pécresse defected from Les Républicains (LR) in 2019 in protest at the party’s right-wing turn under Laurent Wauquiez but is now back as the Republicans’ presidential candidate following a closed primary last December. She did well in debates against her competitors including Brexit negotiator Michel Barnier and beat first-round winner Eric Ciotti with 61 per cent of the vote in the primary runoff against 39 per cent for the MP from Alpes-Maritimes.

Pécresse is an experienced politician, a protégée of former President Jacques Chirac and minister for higher education and budget under Nicolas Sarkozy. Since 2015, she has been President of the Île-de-France Region which includes Paris. Like Macron, she is an established member of the ‘political elite’ – an énarque (graduate of Ecole Nationale d’Administration), pro-European, upper-middle class (born in chic Neuilly-sur-Seine, west of Paris) and a target of the gilets jaunes (yellow vests) protests in 2019.

So, Pécresse faces a tricky task. She must pull moderate voters away from Macron while garnering traditional conservative and working-class voters tempted by Le Pen or Zemmour. To hold the Republicans’ traditional base of business and employers, Pécresse has described herself as “two-thirds Merkel, one-third Thatcher” and has focused on issues of national security, reducing the size of the state, shrinking the national debt and toughening immigration laws.

To draw centrists from Macron, Pécresse now must better define her image, soften her policy stance, and broaden her appeal to the lower middle class. However, to beat Le Pen in any runoff, she needs the support of employees and blue-collar workers who abandoned the Republicans for Le Pen years ago.

That’s why Pécresse started talking about purchasing power, inheritance rights, family allowances, the rights of handicapped children and rural communities. But under pressure from business and employers, she is reconsidering her ambitious promise of 10% wage increases for 12 million low-income earners. Her challenge then is to spin out a compelling narrative beyond her slogan of “authority, freedom, dignity.”

A few months ago, polls predicted a re-run of 2017 between Macron and Le Pen. Now, Zemmour has popped up to make life interesting by challenging Le Pen on her own ideological territory.

Running for president for the third time, Le Pen was soundly defeated in 2017 by Macron, who swept to power with two-thirds of the vote thanks to Socialist and centre right voters. The latter had little choice after the campaign of François Fillon (LR) was derailed by an embezzlement scandal and ‘fake jobs’ for his Welsh wife, for which he received a five-year prison sentence (with three years suspended).

Le Pen has been busy for the last ten years rebranding the Front National party she inherited from her father Jean-Marie in 2011. This ‘de-demonisation’ has changed public perceptions of Le Pen. According to a recent survey, only 40% see her as the representative of a ‘nationalist and xenophobic extreme right’ compared to 64% for Zemmour. While their voters are concerned about the same issues, they are sociologically different.

But voting for Le Pen still represents a protest vote. RN policies are still anti-immigration (with a promise of an immigration referendum if she gets elected); anti-Muslim (not against Islam as a religion but ‘Islamism as an ideology’); anti-Europe (but without ‘Frexit’ and keeping the euro) and pro-national sovereignty (taking back control as with Brexit); anti-big state (opposed to the ‘vaccine passport’); and anti-globalisation (notably opposing job losses in the former industrial north, a stronghold of RN support).

Le Pen’s big problem is that 34% of people don’t see the RN as a government-in-waiting. Big promises like cutting the retirement age back to 60 are not costed and there are desertions in Le Pen’s ranks – two prominent supporters including her party’s head of delegation in the European Parliament have joined Zemmour’s campaign and her niece, Marion Maréchal, is tempted to do the same.

Zemmour is the son of Jewish Algerian immigrants and a former columnist for the conservative newspaper Le Figaro. He’s written several books about the decline of French identity, notably The French Suicide (2014) and La France n’a pas dit son dernier mot (France has not said its last word), the launch-pad for his presidential campaign.

His anti-immigrant, anti-Muslim and racist comments have landed him in court more than once, most recently just last month. This firebrand subscribes to the ‘Great Replacement’ conspiracy theory: the replacement of white, Christian populations in Europe with Muslim migration from Africa. To preserve French culture and identity, he would eliminate immigration entirely. If he became President, illegal immigrants would be pushed back and stronger constraints imposed on asylum seekers and foreigners wishing to join families in France.

Some of his campaign tactics have also been questioned by people whose video material he has used without permission. Despite the large crowds attending his meetings, he is perceived as a danger to democracy by 62% of respondents to the Kantar survey. Crucially, Zemmour may not even qualify for the election. He will struggle to get the 500 parrainages (sponsorships) of elected officials whose names will be published bi-weekly by the Constitutional Council from 4 February to 4 March.

A fragmented and divided left

Meanwhile, the French left is in complete disarray. It has never been so fragmented or scored so poorly at this stage of the campaign. Polls suggest no candidate will qualify for the runoff. The only significant contender is Jean-Luc Mélenchon, leader of La France Insoumise, a radical left party. He may get 10% of the vote, half of what he got in 2017.

Eight presidential candidates spanning the extreme, radical, and moderate wings have declared, excluding three green party candidates. Yannick Jadot who won the primary for Europe Ecologie-Les Verts (EELV) is, at this stage, the only green candidate with any hope of getting his campaign expenses reimbursed by taxpayers, assuming he gets the required 5% of first-round votes, an unlikely prospect for Socialist candidate Anne Hidalgo, Mayor of Paris, with her meagre 3% of voting intentions.

A ‘popular primary’, inspired by the American ‘Green New Deal’ movement, to select a single candidate representing the left, has proven chaotic and counter-productive. Three of the candidates (Mélenchon, Hidalgo and Jadot) evaluated on 27-30 January by 392,738 signed-up citizens, had refused to take part and to recognise the poll’s legitimacy. The winner, former justice minister Christiane Taubira, announced her participation only two weeks earlier and without a programme, leaving the left just as disunited as before this ballot.