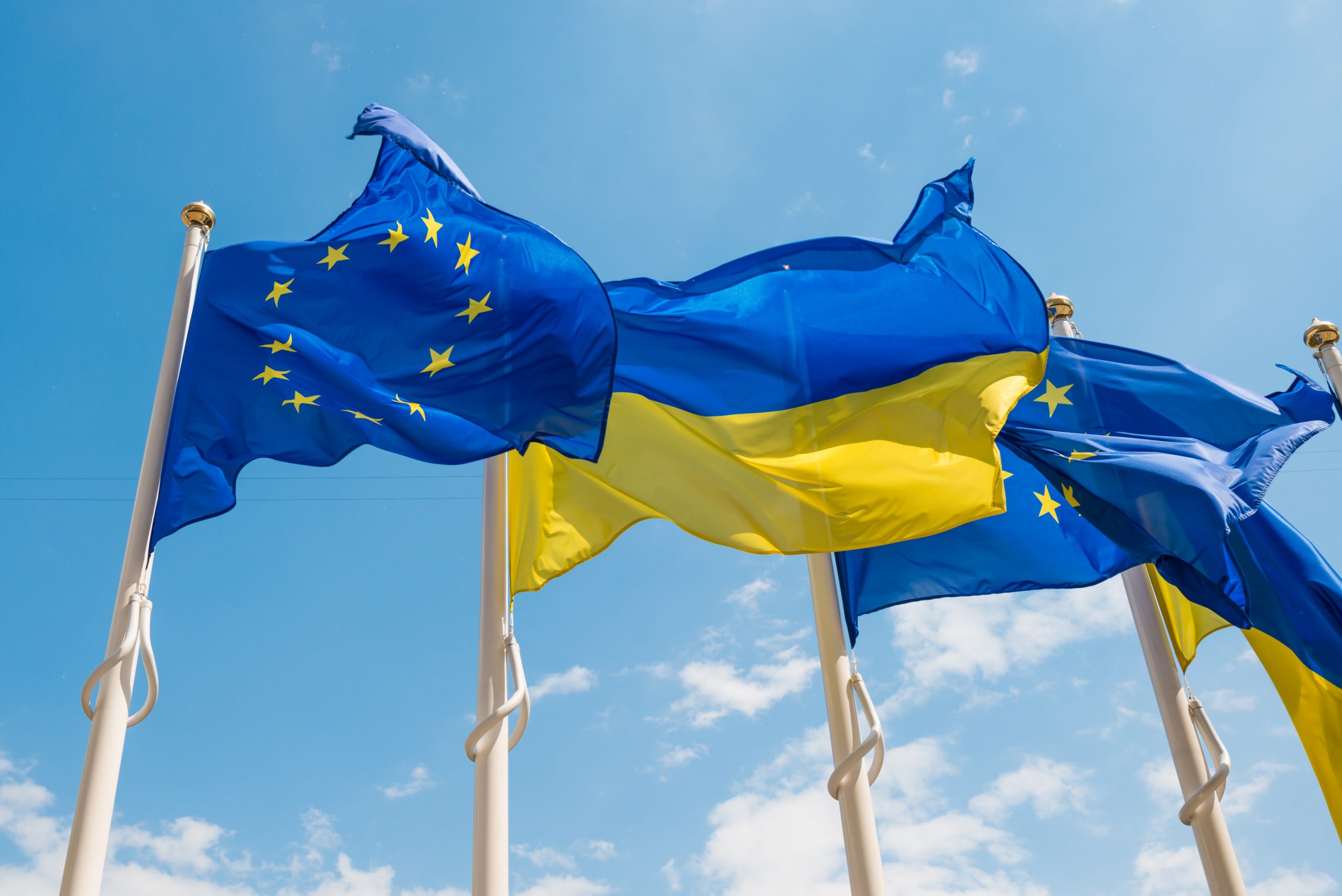 On 23 June, Ukraine and Moldova were granted EU candidate status at a meeting of the European Council. Marie-Eve Bélanger argues that while the prospects of Ukraine joining the EU in the near future remain slim, the decision to award candidate status was far from just a symbolic move.

Many observers have called the decision to award Ukraine EU candidate status symbolic, and only significant insofar as it reiterates the EU’s support for Ukraine. Others have noted that beyond this symbolic value, the move will have no immediate consequencesfor the country.

There was indeed symbolism in the decision at the European Council on 23 June, but this is only part of the story. The notion that candidate status has purely symbolic value may be prompted in part by the tone of European statements about enlargement, and in part by the unusual speed of the initial application process. Yet the reality is there are great financial, strategic, and logistical effects for a neighbouring country to be recognised as a candidate state.

On the rhetorical side, the EU has increasingly developed an identity and value-based discourse around enlargement, presenting it as an achievement of European ideals, and a reunion of European peoples. Recent communications by EU officials about Ukraine’s bid for membership have been heavy in symbolic language, emphasising that Ukrainians belong to the European family, that they stand for European values, and that they remind us of the importance of the EU as a peace project.

The President of the European Commission, Ursula von der Leyen, for instance, has stated that “Ukrainians are ready to die for the European perspective” and “we want them to live with us the European dream”. These are strong and impactful words of support for Ukraine, but they don’t commit the EU to enlargement, which is the definition of a symbolic gesture.

On top of this, and thriving on the European identity and values discourses, Ukraine’s application process has been expedited in a little over three months, with seemingly little oversight. This is extremely fast and bold compared to the process other current candidate states went through. For Balkan countries, it took anywhere from about two years (Serbia, North Macedonia and Montenegro) up to five years (Albania) and multiple rounds of new questions to obtain the Commission’s recommendation for candidate status.

This long lack of commitment has been explained by a merit-based rationale: that these countries were simply not ready to start negotiating with the EU. The great acceleration of the initial application process by Ukraine makes the recommendation look symbolic in comparison, given Ukraine, clearly, is no more advanced in terms of internal reforms and convergence with EU standards than it was six months ago, when no talks about accession were on the table.

But as European identity and values are at stake, the EU has doubled down on its pledge to protect its own ideals by making Ukraine part of this fight, knowing very well that the speed at which the recommendation for candidacy has been granted does not equate with an acceleration in the actual accession process. Again, these are reflective of pure intentions without any actual commitment to granting full membership for Ukraine.

However, without lessening the fundamental importance of symbolic statements in diplomacy, it would be a mistake to limit the scope of this announcement to the merely symbolic. Now that Ukraine has been granted candidate status, a lot will actually change for the country in terms of financial and institutional assistance.

First, Ukraine will be guaranteed an important increase in yearly fund transfers from the EU. Since September 2017, Ukraine’s Association Agreement has been the basis of the country’s bilateral relations with the EU. This provides both financial and institutional assistance towards modernisation and reform of the legal and regulatory structure of Ukraine in the areas covered by the acquis.

Under the framework of the Association Agreement, Ukraine received 141 million euros in support for 2021. By comparison, that same year, Serbia, a candidate state with a far smaller population, received a little over 122 million euros through the Instrument for Pre-Accession Assistance (IPA). If Ukraine were to receive a similar level of funding in proportion to its population this would correspond to roughly six times the amount of support per year.

Second, Ukraine will now benefit from closer inter-institutional and cross-border cooperation to target the five main objectives and thematic windows of the IPA (rule of law, good governance, sustainability, competitiveness and regional cooperation). These represent the main targets of the conditionality process, which aims at ensuring the convergence of candidate states with EU standards.

In other words, candidate states can rely on the guidance and structure of European institutions to identify and work on areas that are necessary to improve before membership. Thus, a more efficient reform agenda can be designed and implemented, with a real European perspective as the outcome.

Nothing changes but everything is different

The speedy decision to grant Ukraine candidate status represents a shift in the way the EU has conducted the enlargement process since the fall of the Berlin Wall. The conflict in Ukraine is not the first time a war has raged at the EU’s borders. Throughout the 1990s, states in the Western Balkans were also at war and seeking the EU’s help and solidarity. But this did not result in the EU taking accelerated steps to integrate these countries. More than 20 years later, these countries are still not part of the EU, and their membership process is moving forward at a glacial pace.

This time, the EU has opted to do things differently. By granting candidate status to Ukraine early in the crisis, EU leaders have sent a signal with real and deep implications. It is symbolic at a time when Ukraine needs Europe to take a stand on its behalf, but it will also bring real and lasting financial and structural support to Ukraine in its quest for membership. This is the commitment that Ukraine needs right now.