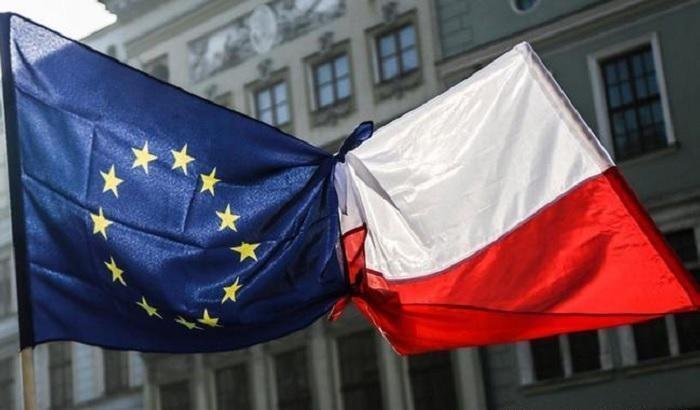 In December, the European Commmision has launched an unprecedented process against the Polish governement denouncing the clear risk of a serious breach of the rule of law in Poland. The politist Tomasz Grzegorz Grosse denies the well-founded of these accusations.

Both the current president and government of Poland have stated time after time that they support further integration within the European Union, and such a view is broadly shared by the majority of Poles.

Nevertheless, the Polish authorities would like the EU to be headed in a different direction to that in which it is currently heading. The EU, as politicians of the ruling Law and Justice (PiS) party like to put it, should allow its member states to play a greater role in forging the union’s future, simultaneously allowing them to strengthen their autonomy from EU institutions. A return of parity between member states is also advocated, meaning that more the EU’s more powerful members should not be able to impose their will on those considered weaker.

Polish proposals have not been met with any real enthusiasm by European institutions and some of the other EU member states. And yet while the direction of further European integration currently remains the bloc’s most divisive issue, it is not the only matter member states cannot agree on.

Opposed to the quotas of refugees

For several years, the Polish government has pointed out the need to concentrate on securing external borders and has opposed the EU’s quota system for refugees, emphasising that the admission of refugees and immigrants is a matter of national security and should, therefore, be decided at national level. Another issue is the future of the single market. Poland stands by the freedoms guaranteed by the EU’s many treaties, which include the free movement of services and labour, and opposes any restrictions on these freedoms, such as the recently proposed limitations on the rights of seconded workers. From Warsaw’s point of view, the proposed change would benefit only Western Europe, by raising rates of employment and competitiveness to the disadvantage of Central Europe.

Other divisive issues relate to the future of the climate and energy framework, defence policy, and the next multi-annual budget.

EU officials have maintained on many occasions that European law must be obeyed without exception, just as democracy and rule of law must be upheld. Nevertheless, it can be argued that some of the charges against Poland are rather dubious. For example, in the case of judicial reform, the European Commission (EC) considers different retirement ages for male and female judges to be a violation of gender equality rules.

The dispute over European values might also be seen as a dispute between social conservatism and liberalism. Politicians of the governing party in Poland consider the Europe’s Christian roots as the basis for any further EU integration. Such integration should be limited to European nations and their diverse values and traditions. They are sceptical when it comes to opening Europe up to non-European immigration, and question the premises of multiculturalism, which promotes the settlement of groups who not only find it difficult to integrate into European society but also openly defy European values and pose a threat to national security.

In Poland, support for PiS

However, such legislation already exists in other EU member states. In Poland, different retirement ages for men and women have been considered the norm for many years, and have never been questioned by the EC before. Additionally, the Polish Constitutional Court ruled in 2010 that the privilege of women to retire earlier is constitutional.

As a result, disputes within Europe are becoming increasingly heated. It is no longer a matter of different national interests, but also a deepening crisis of values, which makes reaching any compromise harder. The Polish government remains a supporter of integration, but it will not forego its national interests, national identity and national security. These sentiments are apparently shared by many in Polish society, with polls showing high levels of support for PiS. Simultaneously, the EU is trying to focus on maximising its interests by attempting to subdue Polish authority by applying political pressure over alleged ‘authoritarianism’, while radicalising its stance on accepted values. This conflict is therefore no longer simply about sidelining Poland but increasingly looks like an effort to ‘make it leave’ the EU.

Tomasz Grzegorz Grosse is a sociologist, political scientist and historian. He is a professor at Warsaw University and an expert at the Sobieski Institute

The views expressed in this opinion editorial are the author’s own and do not necessarily reflect Emerging Europe’s editorial policy.

His last report can be read on the following link :  http://cakj.pl/2017/09/21/the-prospect-of-euro-egoism-european-union-on-the-way-towards-protectionism/