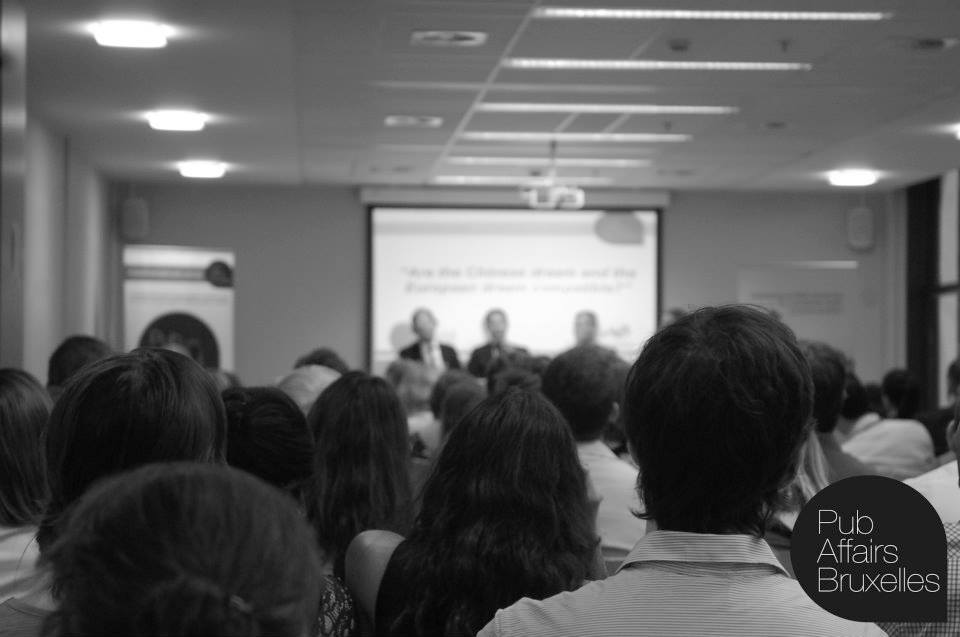 We are most pleased to invite you on the 9th of July to participate in an evening of discussion on the compatibility between the Chinese dream and the European Dream with our distinguished speakers:

The debate will be moderated by  Peter O’Donnell, Associate Editor at European Voice.

On March 17th, the newly elected President of China, Mr Xi Jinping, in his keynote speech at the first session of the National People’s Congress proclaimed China’s willingness to realise the “Chinese dream”. Although not yet well defined, the political slogan, already pronounced by Mr Jinping on November of last year at the National Museum next to Tiananmen Square, was forged in order to represent the new political course of the People’s Republic of China. Meanwhile, in Brussels, EU-China relations have gradually become the epicentre of another crucial debate. A series of grievances arising within and around EU institutions on Europe’s imbalanced trade relations with China have culminated in the Commission declaration of intent to pursue anti-dumping measures on Chinese solar panels and to initiate an ex-officio case on Chinese wireless communications networks.

In order to both better cope with global competition and to respond to the economic recession, the European Union has initiated a trade policy which envisages a greater use of free trade bilateral agreements in particular with several key partners, such as the US, Canada, Japan, India and Brazil. In the light of this wider picture, Mr De Gucht, the European Commissioner for trade, declared that the Commission position with regards to China should be considered as a part of a more comprehensive debate about trading relations with Beijing and warned about the risks of disunity among EU member states. The Chinese response was not long in coming: Chinese Premier Mr Li Keqiang and China’s Vice Commerce Minister Zhong Shan held informal talks respectively with several European leaders, including German Chancellor Angela Merkel, and the EU Commissioner for trade in an attempt to appease the Commission stances. Nevertheless, the Chinese delegation in Brussels released an outspoken message at the end of the meetings stating that “the Chinese government would not sit on the sidelines, but would rather take necessary steps to defend its national interests”.

These skirmishes were inevitably alarming for those worried about a possible aggressive turn on the part of China, as Beijing is also faced with major economic and social challenges, not exclusively due to the current economic momentum. In spite of the growth slowdown, the Chinese leadership is admittedly aiming at the full modernisation of the country and aims at becoming the largest economy in the world by the middle of this century. For these very reasons, China’s evolution and its domestic and international implications are headed to become yet another important test for the EU. The way in which the European Union will be able to shape its evolving relations with China will affect not only the European economy, but also Europe’s self-perception and its actual role within the international community. The current European dream sees Europe as the pillar of civil liberties and open markets, while the Chinese dream sees a future which rewards the lavish efforts in its recent history.

Are the two dreams compatible in the long term?

Sweden’s NATO bid: Is Erdogan blocking it to win the elections?