The debate will be moderated by Matthew Newman, senior correspondent for MLex. 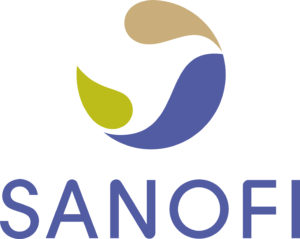 When the Commission President addressed the European Parliament in July 2014, outlining his “Agenda for Jobs, Growth, Fairness and democratic Change”, he stressed that “Europe maintains its global leadership in strategic sectors with high-value jobs such as the automotive, aeronautics, engineering, space, chemicals and pharmaceutical industries”. The EU healthcare and life science sector has played a major role in terms of knowledge advancement and economic growth by establishing a track record in scientific breakthroughs and innovative technologies as well as via its impact on R&D activities and manufacturing in Europe. While Health R&D is needed in order to be able to respond to any rise in healthcare expenditure, increased investment in R&D has a fundamental role to play both in improved patient care and economic growth in Europe.

Life science research and development facilitates improvements in patients’ health outcomes, allowing the development of more targeted treatments and the understanding of the biological processes behind diseases.  Furthermore, the need for life science R&D to address critical health challenges has most recently been illustrated by the debate around the global threat of antimicrobial resistance at the June 2015 G7 meeting in Germany, as well as by the EU-level discussions on current and future communicable disease challenges and broader aspects of the impact climate change could have on human health. An advanced and stable R&D and manufacturing presence in Europe are in this respect critical to ensure a prompt response to supply needs. In addition, the acceleration of scientific advances led by the human genome sequencing and biomedical research into personalised medicines appear crucial in order to integrate scientific breakthroughs into medical practice.

However, as the 2014 EU R&D scoreboard indicates, a poorer R&D performance of EU companies in high-tech sectors such as Pharmaceuticals has been registered, diminishing the total R&D increase of the EU sample and raising questions over the longer-term performance of life science R&D in Europe. This is compounded by the fact that “developing medicinal products is increasingly complex, expensive and risky” as research and development costs have increased in proportion  to increased understanding of the complexity of diseases.

The amount invested by EU companies across the board in R&D is only forty percent of the amount invested in the US, by the European Commission’s own calculations. Moreover, a significant gap between total spending on health R&D in Europe and the US remains. A multiplicity of factors impact on life science R&D investment decisions and trends in globalisation of R&D, with demographic, epidemiological and economic shifts transforming both healthcare practices and pharmaceuticals markets. The United States and China for example, have displayed a series of initiatives in an effort to improve their biomedical research as well as their productivity capacities.

Europe is under pressure to maintain its long-standing position as a centre for excellence in life science R&D. The time may consequently be right to reflect on what strategic approach Europe should develop for this sector  as ‘Health’ is  of vital societal importance for citizens’ well being. Can the EU win the global race in life science research and development?

The event will commence with a welcome drink at 7h00 pm, followed by a debate at 7h30 pm. After the debate there will be an opportunity for questions and discussions.  We look forward to seeing you at 7h00 pm on the 20th of October at Science14 Atrium, rue de la Science 14-B, Brussels.

Which role for IPR and brand protection in promoting EU growth?

Do equality and inclusion promote growth? The case of diversity management in European business

How automotive batteries are being turned into solar power storage