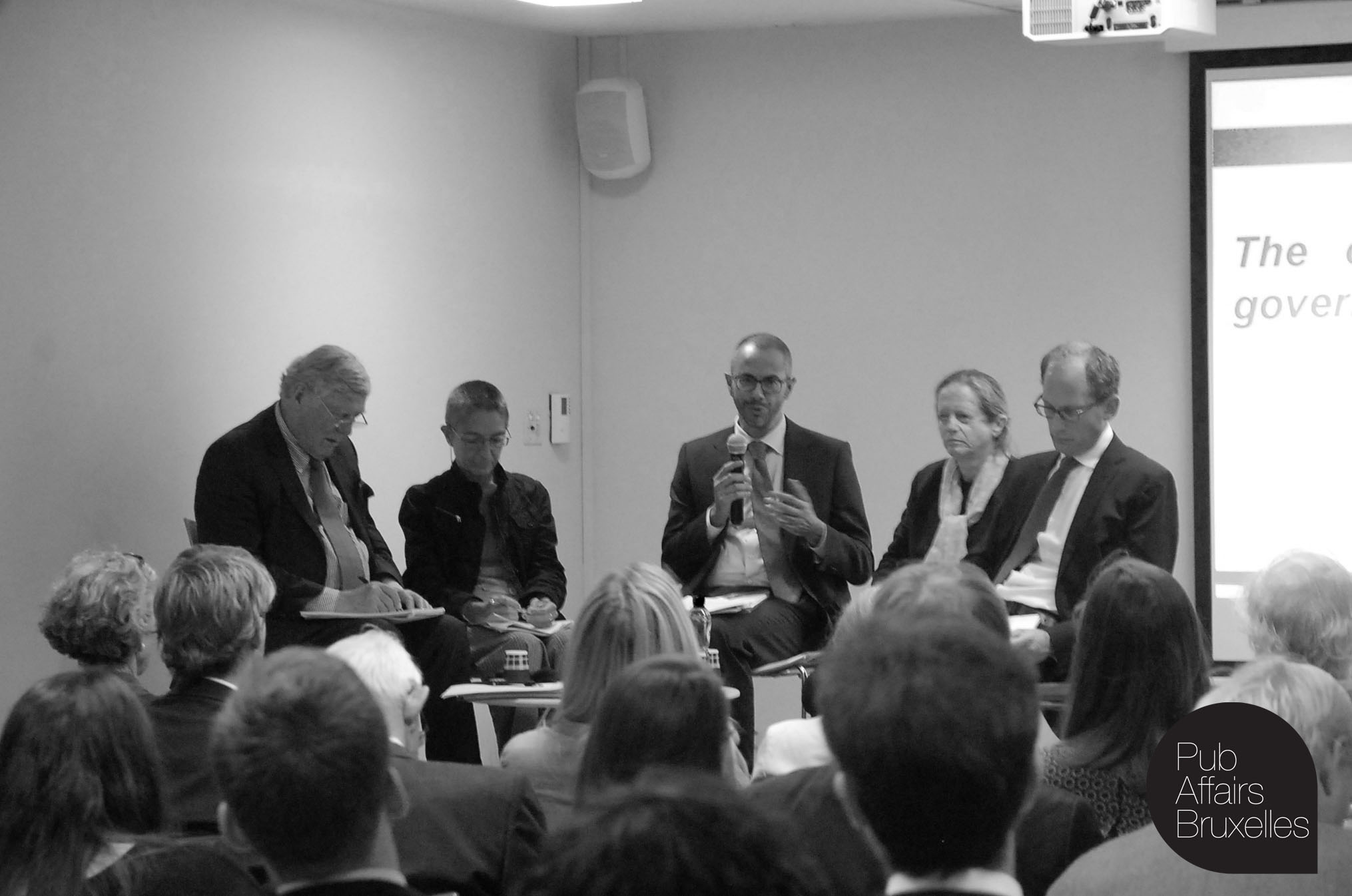 PubAffairs Bruxelles was delighted to host on the 22nd of September the debate “the challenges of the eurozone governance after the Greek crisis” with our distinguished speakers Mr Massimo Suardi, Deputy Head of Cabinet of Vice-President Valdis Dombrovskis, Mrs Elena Flores, Director for Policy Strategy and Coordination, European Commission, DG ECFIN, Mrs Pervenche Berès MEP, Member of the Committee on Economic and Monetary Affairs of the European Parliament, Mr Michele Ciavarini Azzi, President of the Union of the European Federalists – Belgium.

We would like to thank our distinguished guests, our moderator Professor Pierre Defraigne, Executive Director of the Madariaga – College of Europe Foundation and our sponsor, the Union of the European Federalists – Belgium for allowing this debate to take place.

We hope that all the contributors, attendees, as well as our present and future members will join us in the next debate which will take place on the 29th of September.